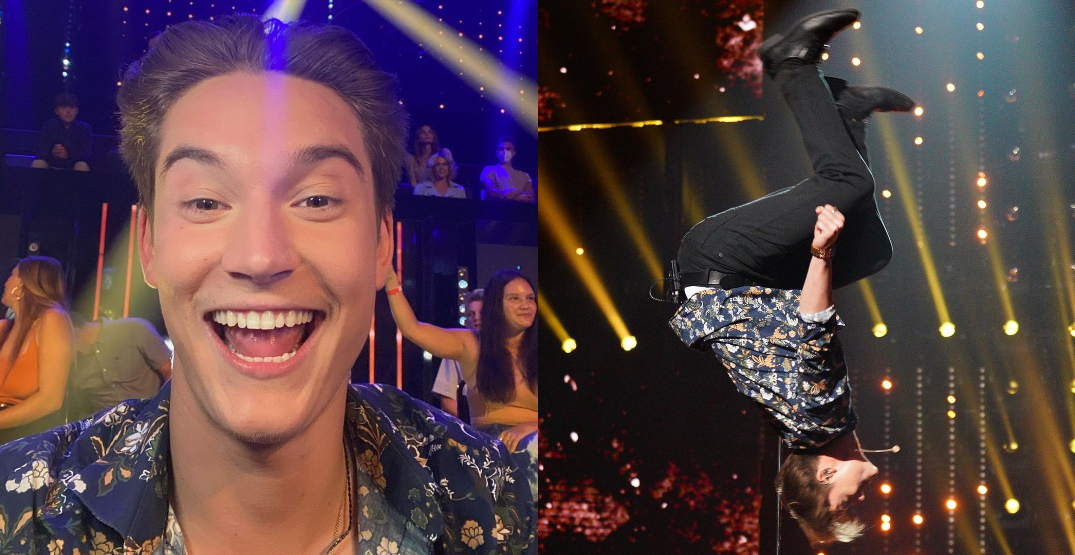 A charming BC teen on American Idol has made it to the top 20, and while he’s a strong performer, his backflips and questionable tattoo choices make him stand out.

It wowed the judges, who stood up to applaud the set.

“Hey, man, we get kinda enamoured with how fast you talk and your accent and your energy,” said Judge Luke Bryan. “But you stood up there and really delivered it and you showed how serious of an artist you’re growing into and becoming and I mean only on American idol do you see butt tattoos…”

On TikTok, Witcomb shared a video of his brother getting a giant American Idol logo tattoo on his buttock with his signature underneath, the result of a lost bet.

“I’m going to do something hilarious now, too, I’m going to get an American Idol tattoo if I make the top 10,” said Witcomb on the show.

Judge Katy Perry said, “It could have been a really small tattoo…but it was the whole buttcheek.”

“It took six hours; I paid for it,” said Witcomb

“If you adopt that next step of seriousness, that next gear, we’re all getting ‘American Idol’ tattooed on our ass,” advised Perry.

If the teen does get more ink, he will be adding to a collection. According to posts on his Instagram, Witcomb appears to have a “Too weird to live, too rare to die” tattoo on his abdomen with a plethora of bats.

Also, he’s rocking some ink on his chest including a Johnny Cash piece.

Should he add an American Idol logo on his butt?