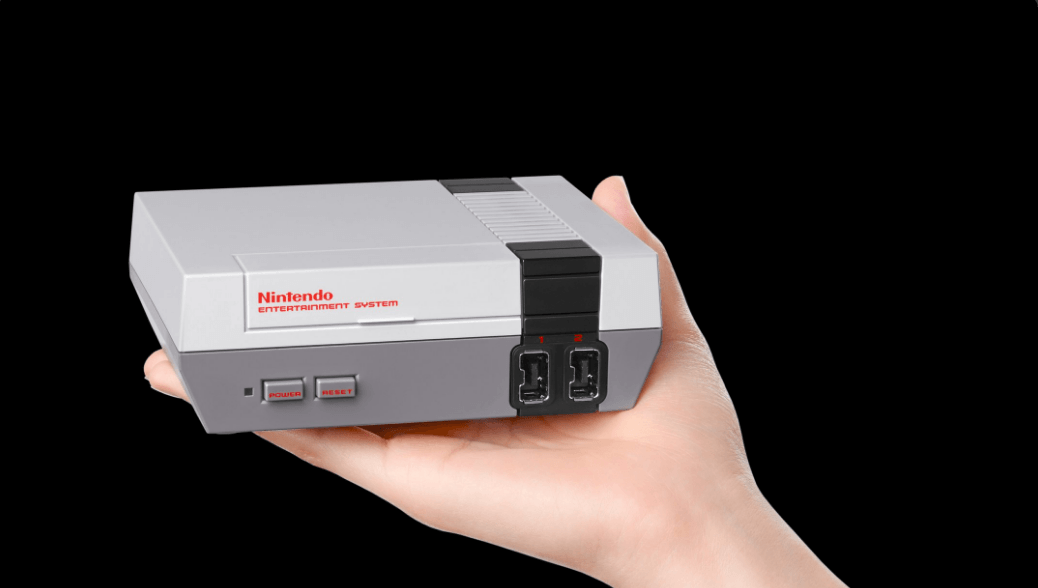 For anyone who thinks the game has changed, Nintendo is here to prove you wrong.

Well, they’re at least here to take you back to the future.

At a time when Pokemon Go is making roughly 70 trillion dollars a day introducing the world to the future of augmented reality, the legendary game maker has also decided to harken back to a simpler time. A time when controllers were plugged in, two buttons was more than enough choice, and Super Mario was still cool.

Which is to say, if you’ve always been a little more PAC-MAN than Pokemon, you’re going to be very excited.

On November 11, 2016, Nintendo will release the Nintendo Entertainment System: NES Classic Edition, a mini version of its classic ’80s console preloaded with 30 games. You’ll also get a classic square controller with cross directional pad and the A and B buttons. It’s going to be heaven.

The new Classic Edition will attach to your HD TV via HDMI – so no need to grab an 80s to play Punch-Out!!

The entire package – NES Classic Edition, 30 games, one controller – will run for $59.99 (USD) with extra classic controllers costing another $9.99 (USD) each.

Finally, a chance to return to a time when video games were played alone in a dark basement rather than collaboratively on city streets. Call us nostalgic, old, or both – but this couldn’t come at a better time.

The 30 games included with the Nintendo Entertainment System: NES Classic Edition will be as follows: