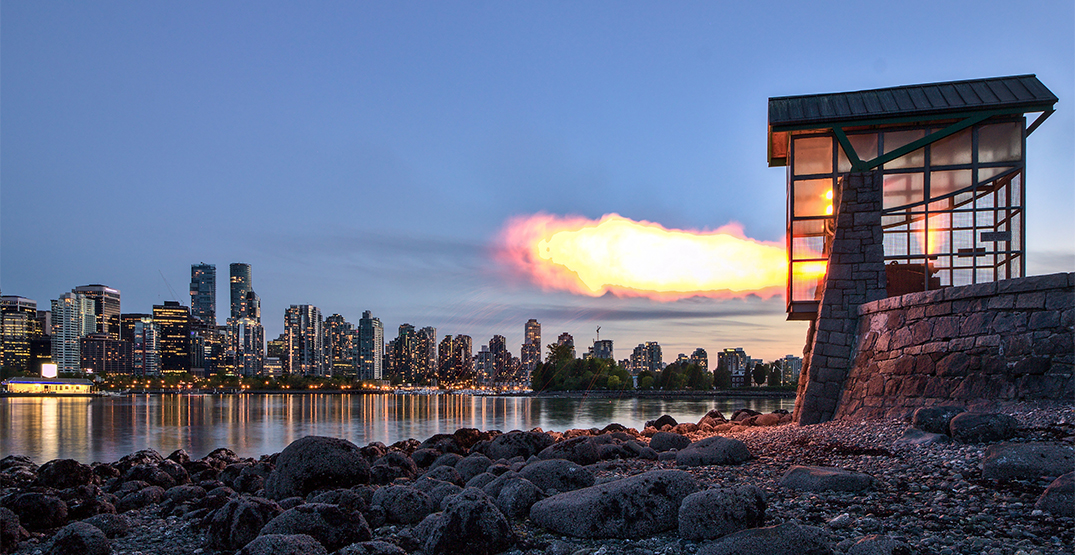 The familiar boom that usually echoes through Vancouver’s West End and Coal Harbour neighbourhoods every evening has been conspicuously absent this week.

The Nine O’Clock Gun has been standing silent ever since a windstorm on September 29. According to the City of Vancouver, a falling tree damaged a structure that’s used to prepare the cannon for charges.

“Staff are working to repair the structure and have temporarily suspended the firing until the issue is resolved,” City spokesperson Eva Cook told Daily Hive.

The old cannon sits in a glass house and usually fires every evening at 9 pm from the Coal Harbour side of the Stanley Park Seawall. It’s done this almost every night for approximately 100 years.

For a few months at the beginning of the COVID-19 pandemic, the gun was fired at 7 pm in support of essential workers. But it went back to its regular 9 pm schedule in the summer of 2020.

Someone on Twitter made an account for the gun, and regularly tweeted “BOOM” at 9 pm in the evening.