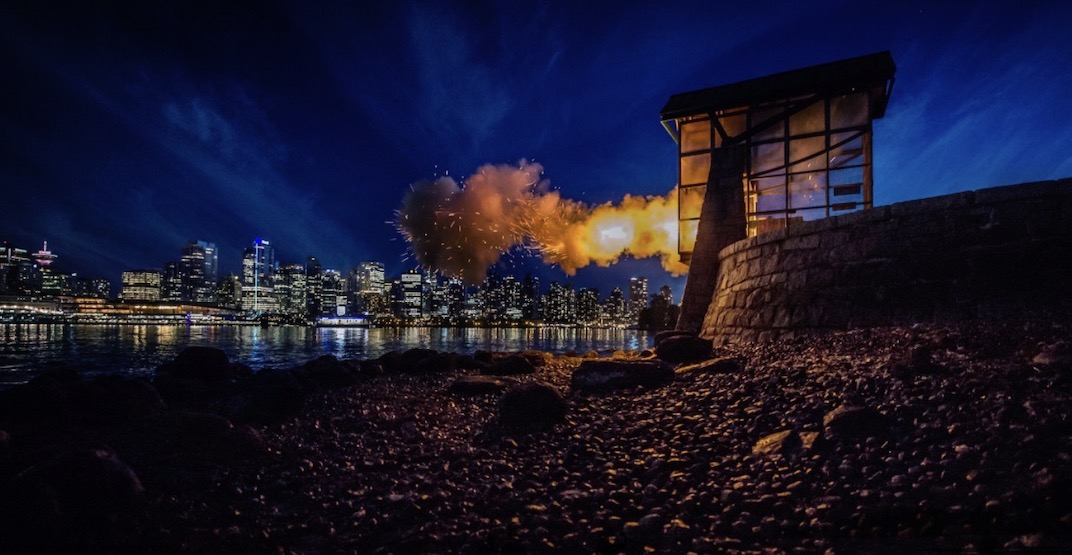 The Vancouver Park Board announced its iconic Nine O’clock Gun will fire at 7 pm every evening starting Monday, March 30.

Instead of the 9 pm firing, this change two hours earlier will honour the healthcare heroes who have been working on the frontlines of the coronavirus pandemic.

The 7 pm applause and cheer has become a daily ritual for folks in Vancouver and beyond.

“Our city is experiencing unprecedented times of uncertainty and change,” said Camil Dumont, chair of the Vancouver Park Board, in a statement.

“The 7 PM salute to health care workers has done much to bring people together and remind all of us of what’s really important. If we, at the Park Board, can help amplify that message of solidarity, we are more than happy to.”

Folks can keep an ear out for this until the end of April.

The cannon was a gift from Britain to Canada in 1856, and was brought to Stanley Park in 1894 for the original purpose of warning fisherman of the 6 pm Sunday close to fishing. Later on, it began firing at 9 pm to allow chronometers of ships in port to be accurately set to the current time.