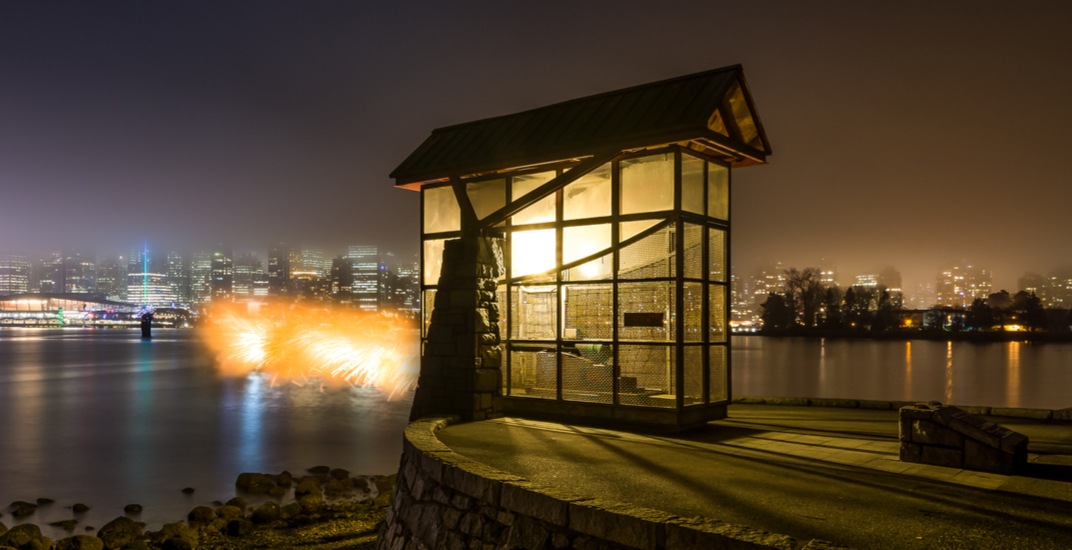 It’s been a staple in Vancouver’s Stanley Park for more than 100 years and continues to faithfully make its presence known every evening.

Of course, we are talking about the park’s famous Nine O’Clock gun.

The sound of the gun is a sign of times gone by (and to a certain extent, a heads-up as to what time it is on any given evening.)

But what about those who want to get know the gun? To go beyond just the nightly shots and really connect with a piece of Vancouver history?

Well, as it turns out, this may be more possible than you thought: The gun boasts its own Twitter account.

So just what does a gun have to offer its 674 followers? Like clockwork, @the9oclockgun tweets its thoughts at the same time of the nightly event.

What sort of things does does it say?

Yes, as it has 1,974 times now (at the time of writing), the Nine O’Clock gun faithfully fires off a virtual round of ammo right on the hour. 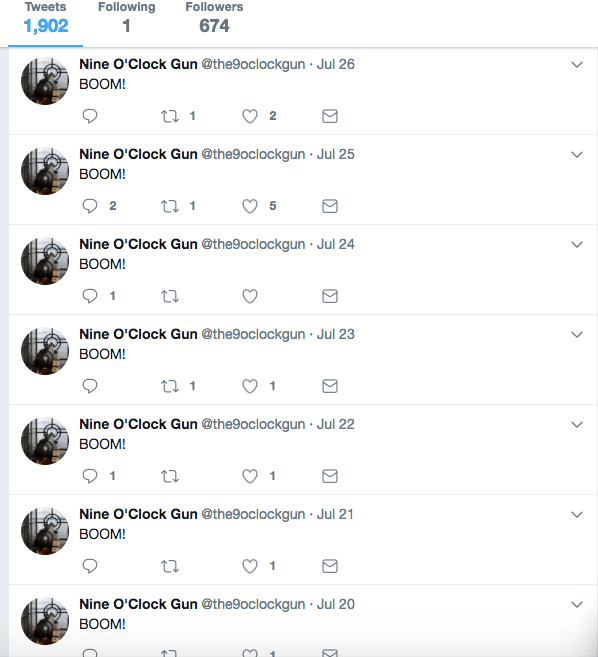 A small sample of sone of the gun’s tweets.

And thanks to the magic of the internet, you never have to miss another nightly firing, no matter where in the world you may be.