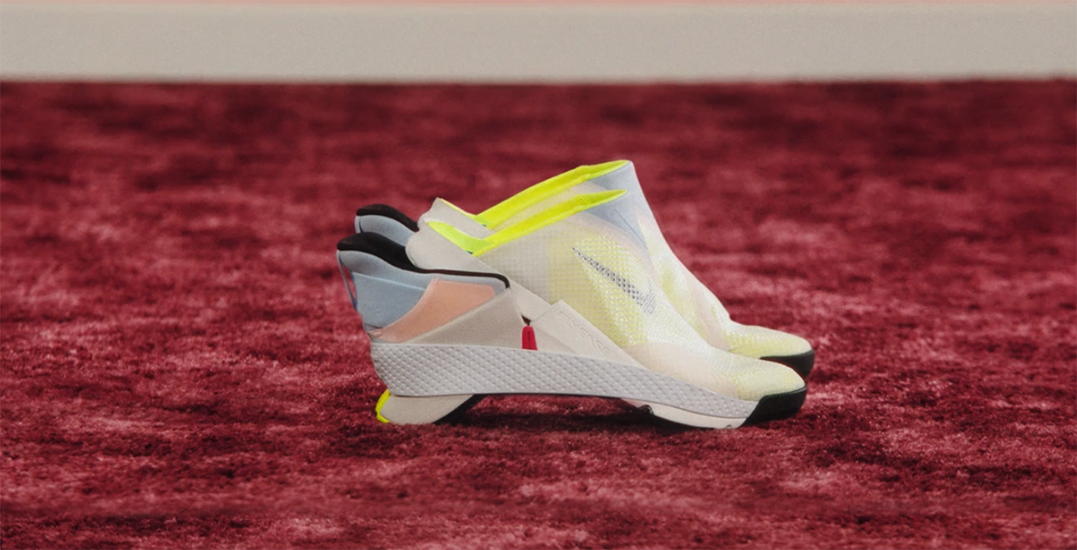 Nike has revealed the design of its first-ever hands-free shoe, the Nike GO FlyEase.

The sneaker uses what Nike describes as a “bi-stable hinge.” The forefoot and the heel sections of the shoe are connected by a hinge at the midsole that connects the shoe when it’s open and closed. 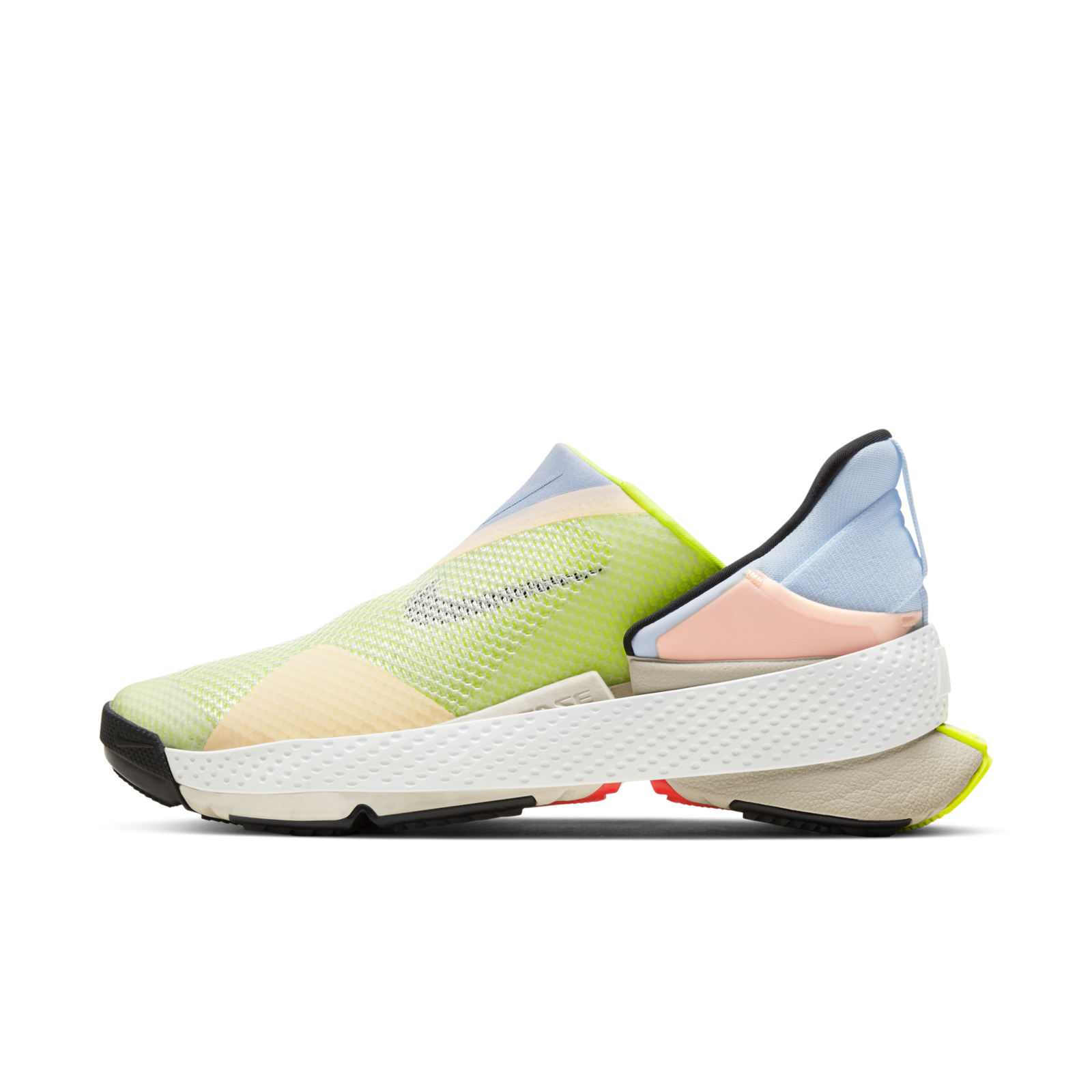 Tim Hopkins, Principal Innovation Engineer at Nike, explained that part of the design inspiration came from how people slide on shoes when they’re in a rush.

“How do you get in and out of a shoe today?” he explained in a video. “You do that by taking one foot, putting it behind the heel of the other and then yanking that foot out.” 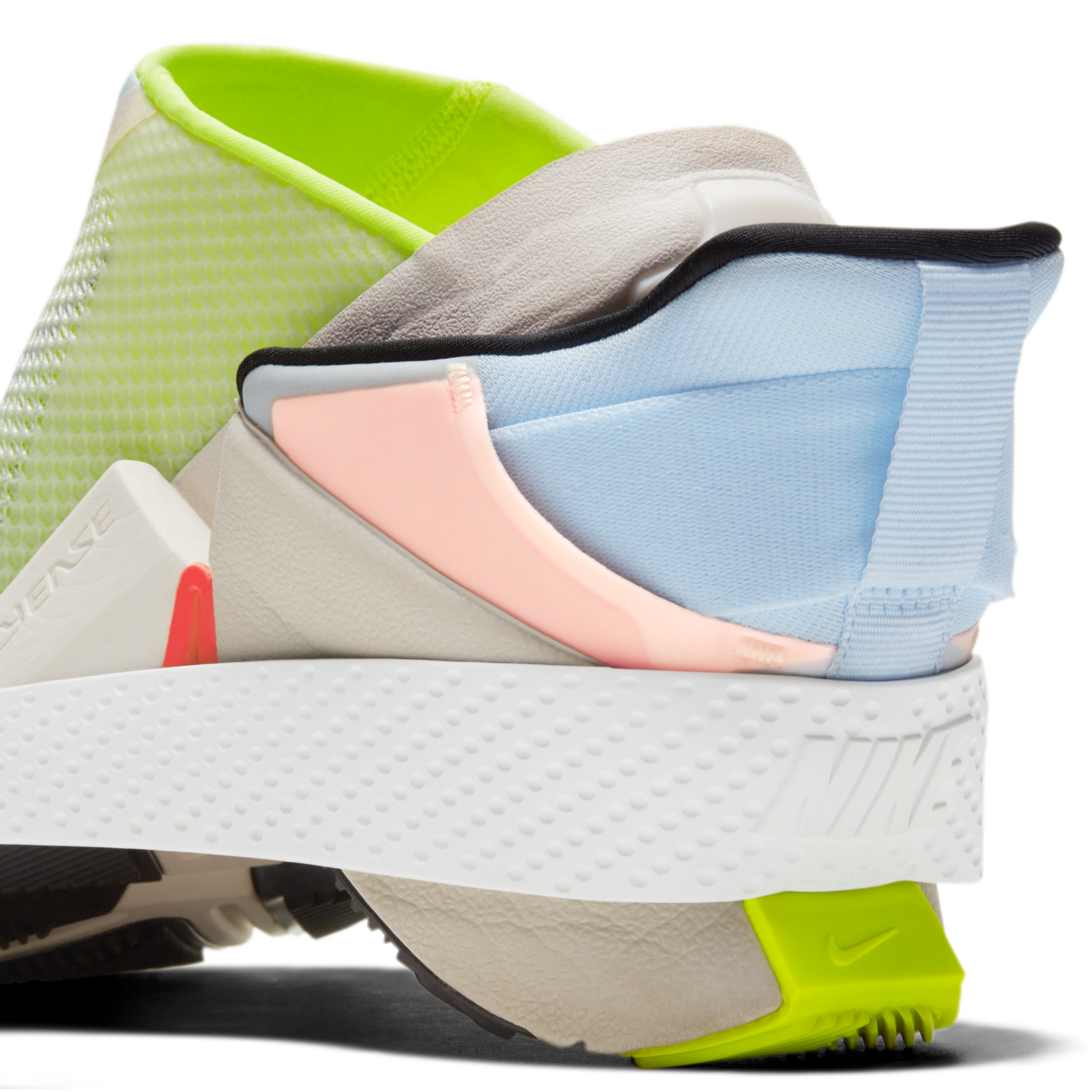 “To get back in you slide your toes in and then you jam your foot in the rest of the way by crushing the heel counter. I started to realize that maybe what we should do is design a shoe for that behaviour.”

The body of the shoe is also connected by a band that wraps from both sides of the toe and around the heel. Dubbed the “tensioner,” it acts as a giant rubber band and keeps tension in the shoe in both its open and closed state. 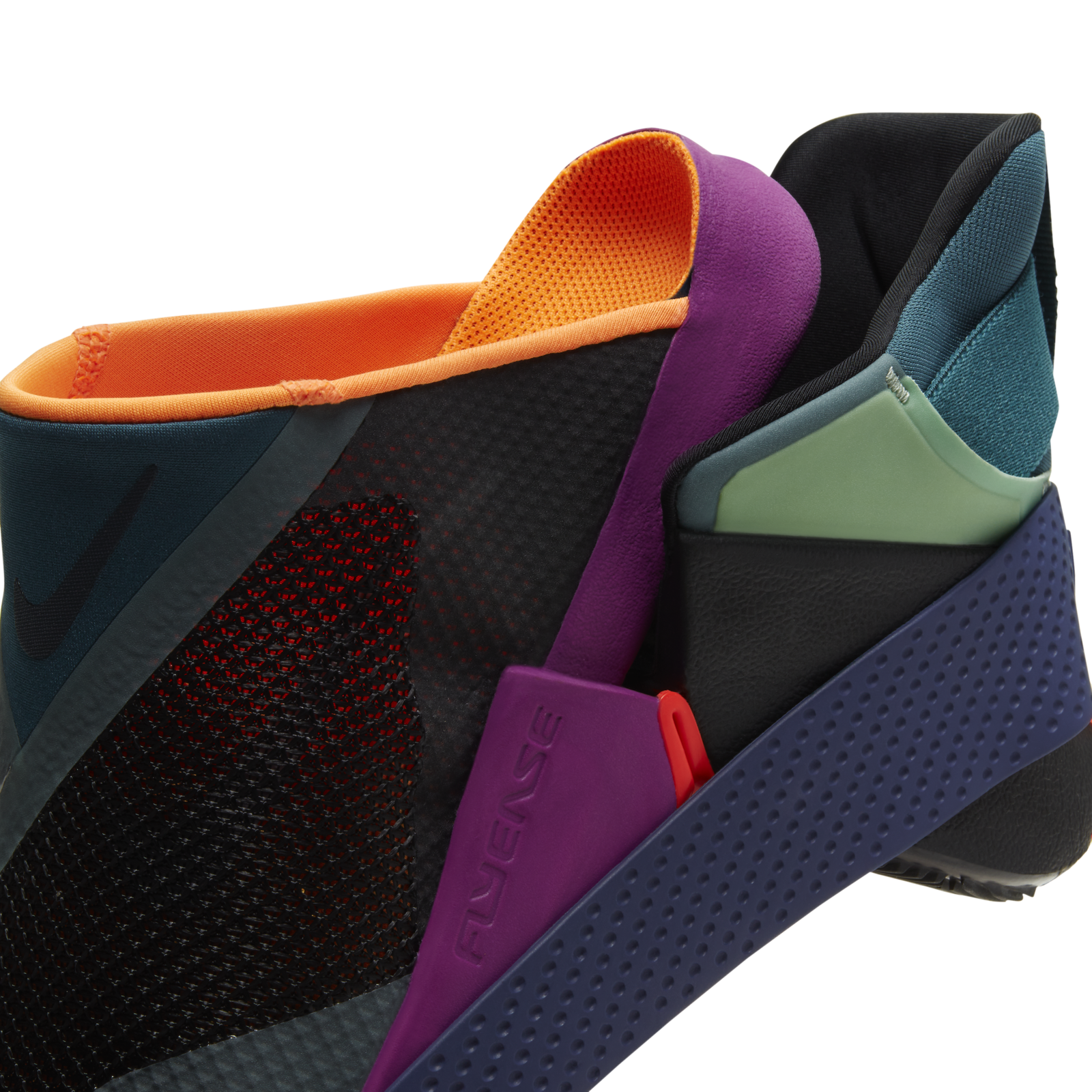 The tensioner band maintains tension throughout the shoe in both its open and closed states.

According to Nike, the patent-pending design is catered to “the broadest range of active lifestyles possible,” whether it’s an athlete, a student, or a parent.

Tonight Show host Jimmy Fallon, who was one of the first individuals to receive the shoe, also pointed out how valuable the design is to those who may face mobility or accessibility challenges.

He was sent a pair of the Go FlyEase and shared a video on Instagram, displaying how one could step in and out of the shoe with relative ease.

“This could be good for anyone with disabilities who can’t tie their shoe, or the elderly, or people that can’t bend down and put their shoe on but they want a sneaker,” Fallon says.

Three colourways of the Nike GO Flyease have been revealed to date and the silhouette will be made available by invite to select Nike members, before being made more widely available later this year. 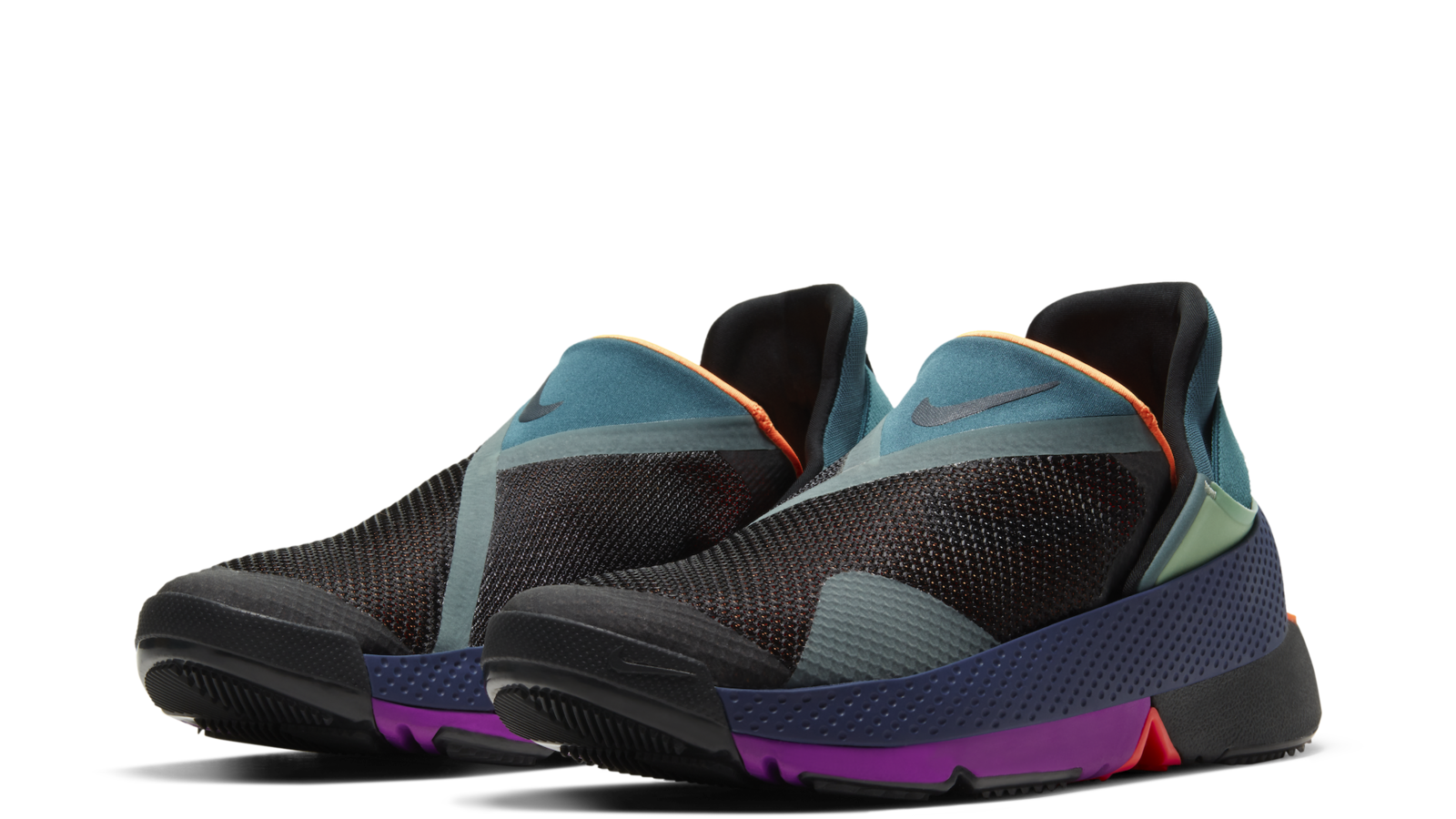 The Nike GO FlyEase in black, turquoise, and crimson (Nike). 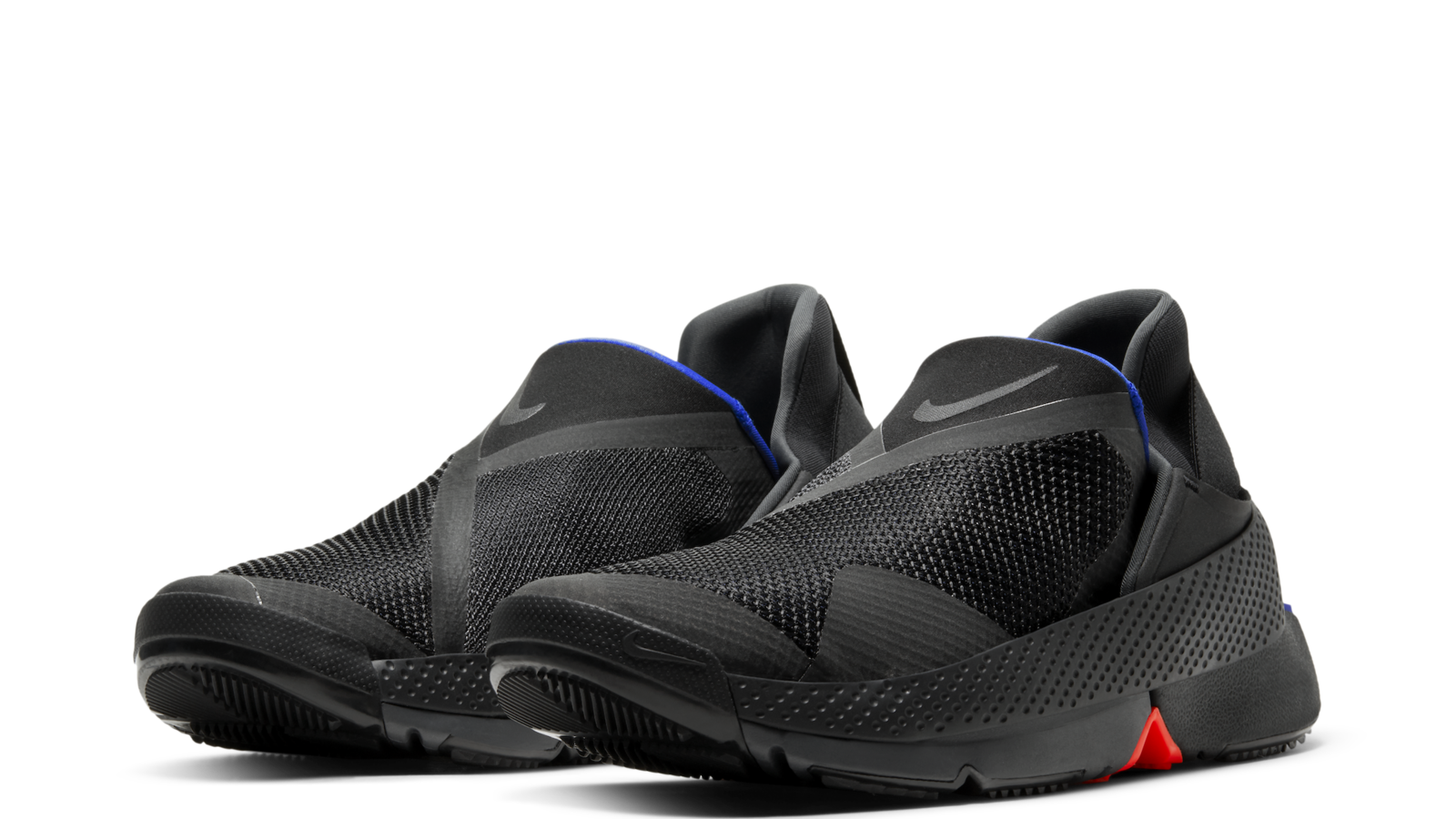 The Nike GO FlyEase in black, anthracite, and blue (Nike).