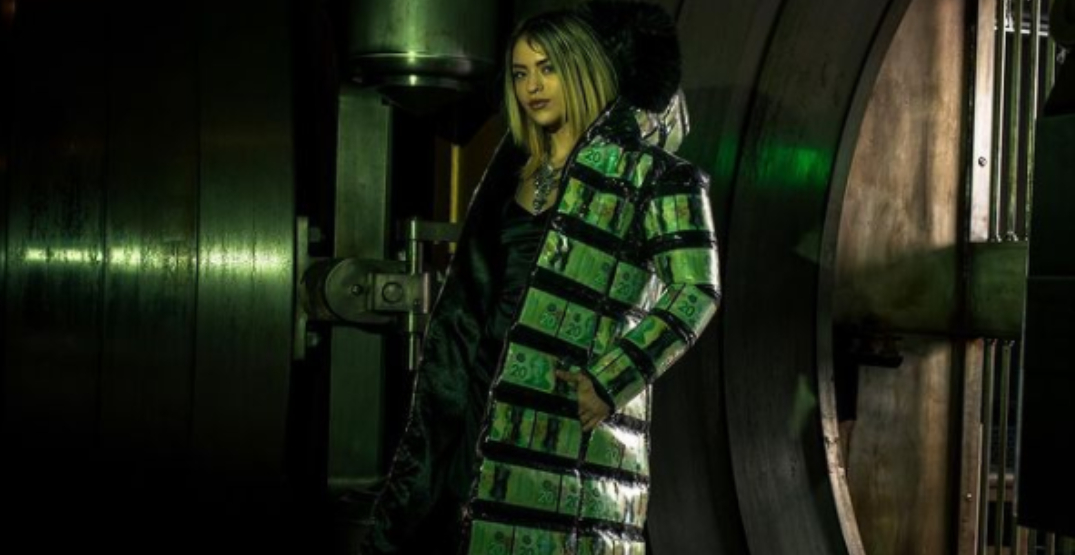 A Canadian fashion designer has created a winter coat stuffed with more than $2,000 in crowdfunded cash.

Dee Silkie created the aptly named Money Coat in order to raise awareness of the fact that many small designers have their money wrapped up in their inventory.

To be able to make a profit, manufacturers set a minimum order quantity (MOQ), which is the smallest number of items they’ll accept for a production order.

This forces designers to make large purchase orders so that they can drive down the price of their items for consumers, Silkie explains.

“This really sucks because you either have to make a smaller MOQ, making your clothing cost more, or you buy more to try and drive your price point down for the consumer,” she said.

The Toronto-based designer began creating the Money Coat about a year ago.

Frustrated with manufactures, inventory, and fast fashion, she had the idea to create a piece of wearable art that would showcase the issue she was facing – literally.

Sharing some of the struggles she’s dealt with in the fashion industry, Silkie asked her Instagram followers to help her crowdfund the cash.

She sent anyone who donated more than $30 a piece of leftover inventory, and reached her initial $1,000 goal in just four days.

Silkie documented the entire process – from finding a zipper to deciding on American or Canadian bills – on her TikTok account. The videos have garnered her nearly 100,000 followers, and over two million likes.

While Silkie admits that she doesn’t know how she’ll sell the coat, she has hopes that it can be worn by an A-list celebrity before being put in a museum.

Wherever the Money Coat ends up, let’s hope there’s a lot of security.