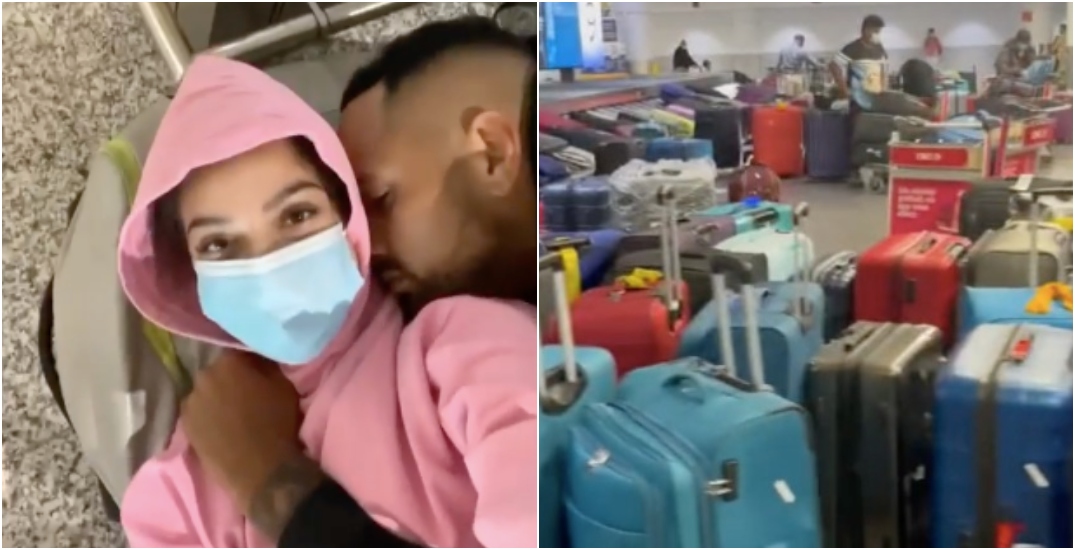 Fresh off a loss at the hands of Novak Djokovic at the Wimbledon finals, tennis star Nick Kyrgios is dealing with airport chaos at Canada’s largest airport.

On Wednesday morning, Kyrgios shared a reel from his girlfriend Costeen Hatzi showing the couple laying down at Toronto Pearson Airport at 8 am ET.

No additional information was shared as to where the couple was departing from or heading towards but you could assume the duo was (literally) lying over after the oldest tennis tournament in the world — which is played out of England.

On Sunday, the unseeded Australian was denied a maiden grand slam title after a dramatic four-set loss to Djokovic.

Airports across the country have been dealing with absolutely chaotic luggage losses and flight delays since June. As a result, Air Canada — the biggest airline in the country — announced it will be slashing several flights from its schedule for July and August.

Air Canada President and CEO Michael Rousseau shared that the carrier is making “meaningful reductions” to the schedule in order to reduce passenger volumes and bring operations to a flow that the air transport system can accommodate.

“Now, after more than two years, global travel is resurgent and people are returning to flying at a rate never seen in our industry,” said Rousseau in June. “Regrettably, things are not business as usual in our industry globally, and this is affecting our operations and our ability to serve you with our normal standards of care.”