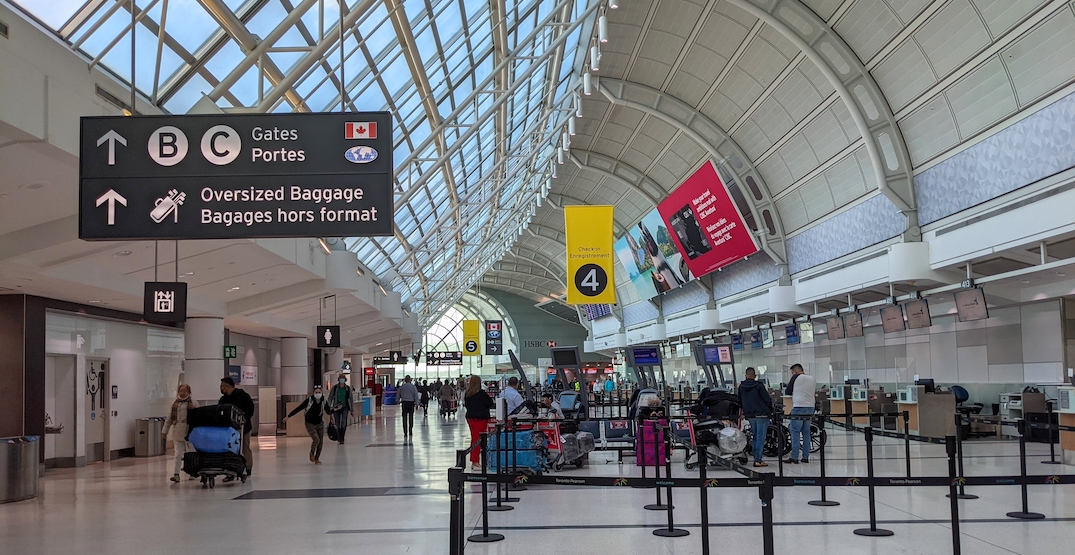 Toronto Pearson International Airport is very often called “the worst.” Yesterday, though, it really was.

According to data from FlightAware, Pearson had the most delayed departing flights of any airport on earth yesterday.

Forty-six percent of the flights that landed at the airport yesterday were delayed, too. Percentage-wise, only three airports delayed more arrivals than Pearson did. But, based on the number of flights — 283 — Pearson was second-worst in the world.

Despite the headache-inducing delays, very few flights passing through Pearson were cancelled outright. Two percent of departures (16 flights) and 3% of arrivals (21 flights) were cancelled on July 11, according to FlightAware.

The data shows that other Canadian airports didn’t even come close to the number of delays reported at Pearson yesterday.

Only 34% of departures (138 flights) from Vancouver International Airport were delayed, while 36% of arrivals (142 flights) were late.

At Montréal-Pierre Elliott Trudeau International Airport, 36% of departures (128 flights) and 34% of arrivals (114 flights) were not on schedule.