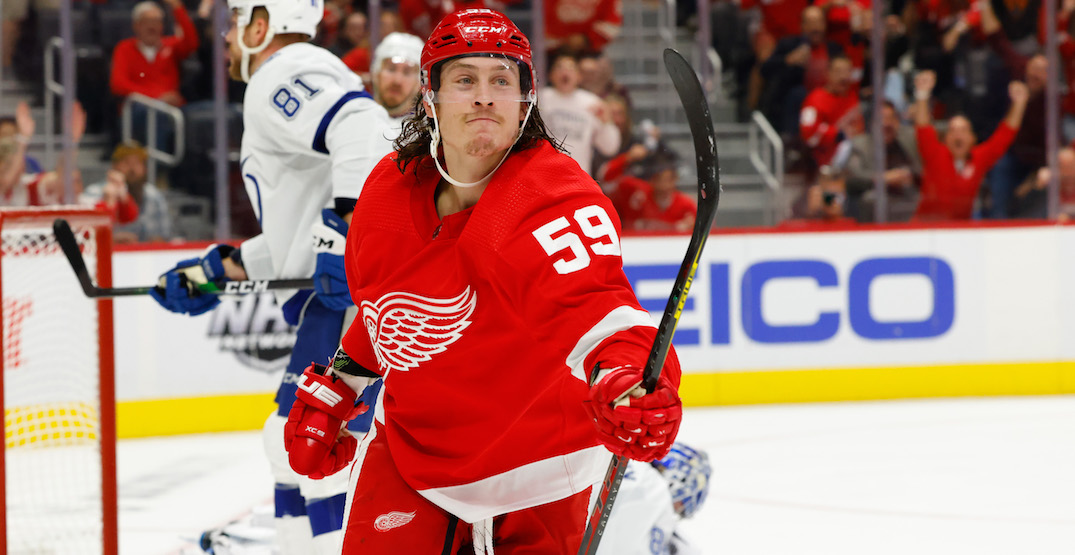 As the NHL’s only unvaccinated player, Tyler Bertuzzi was prepared to face ridicule and lose approximately $450,000 in salary this season.

The other risk he faced was getting COVID-19.

The Detroit Red Wings announced that their unvaxxed star player has entered COVID protocol prior to tonight’s game against the Seattle Kraken.

UPDATE: The #RedWings
have placed forward Tyler Bertuzzi in the NHL's COVID-19 protocol.

Because he is unvaccinated, Bertuzzi can be suspended without pay by the Red Wings according to NHL rules. He has already been deducted pay for three games he had to miss because they were played in Canada. Bertuzzi is Canadian, but he would need to quarantine for two weeks if he entered the country.

While the jokes write themselves, getting COVID as an unvaccinated player could have serious consequences — even for an NHL player in great physical condition. Brandon Sutter still hasn’t played a game this season after he was one of the many Vancouver Canucks players that was rocked by the P.1 COVID-19 variant last spring. He has long-hauler COVID symptoms and still isn’t close to returning to the game action.