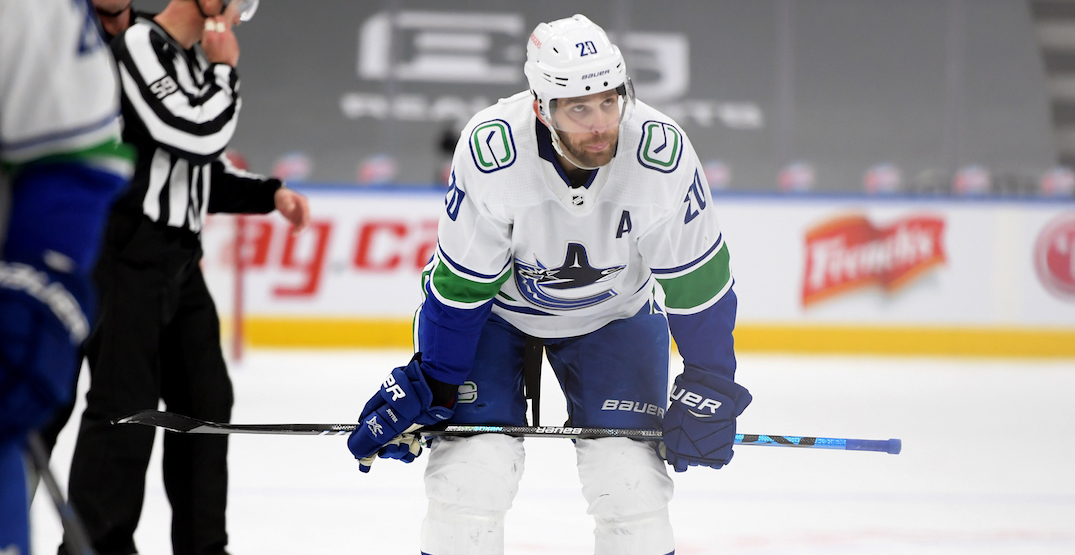 Last spring the 32-year-old centre was one of many Vancouver Canucks players rocked by the Gamma variant (known as the P.1 variant at the time), going on the NHL’s COVID list on April 3. Sutter has been out of the Canucks lineup throughout preseason with what GM Jim Benning described as “fatigue,” and he’ll miss the start of the season too.

“He’s going to be out for a while,” Benning told reporters today. “He’s not going to be back anytime soon. Once he feels a hundred per cent better, then we’ll get him back up skating and get him in shape, and then he’ll start skating. There’s no timeline on him.”

Sutter hasn’t skated with his teammates yet, and the Canucks announced that he’s on the team’s injured reserve list.

“He’s experiencing some of the symptoms from COVID — I guess they call it being a long hauler. He still has some issues that he’s working through with that. The first step for him is to get feeling better. Once he’s healthy enough and he’s feeling better, then he’ll start working out and back out on the ice.”

His father, Brent Sutter, went into detail about how badly Brandon was feeling last season with Sportsnet’s Eric Francis. “He was pretty down and out, feeling pretty sick,” Brent said on April 5. “He’s got symptoms — body aches, headaches, chills.”

Boeser on IR too

Boeser hasn’t played since the Canucks’ first preseason game in Spokane on September 26, but is skating and considered day-to-day.

Newly-acquired Juho Lammikko is on the opening night roster, and is expected to fill in for Sutter as the team’s fourth-line centre.

Alex Chiasson, who was on a pro tryout contract and featured prominently in preseason, is still unsigned. The Canucks could still add him to their roster, but they would have to demote someone to the AHL to make it happen.

Travis Hamonic, who is still away from the team for “personal reasons,” cleared waivers. Benning still isn’t getting into specifics, but said “it’s bigger than what you guys think it is.”

Benning also confirmed that the entire team is now fully vaccinated. At this point, it’s unclear if Hamonic will report to the Abbotsford Canucks.