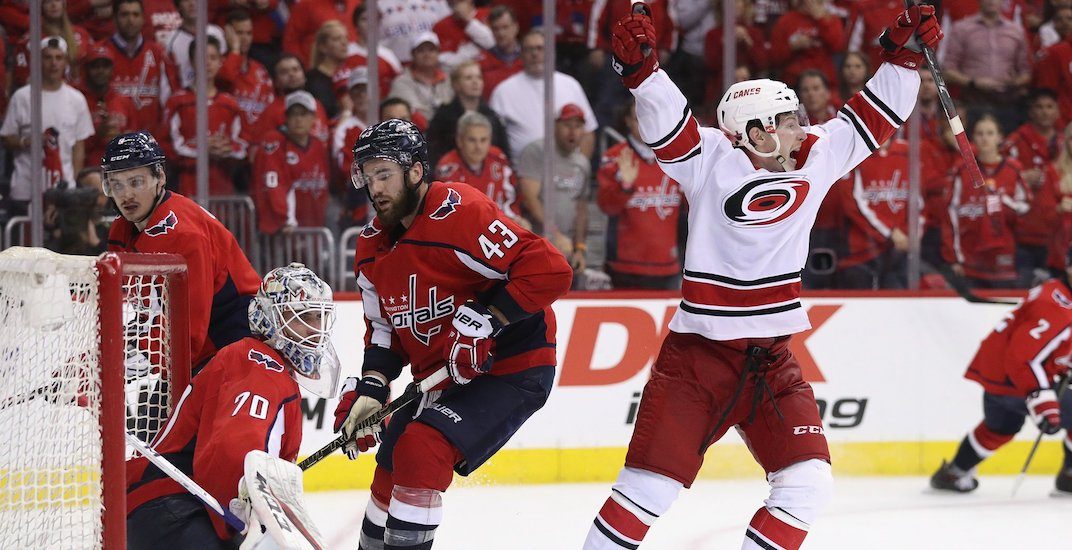 The most unpredictable first round ever in the history of the Stanley Cup playoffs has come to an end.

What a wild couple of weeks it has been.

For the first time ever, the second round won’t feature a single division winner, as the Carolina Hurricanes upset the defending Stanley Cup champions in double overtime of Game 7 on Wednesday. And wouldn’t you know it, ‘Mr. Game 7’ himself, Justin Williams assisted on the winning goal.

The goal heard round the world! pic.twitter.com/dRun0WgIhz

The Washington Capitals were the only division winner to even win three games this spring, as the Nashville Predators (lost in six games to Dallas), Calgary Flames (lost in five games to Colorado) and Tampa Bay Lightning (lost in four games to Columbus) all suffered shocking playoff exits.

After defeating the Winnipeg Jets in Round 1, the St Louis Blues will have home ice advantage against the Dallas Stars in the Central Division Final. They begin their series on Thursday.

Also beginning right away are the Columbus Blue Jackets, who haven’t played a game in over a week. They’ll begin on the road in Boston, against a Bruins team coming off a seven-game series victory over the Toronto Maple Leafs.

The other two series begin on Friday. The surprising Colorado Avalanche will start on the road in San Jose, against a Sharks team that just completed perhaps the greatest Game 7 comeback victory in NHL history.

The Carolina Hurricanes have no time to rest before their series against the New York Islanders, which begins in Brooklyn. The Islanders are well rested, having completed their sweep of the Pittsburgh Penguins nine days ago.

Here’s the second round schedule: