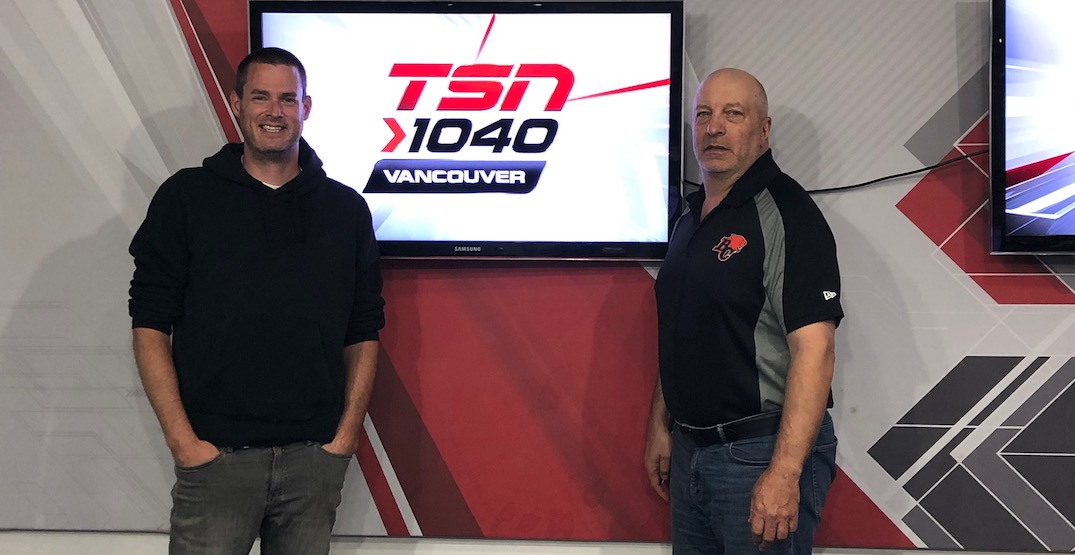 When Don Taylor and Rick Dhaliwal announced their return to the airwaves with CHEK TV earlier this week, many were wondering where Taylor’s longtime co-host would end up.

Bob ‘The Moj’ Marjanovich, former co-host of TSN 1040’s ‘Donnie and The Moj’ show, isn’t following Taylor to television. Instead, I’m told that Marjanovich is keeping his options open.

At this point, Marjanovich is in a holding pattern, awaiting news on where the BC Lions radio rights might land. ‘Moj’ has spent the last few years calling play-by-play for the Leos on radio and is will most likely remain in the role when the Lions do find a new home. Signing on to another station at this point could put him in an awkward position by accepting a role at a competing station in the market before the Lions broadcast deal is settled.

The BC Lions and TSN 1040 had a broadcast deal that ran through the conclusion of 2022 season, which could delay any new deals or announcements from the Lions on their broadcast future. There was no update to that agreement at time of publishing from either side.

The Vancouver Whitecaps are still looking for their 2021 radio partner, if the club moves in that direction.

The Whitecaps weren’t tied to any radio deals in 2021 and are free to go wherever they please. One source told me that “if TSN 1040 was still on-air, it would not be attempting to retain the rights as it wasn’t a ratings driver.” Both 1040 and sister station 1410 had cut back on their Whitecaps programming over the years, after starting the team’s inaugural MLS season in 2011 with a two-hour pre- and post-game show, along with the Whitecaps FC Daily show.

The Lions aren’t the only team that was tied to TSN 1040, as the station had broadcast rights to the Seattle Seahawks, Seattle Mariners, and Westwood One, which broadcasts NFL games, NCAA March Madness, and the Masters.

“At this point, we cannot provide a comment as we are looking at how we can legally opt out of the deal,” said one American executive who wished to remain anonymous.

The Seattle Mariners are in a tough position as opening night is April 1 versus the San Francisco Giants.

“Our fans in Vancouver and the BC area are very important to us, and I know that ESPN 710 (Mariners home rights-holders) in Seattle is working hard to identify a solution,” said Tim Hevly, Mariners VP of Communications.

One Vancouver FM station is rumoured to be considering flipping formats to all-sports, and could be interested in some of the properties mentioned above. The station is said to be in discussions with the CRTC on how that would work. The ownership group has also had discussions with many former 1040 employees, including Marjanovich, gauging their interest if a flip happens.

Other names mentioned to me as having had at least a discussion with the station include Taylor, David Pratt, Matt Sekeres, Iain McLetchie, and Dave Sheldon. The CRTC would need likely need to approve the new format before the station could make any big offers to anyone.

Speaking of all-sports radio stations, Sportsnet 650 has remained relatively quiet through the departure of TSN 1040. Many sports radio fans may have thought a wave of 1040 personalities might head over to Sportsnet, but so far that hasn’t been the case.

While nothing is immediate, I’ve been told by numerous sources that Sportsnet 650 could make some changes coming up in September. A number of hosts are on contracts that are set to expire later this year after signing four-year deals when the station launched in September of 2017. With talent available, Sportsnet could choose alter its lineup to start the important fall ratings guide.

The names I have heard mentioned most in connection to Sportsnet 650 are Mike Halford and Jason Brough, who made up the TSN 1040 morning show.

If any changes are made, don’t expect them to be made until after the end of the Canucks season at the earliest.