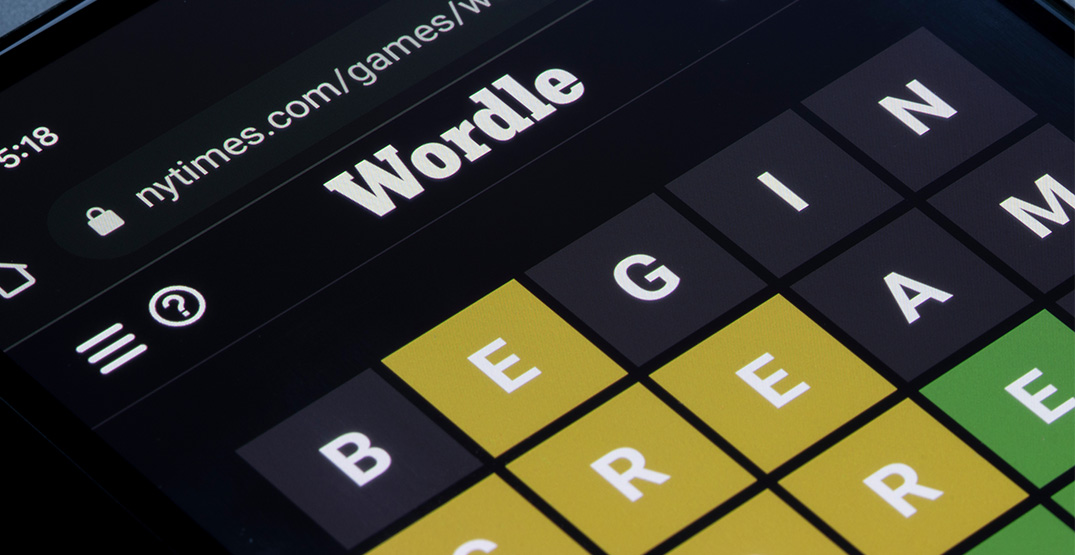 The New York Times has officially taken over Wordle, and so far, fans are not impressed.

Wordle, released to the public last October, charmed players with its earnest simplicity — just a free word puzzle on a no-frills website that you could play once a day and share results with your friends.

So, the reactions weren’t so welcoming when a corporate entity announced that it purchased the popular word game for an “undisclosed price in the low seven figures.”

Now that fans have had a chance to play the puzzle hosted on the NYT site, they’ve noticed that the answers are becoming more obscure.

If, for whatever reason, you haven’t played the viral game, the premise is simple. You have six chances to guess a five-letter mystery word. Played on a five by six grid, the game tells you which of the letters you’ve guessed are correct, incorrect, or placed in the wrong spot on the grid through colour coding.

The words before the NYT takeover were fun and simple — drink, tiger, panic, to name a few. Now, fans are complaining that the publication is “going to the dusty section of the dictionary to find five-letter words.

Is it just me, or ever since Wordle got bought by NYT, the words have gotten too complex? They were simple words before, now they’re going to the dusty section of the dictionary to find five-letter words pic.twitter.com/5EBIQj20Vb

On Wednesday, for example, the answer was caulk. One Twitter user said The Times is “trolling millennials,” essentially people “who don’t own their own homes.”

Today’s Wordle is designed to wind up people who don’t own their own homes. NYT trolling the millennials, absolute scenes

Other words to come out of the takeover are ulcer and cynic.

Many people online joked about the increasingly evasive answers from the puzzle.

NYT: No, we did not make Wordle harder. We promise.

NYT: Nothing will change with wordle
Everybody: … really?
NYT: We promise
Everybody: ok
NYT: Today’s word is ZIBEB

Others used films to compare the independent version of Wordle with The Times version.

Playing the independent version of Wordle vs. NYT Wordle pic.twitter.com/WWVi5g8SYH

Many expressed how The Times “ruined” the puzzle game.

Genuinely surprised at the speed with which the NYT ruined Wordle

Some fans think people are overreacting, and are defending the NYT takeover.

People that think the NYT made Wordle harder are weak

Besides the more challenging words, others are upset that the new Wordle reset their streaks, despite the original creator’s promise to preserve them.

we all knew wordle moving to nyt would be bad. But resetting my streak? Unforgivable.

While The Times has said the game would “initially remain free,” there could be a future where the beloved game is behind a paywall.

Not to worry! Daily Hive has compiled a helpful list of free Wordle spin-offs catered to specific interests you may have. Find it here.