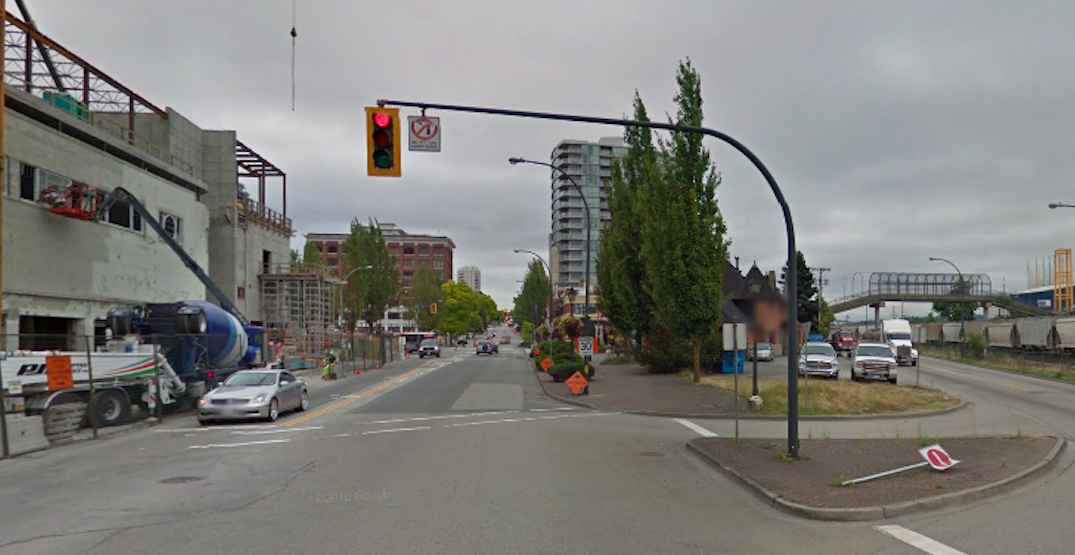 A section of street in New Westminster’s downtown core will closed to all traffic starting today until October of this year.

The closure around the intersection of Front Street and Columbia is to allow for Metro Vancouver to undertake sewer system upgrade work.

“This work will involve the construction of three large sewer pipes and two underground chambers,” said the City of New Westminster in a statement. “As a result, a small section of Front Street will be closed to all traffic, with a short detour on Begbie Street.” 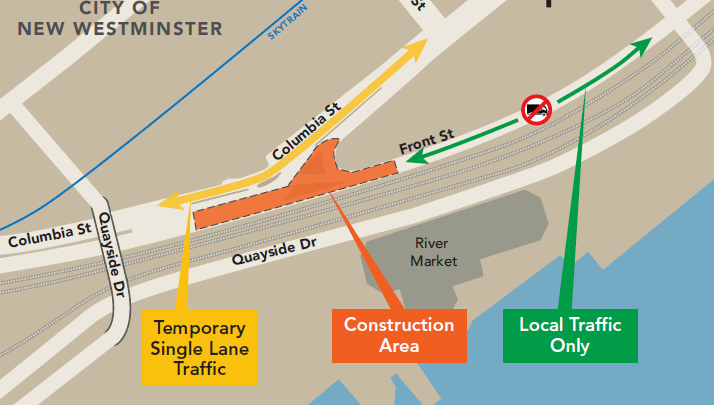 Local traffic will still be permitted to use Front Street west of Begbie Street, the city noted.

In addition, all truck traffic will be re-routed from Front Street to Royal Avenue.

“Motorists, cyclists and pedestrians are asked to pay close attention to all construction signage and to follow the direction of traffic control personnel,” the city said.

The work is scheduled to take place at an “accelerated rate with a fixed deadline,” in order to reduce the construction time and minimize impacts to the community, commuter, and truck traffic, according to Metro Vancouver.

More information on the project, as well as traffic routes in the area, are available on Metro Vancouver’s website.