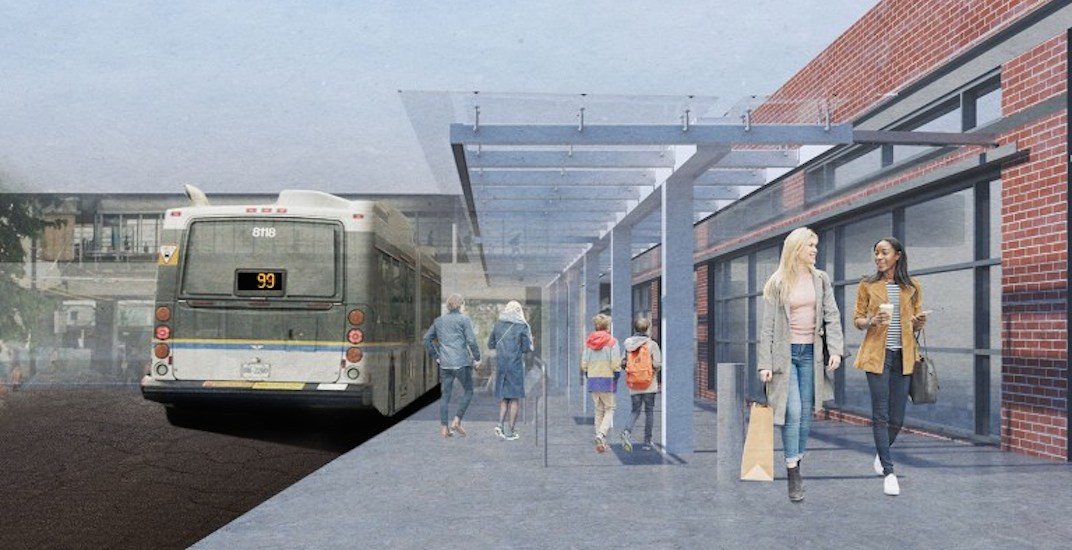 Transit passengers waiting for the westbound 99 B-Line to UBC from Commercial-Broadway Station will soon have an overhead cover to protect themselves from the elements.

TransLink says a long and wide glass-covered bus shelter will be built at the existing waiting area on East Broadway next to the Shoppers Drug Mart building. It will provide ample cover, as about 160 passengers will be protected from the weather while standing in the queue.

Construction on the new bus shelter is set to begin next week and will continue into the New Year.

According to the public transit authority, this route is the busiest on the entire transit network with more than 17 million annual boardings. In fact, the 99 B-Line records more passengers than any other bus corridor in Canada or the United States.

The bus shelter addition is part of the $60-million project to retrofit Commercial-Broadway Station. It includes a new secondary pedestrian footbridge over Broadway between the Expo and Millennium lines, a widened footbridge over the Grandview Cut, and a fourth platform for the Expo Line’s inbound direction into downtown Vancouver. These upgrades are set for a summer 2018 completion.

On the other end of the 99 B-Line at UBC, queuing passengers are already fully covered by the recently-completed bus shelter as part of the new UBC bus loop.