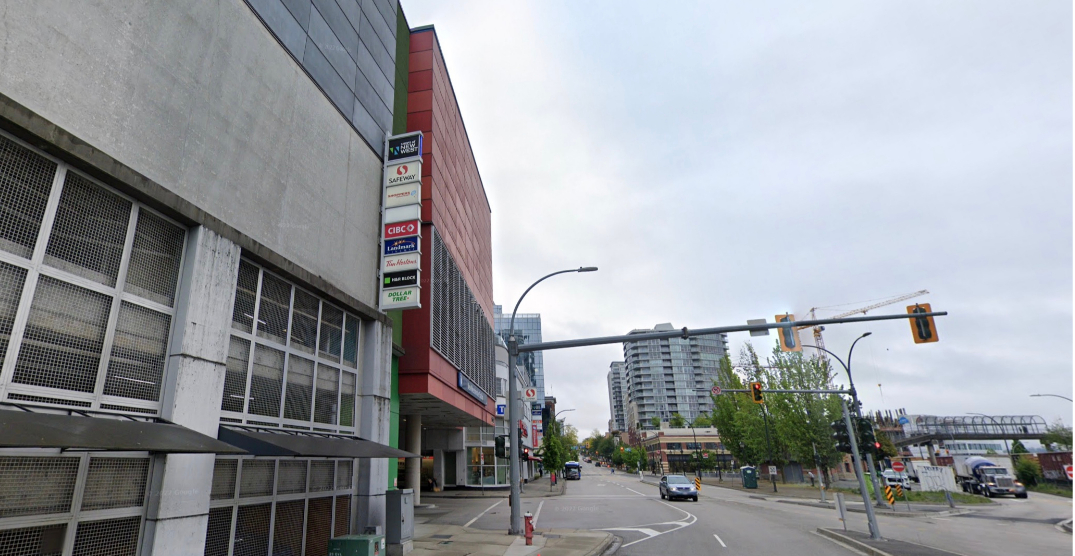 Another robbery in New West has police issuing a public message of concern.

The latest robbery New West Police are sharing info about took place on July 9 around 8 pm.

A woman was robbed by three suspects while she was standing at an ATM near the Shops at New West SkyTrain. The trio asked the woman to give them her cigarettes and transit pass. Then one of the suspects threatened to throw her off a nearby fourth-floor railing if she didn’t comply with the demands.

The suspects left the scene with her transit pass and cigarettes.

Police have released descriptions of the suspects.

This follows another report from New West police earlier this week when three people were held up at gunpoint by two suspects which involved one of the victims being struck in the face.

With the latest report, there have now been three robberies in just one week in New West.

“We’re growing very concerned about the recent increase in these kinds of robberies,” New West Police Sergeant Justine Thom said in a statement.

“This is the third robbery in the past week. Our Robbery Coordinator that is based out of the Major Crime Unit is reviewing all of these files to look for trends and is liaising with other agencies in an effort to identify suspects.”

New West police are canvassing the area for CCTV footage and are also working with partners in the Lower Mainland region including Transit Police.

Anyone with info is being asked to contact the New West Police Department at 604-525-5411.