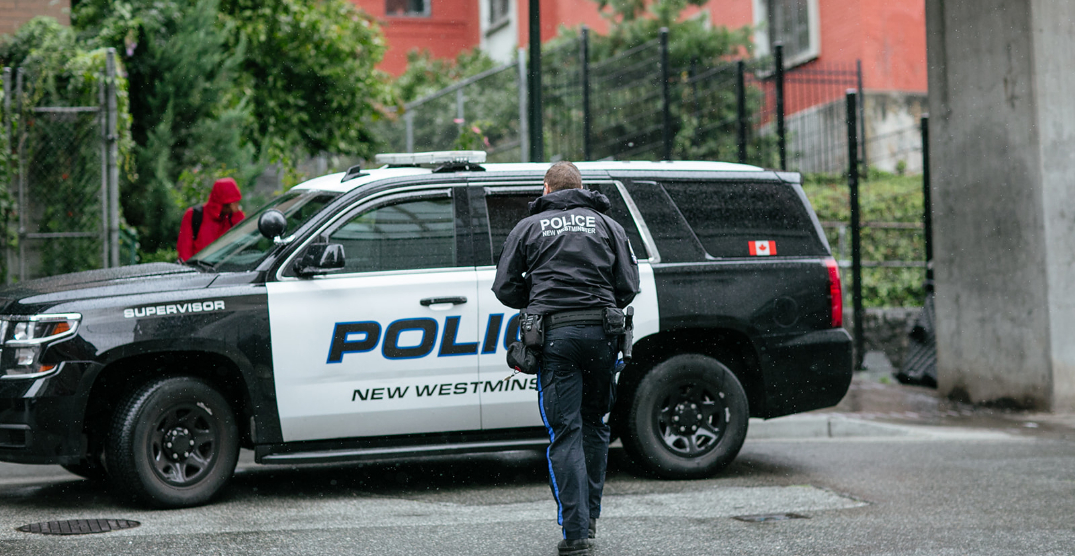 As random attacks continue across the City of Vancouver, New West police are hoping the public can help identify the suspects of a recent armed robbery.

An incident that took place on July 11 at around 8:30 pm has police concerned, after a group of three people were approached by two people who were wielding firearms.

One of the suspects pointed a firearm at one of the victims, then struck him in the face and took the victim’s bag.

Police say the suspects then walked away from the group with the bag, and pointed their firearms at another person walking down the street. They then asked this person what valuables they had on them before leaving the area westbound towards Begbie Street.

The victim who was physically attacked in the armed robbery was later transported to a Metro Vancouver hospital.

“The behaviour of these suspects is extremely concerning for police,” said New West Police Sergeant Justine Thom in a statement.

“It is believed the suspects and victims are not known to each other.”

Police have released descriptions of the two suspects involved in the armed robbery.

The first suspect is being described as a white male between 30 and 40-years-old. Police say he had a stocky build and was around 5’9″. At the time of the attack he was wearing a black puffer style jacket, jeans, and a black hat.

The second suspect was a female 25 to 35-years-old. She had a stocky build, was around 5’6″, with blonde or red hair wearing dark eye makeup and black clothes, and was carrying a green purse.

New West Police say that the victims have been offered assistance from the Victim Assistance Unit.

If you have any information related to the suspects involved in this armed robbery, including CCTV footage, you can call 604-525-5411.