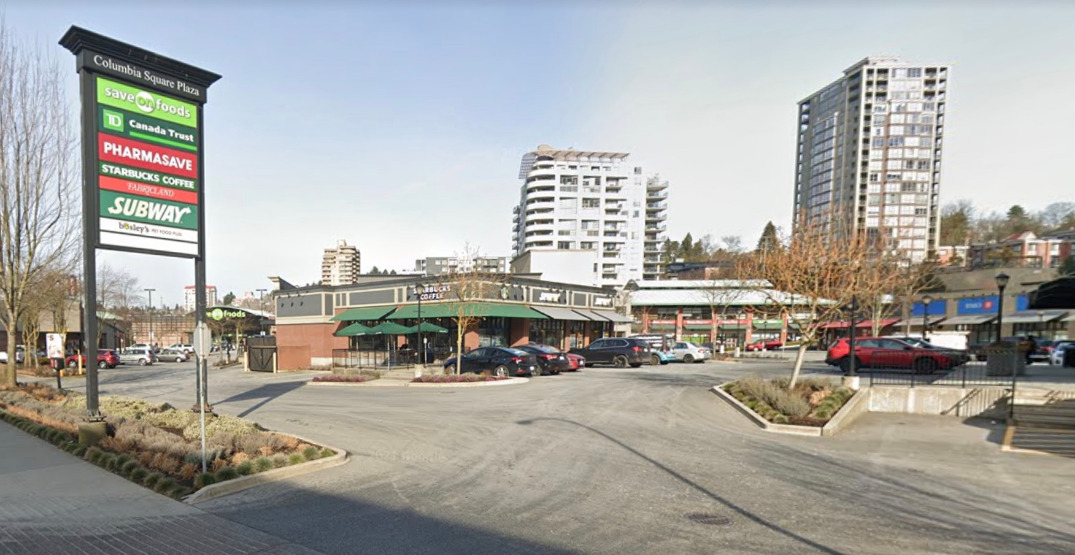 Police are searching for a man who allegedly brandished a knife and threatened staff at a café in New Westminster.

According to the New Westminster Police Department (NWPD), officers were called to a coffee shop at Columbia Square Plaza.

In a statement, the NWPD suggests that café staff asked the suspect to leave after they discovered that he was using drugs in the washroom. The suspect then brandished a knife and threatened café employees.

The suspect fled the area before police arrived on the scene. Officers then searched the area for a suspect who matched the description provided by staff.

NWPD describe the suspect as a Caucasian male, 5’7″ tall, somewhere in his late twenties, with a heavy build, a dark face mask, and a green puffy jacket. Officers are attempting to gain access to CCTV footage of the incident.

“This employee was just trying to do their job,” said NWPD Sergeant Kumar in a statement.

“It’s appalling that staff were subjected to this type of abuse and it’s extremely fortunate that no one was seriously injured.”

Just last week, a separate incident occurred at a coffee shop in New Westminster. A man walked into the Blenz on Columbia Street, bleeding heavily. He later died from his injuries.

The NWPD has been quite busy in recent weeks.

A very busy weekend for @NewWestPD. In addition to our 5th homicide of the year (two suspects arrested and charged with 2nd degree murder), patrol officers responded to a number of calls of note:

Anyone who might have more information about the Columbia Street Plaza incident is being asked to contact the NWPD at 604-525-5411.