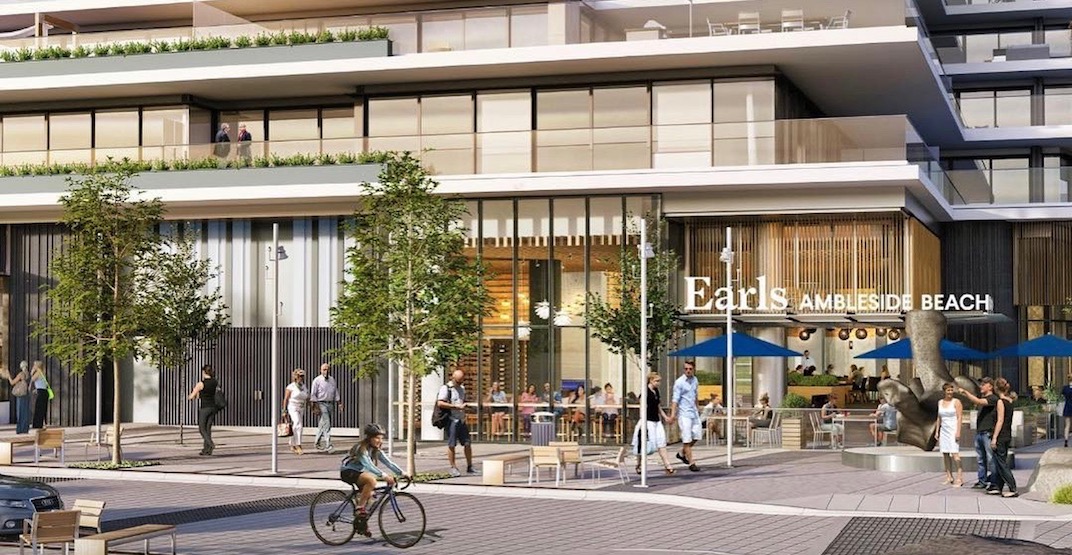 When one Earls closes, another one opens.

After news broke that the legendary Earls North Vancouver Tin Palace (located near the Lions Gate Bridge) will close its doors on April 21 after 34 years of operation, we were pleased to hear another location for the chain is opening in the not-so-distant future.

Earls Ambleside Beach will fill the Earls-shaped hole in your heart in this region, and it’s opening early May.

Located in a Grosvenor development on the Ambleside seawall, this particular location for the chain has been teased as a fresh new restaurant concept that will be “the first of its kind in Canada”.