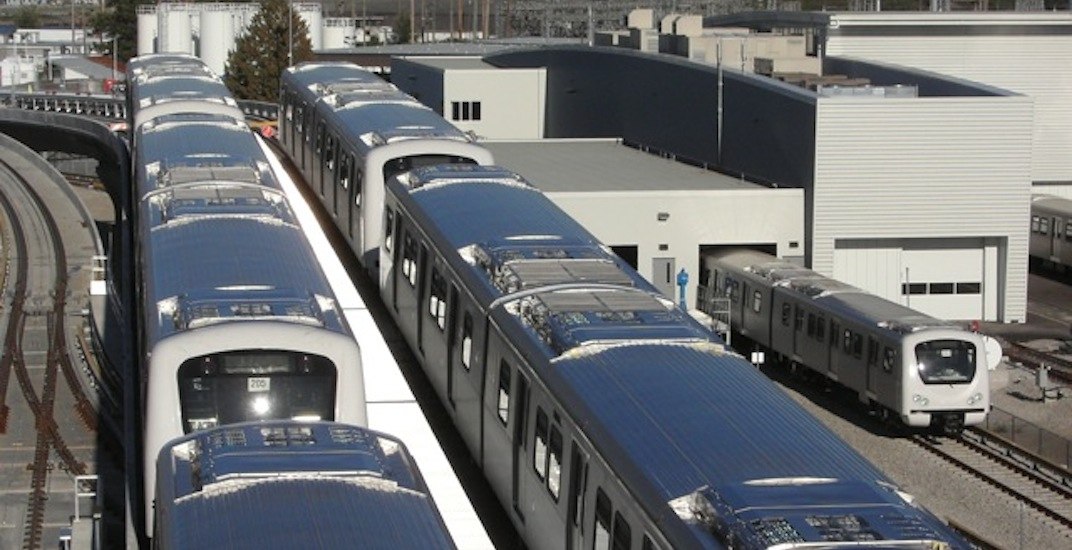 Canada Line trains parked on the elevated guideway at the operations and maintenance centre in North Richmond in 2009. (Canada Line Photography)

There will be some slight improvements to the interior design of the new, additional Canada Line trains that will be coming online by the end of 2020.

TransLink is ordering 24 new cars from South Korea’s Hyundai Rotem, and the cars will be paired together to create 12 two-car trains – increasing the Canada Line’s rolling stock from 20 trains to 32 trains.

These new trains will be the same model that was delivered in 2009 as part of the system’s initial fleet, but there will be a handful of upgrades to the passenger experience. This includes a more powerful air conditioning system and retractable seating areas at both ends of the train to increase standing capacity during the busy peak periods. 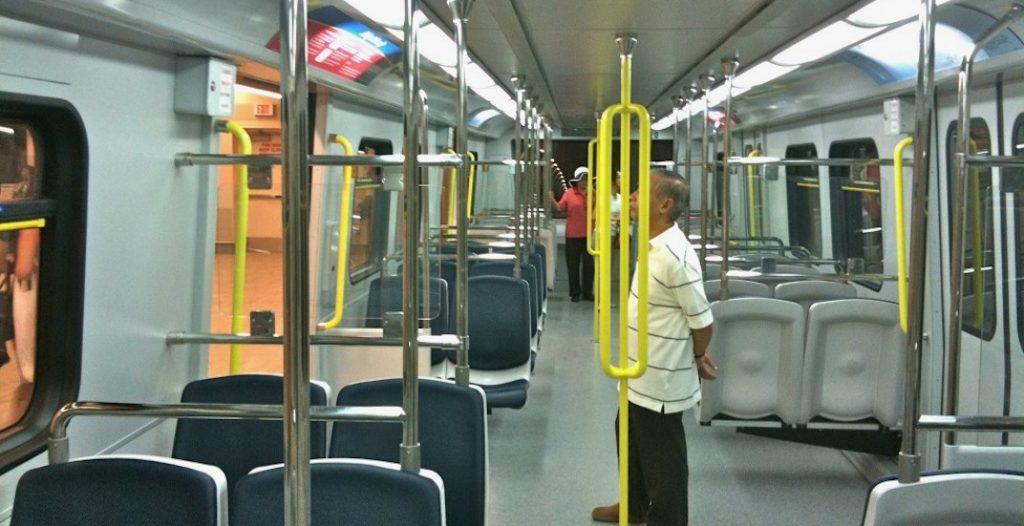 This will increase the Canada Line’s capacity from the existing 6,100 passengers per hour per direction (pphpd) to over 8,000 pphpd, and this also necessitates improvements to the operations and maintenance centre in North Richmond and other equipment and infrastructure.

“We’ll need somewhere to store all this new stock, so we’re installing four new tracks, a new gate and driveway at the OMC,” said Drews.

“Along with this will come significant upgrades to automatic train controls, power and communication systems. That work started this spring and is expected to be finished next summer.” 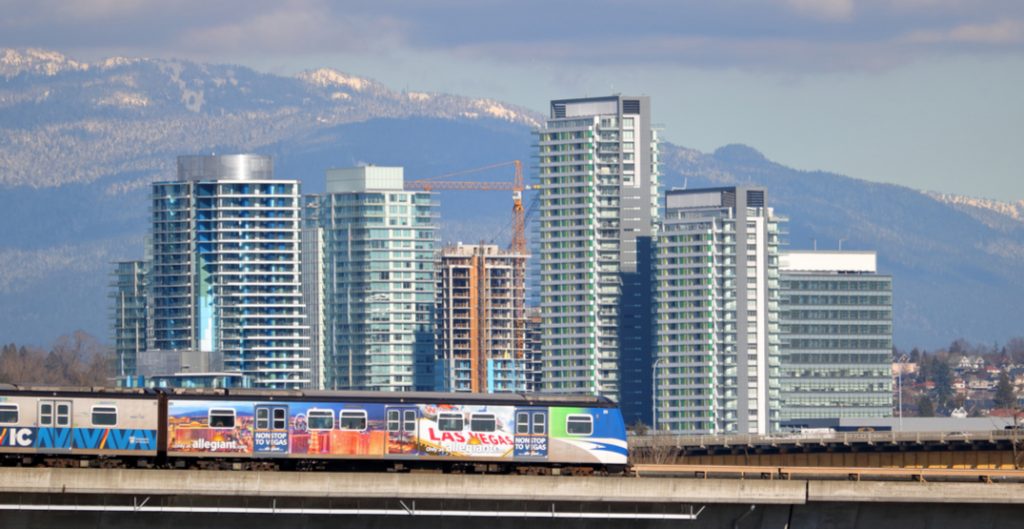 With further orders of trains beyond the order in 20, the frequency will be increased even further to one train every two minutes, providing a capacity of 10,000 pphpd, over the next 20 years.

An ultimate system design capacity of 15,000 pphpd can be achieved when all station platform lengths are extended from 40 metres to 50 metres to accommodate a three-car-long train. The station platforms can only reach a maximum length of 50 metres due to the design of the system.

In contrast, the Expo Line currently has peak period traffic flows of over 15,000 pphpd and its ultimate design capacity is at least 25,000 pphpd with additional trains.