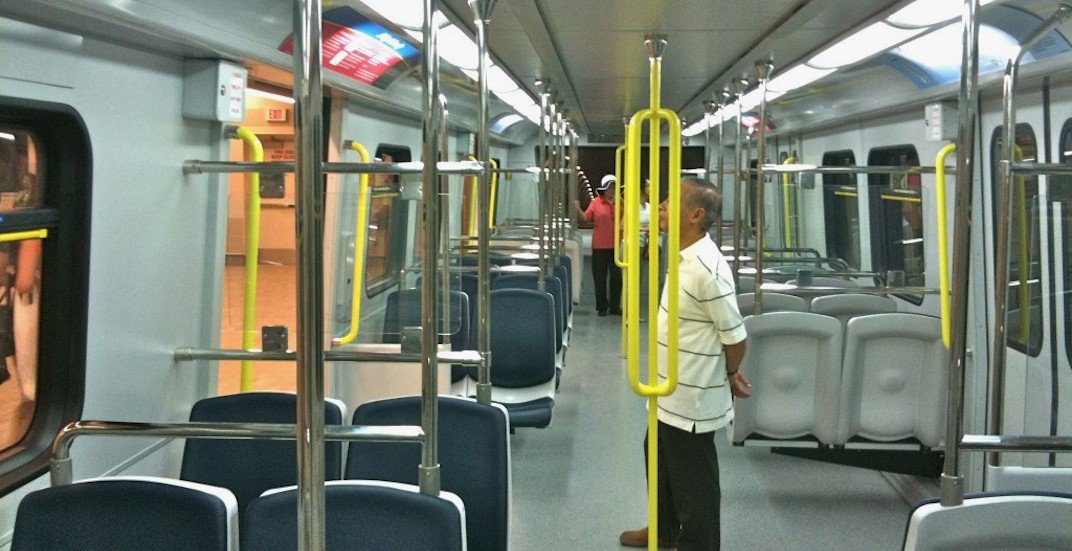 Will the Canada Line see a major capacity increase soon? Yes, an order of 24 new cars has been made and the fleet expansion will arrive by the end of 2020.

Will the new cars have an upgraded design over the existing 2009-built fleet of 40 cars? No, there won’t be any new bells and whistles. 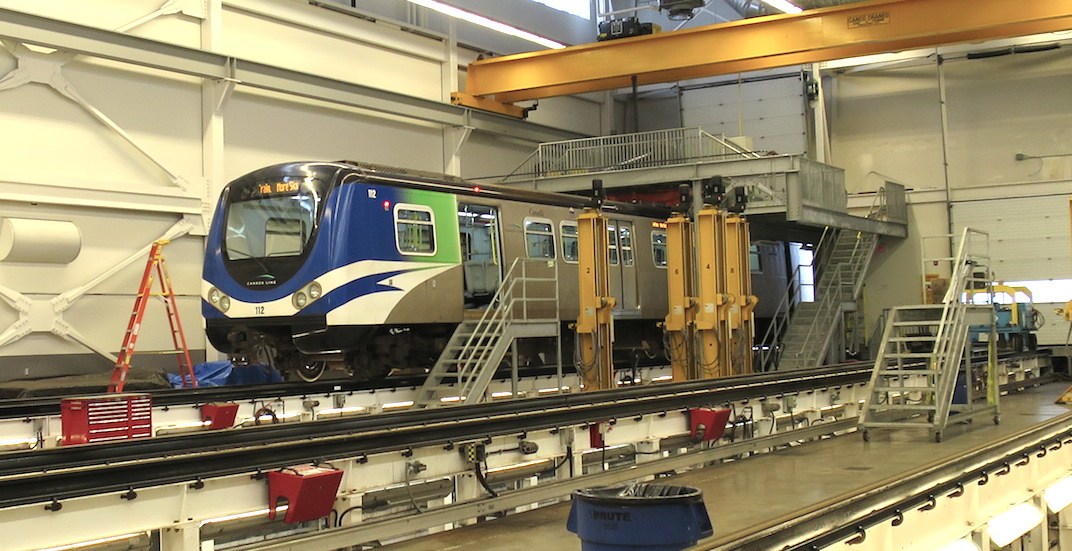 The spokesperson said the new trains will be “identical” to what is being used on the Canada Line today, adding that “they are great trains that have served us well, and we’re keen to provide our customers will relief from crowding as soon as possible.”

But even when the Canada Line first opened nearly a decade ago, the trains were glaringly missing some passenger amenities that are associated with modern train designs and features.

For instance, electronic LED strip maps are extremely common on most major subway systems with trains built over the past two decades. These dynamic maps are also found on the Expo Line and Millennium Line’s 2009 pre-Olympic Mark II cars, which have an improved design over the original 2002 Mark II cars, and the new generation Mark III cars that arrived in 2016. 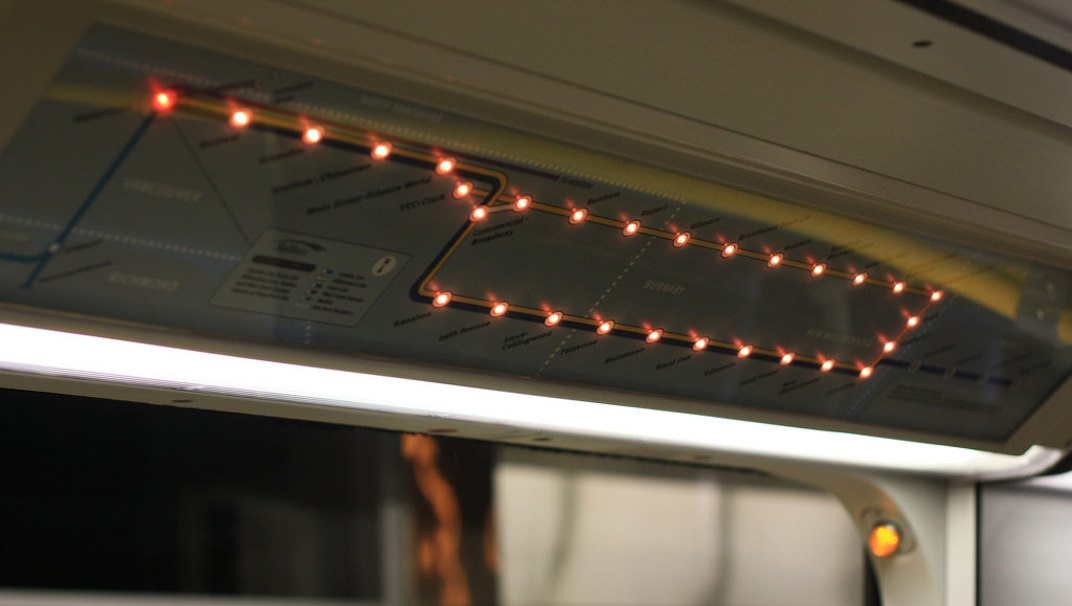 The electronic LED map inside the newer trains on the Millennium and Expo lines. (Dennis Tsang / Flickr)

The Canada Line trains could also benefit from having one additional door on each car, with four doors on each car instead of just three. This would greatly improve the efficiency of the egress and ingress of passengers at the stations, as the two-car Canada Line trains have a higher carrying capacity than a two-car Mark II train, which also has three doors per car.

Another issue with the Canada Line trains relates to the poor, inefficient row seating layout throughout most of the interior, which limits standing capacity and creates a bottleneck around the doors. Canada Line operators previously tried to address this issue; in 2016, the capacities of a pair of two-car trains saw a 10-seat reduction when seats immediately adjacent to the doors were removed to create more standing areas. 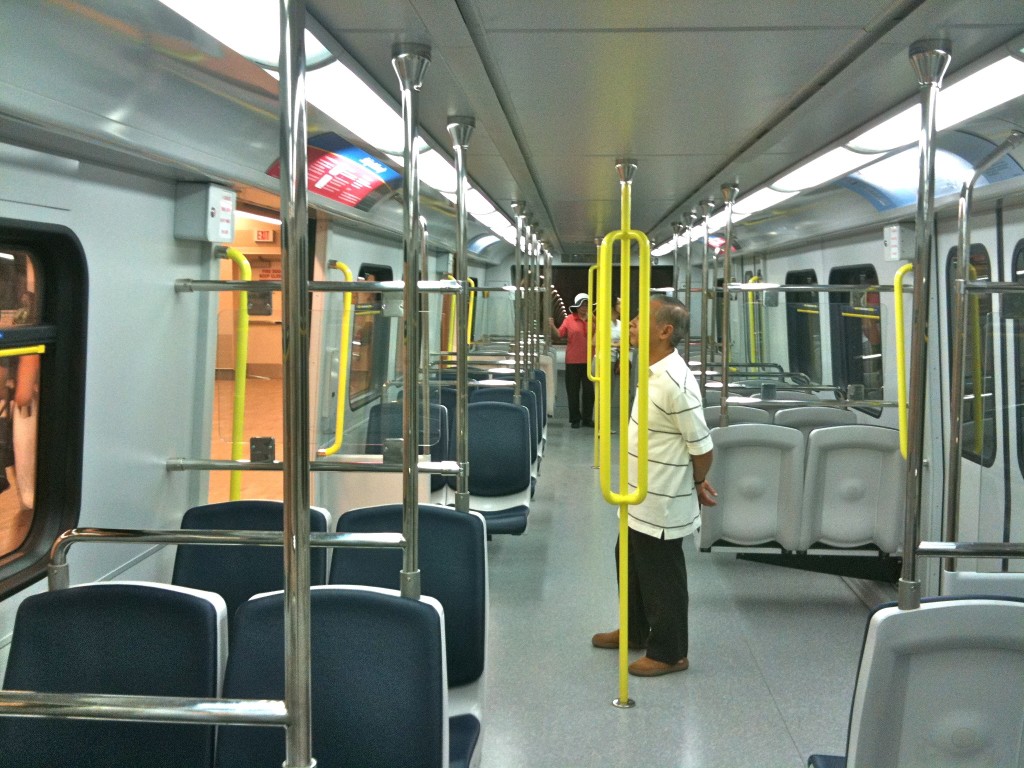 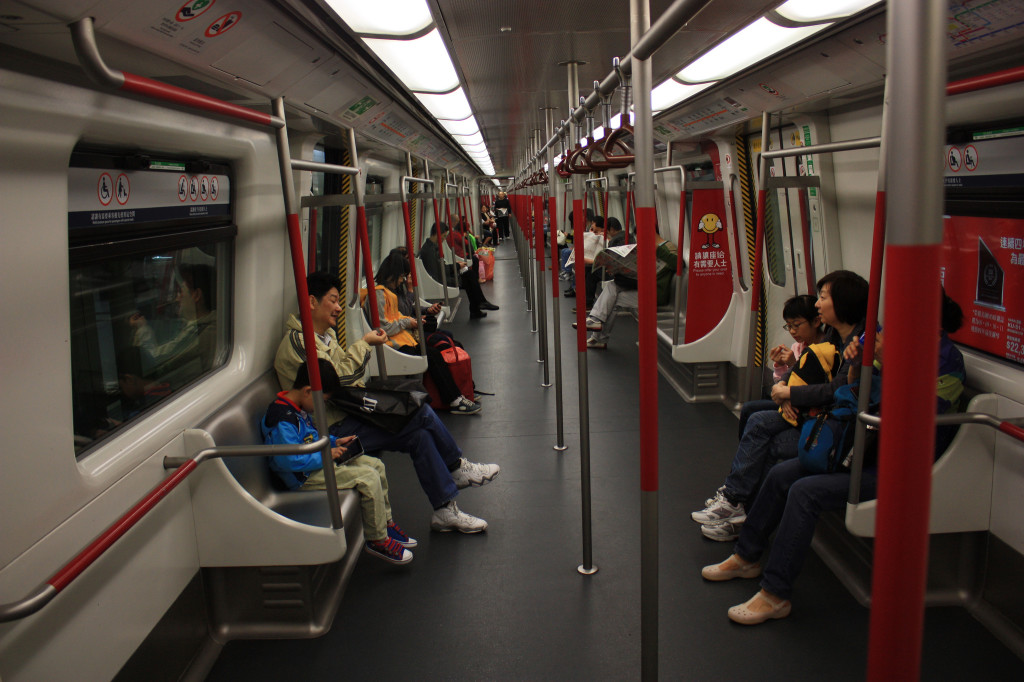 Interior of a Hong Kong MTR subway with side seating, which creates more capacity and improves the efficiency of movement within the train. (Dennis Tsang / Flickr)

By and large, it is odd there would be no improvements – not even small, incremental upgrades – over the design of the original trains created more than a decade ago, but this seems to be a decision by ProTrans BC, the private operator of the Canada Line – a division of Quebec-based engineering giant SNC Lavalin.

With the new trains on the Expo and Millennium lines, RFPs for the acquisitions were always issued as a formality – even though the supplier is always Bombardier – but there was no TransLink RFP for the new order of Canada Line trains.

Under the public-private partnership the Canada Line is built on, the private operator is likely responsible for the acquisition, with the funds required for the purchase provided by TransLink. As the operator of the system, ProTrans BC likely determined the final design of the trains, with input from the public transit authority.

There are certainly advantages to using the exact same train design, although it centres on keeping costs stable – not just upfront purchase costs of the new trains but also the ongoing maintenance costs of parts and equipment.

SNC Lavalin was also responsible for the design of the Canada Line.