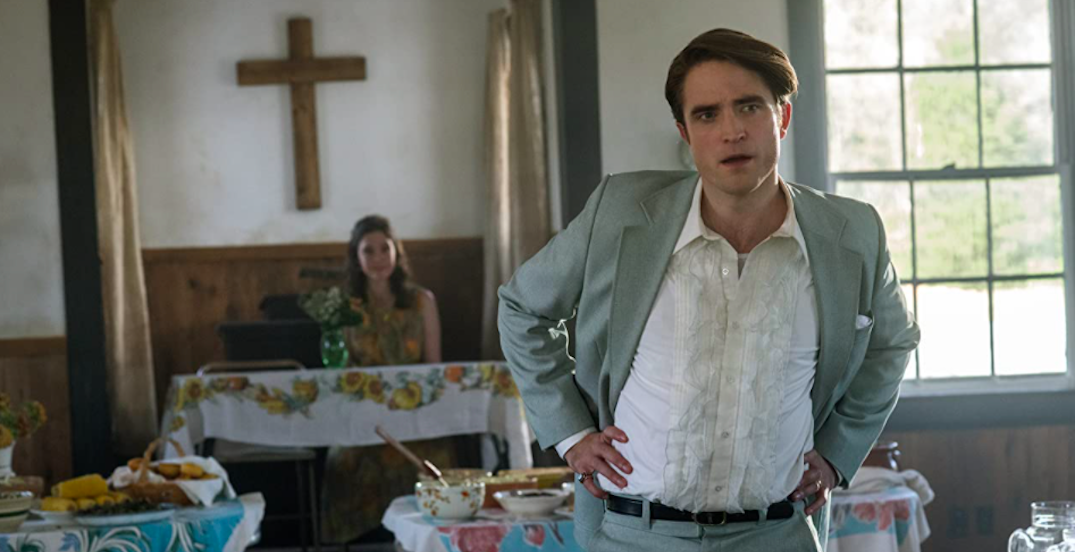 As if the past 13 months haven’t been suspenseful enough, Netflix Canada has an impressive library of thrillers that should get your heart pounding.

Get that blood pumping, those pupils dilated, and your palms sweaty, without the actual threat of harm — that’s the beauty of the thriller genre.

From some nail-biting mysteries to some suspenseful dramas, and everything in between, here are a couple dozen thrillers to check out on Netflix Canada, as of March 2021.

In an explosive Midwestern Gothic tale spanning two decades, sinister characters converge around young Arvin Russell as he fights the evil forces that threaten him and everything he loves. Based on Donald Ray Pollock’s award-winning novel and starring Tom Holland and Robert Pattinson.

With his debts mounting and angry collectors closing in, a fast-talking New York City jeweller risks everything in hope of staying afloat and alive.

A feared critic, an icy gallery owner, and an ambitious assistant snap up a recently-deceased artist’s stash of paintings — with dire consequences.

Based on the international bestseller by Swedish novelist Stieg Larsson, The Girl with the Dragon Tattoo follows a young computer hacker who’s tasked with investigating a prying journalist as their separate missions become entangled in a decades-old conspiracy.

When the grandson of oil magnate J. Paul Getty is kidnapped in Rome, his mother must fight her billionaire father-in-law for his safe return.

Four Somali pirates highjack a cargo ship and hold the captain hostage, setting the stage for an explosive confrontation with the US Navy.

In a desperate bid to save their family ranch, two brothers stage a series of clever bank robberies with a pair of Texas Rangers in hot pursuit.

An FBI agent takes part in an undercover operation targeting a Mexican drug lord but her ethics are challenged when the sting crosses the line.

A tracker with the US Fish and Wildlife Service assists a rookie FBI agent who’s investigating a teen girl’s murder on a remote Wyoming reservation.

An aspiring writer goes to the airport to pick up a high school friend returning from a trip to Africa but is disheartened to see her with another man.

When her husband’s sex game goes wrong, Jessie — handcuffed to a bed in a remote lake house — faces warped visions, dark secrets, and a dire choice.

From one game to another, Molly’s Game follows former Olympian Molly Bloom who runs a high-stakes poker game for celebrities until her lofty lifestyle nearly sends her to prison.

Ted Crawford, who allegedly attempted to murder his wife, is now locked in a battle of wits with a young assistant district attorney.

Trying to go straight, a once-successful business fresh out of prison is forced to orchestrate a brazen crime or risk his family.

A drug deal gone bad and a bag full of cash entwine an unsuspecting hunter, a veteran sheriff, and a murderous hit man in the stark West Texa desert.

A surgeon’s carefully curated life edges towards disaster when a troubled teenage boy with mysterious motives begins to impose himself on his family.

In this classic, two rookie Boston cops are sent deep undercover — one inside the gang of a charismatic Irish mob boss and the other double-crossing his own department.

A political cartoonist, a reporter, and a pair of cops investigate San Francisco’s infamous Zodiac killer in this thriller based on a true story.