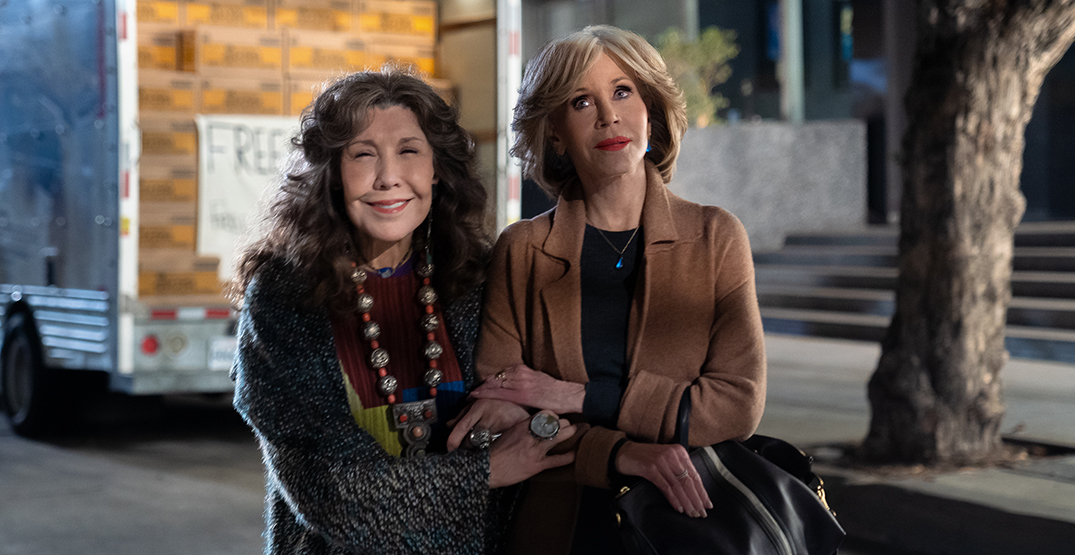 It’s the last few days of April, and Netflix Canada has some amazing flicks to close out the month.

The streaming service has an extensive slate of brand new shows and movies for your weekend viewing pleasures.

April brings a lot of finales, including your fave unapologetic best friends and the second half of Ozark season four, perfect to cap off a busy week.

A history-making 94 episodes later, Grace and Frankie continue to show themselves, their families, and their fans what it means to live life to the fullest, fearlessly and unapologetically. Here’s to seven seasons of laughs, tears, mood-enhancers, and good vibes. And, as Grace and Frankie would say, fuck it. This may be their final chapter, but they’re just getting started.

Honeymoon with My Mother

Dumped at the altar, a brokenhearted man is coerced into going through with his honeymoon… with his overbearing mother.

Marty and Wendy are rid of Helen and climb to the top of Navarro’s empire. They find another opportunity to get out of the Ozarks, but some past sins won’t stay buried, and the most dangerous threats come from blood.

Travelling to Berlin, a young Amish man on his rite of passage connects with his roots, falls in love and makes a big decision.

When an ad executive who thinks he’s got it all figured out becomes pregnant, he’s forced to confront social inequalities he’s never considered before.

Along for the Ride

The summer before college Auden meets the mysterious Eli, a fellow insomniac. While the seaside town of Colby sleeps, the two embark on a nightly quest to help Auden experience the fun, carefree teen life she never knew she wanted.

Teens Charlie and Nick discover their unlikely friendship might be something more as they navigate school and young love in this coming-of-age series.

New loves. Old foes. An exciting fresh face. With the luxury market on fire, competition comes to a boil at the brokerage. Who’ll shine — or stumble?

The Seven Lives of Lea

Léa wakes up in the past seven times in different bodies. Plunged into the mystery of a young man’s death, she tries to prevent it — with consequences.