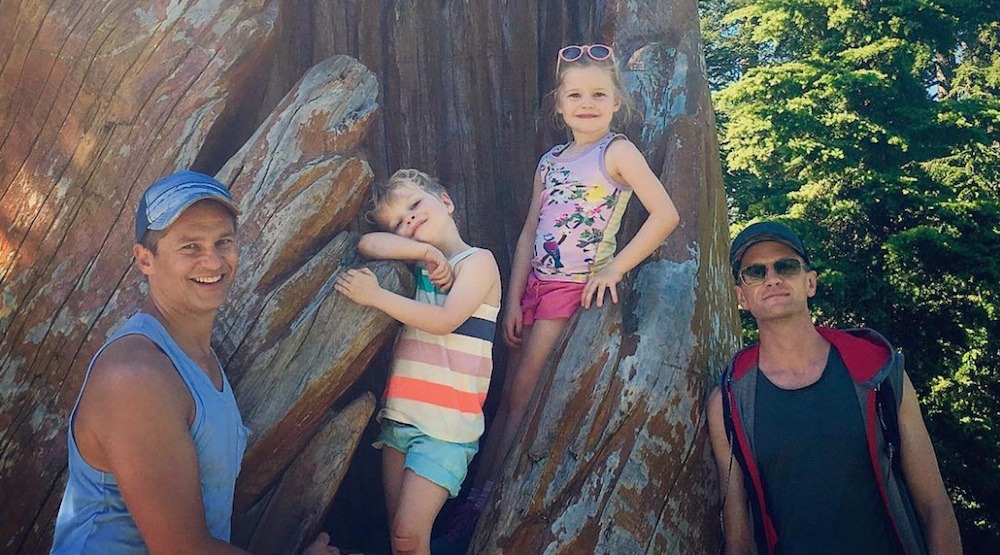 Vancouver made quite an impression on American actor Neil Patrick Harris during his five-month stay in the city last year to film Netflix series Lemony Snicket: A Series of Unfortunate Events.

In a recent interview with the New York Times, Harris, 43, called the Canadian West Coast city a “fantastic city” and went on to describe how “family-friendly” it is, having visited major family-friendly attractions such as the Vancouver Aquarium and Science World.

The Vancouver Aquarium is stellar! Loved it! The kids learned all kinds of new things..!

“When I was there on my own, I took advantage of how health-conscious it is and spent lots of time outdoors,” he said. “I biked in Stanley Park and also hiked the different trails in the area including the Stawamus Chief, where you can climb three different peaks. When the kids came, I discovered how family-friendly Vancouver is. We were outside a lot, and also went to the Vancouver Aquarium and to the science center.”

He also had good things to say about the city’s sushi and seafood, particularly oysters.

And being how Harris is also well-known to be a Disney fan, there was no way he would miss last summer’s Honda Celebration of Light fireworks show staged by the Walt Disney Company. He had front row seats to that winning show at English Bay.

The day after the Disney fireworks, he was spotted taking in the festivities at the Vancouver Pride Parade.

But his adventures weren’t limited to just Metro Vancouver. He went skiing at Whistler Blackcomb and visited Tofino not once but twice – once with his husband, David Burtka, to celebrate their 12th marriage anniversary and a second time with their two kids.

“First, David and I went for his birthday,” he said. “We stayed at this incredible hotel called the Wickaninnish Inn, took walks on the beach and ate two meals at Wolf in the Fog, which is one of the best restaurants I have ever been to. We loved Tofino so much that we went back with our kids and enjoyed building sand castles on the beach there with them.”

Overall, he had great things to say about Canada as a whole: “Besides Vancouver, I’ve been to Quebec City, Toronto, Montreal and Edmonton and have seen how diverse the country is. Quebec City feels very French, while Toronto is a fast-paced metropolis and Vancouver has a laid-back vibe. And, everywhere I’ve been, I’ve enjoyed the people.”

Harris stars as the evil Count Olaf in the Vancouver-filmed Lemony Snicket: A Series of Unfortunate Events, which premiered on Netflix on January 13. The second season of the series is expected to return to Vancouver for production.

Vancouver is awesome. Took the family up to Grouse Mountain, rode a gondola, saw a lumberjack show and took in the spectacular views. And rested in carved trees. #ohcanada

So tranquil. So relaxed. So happy. @dbelicious is the best. #twelveyears

What would Barney say?!?

Had an unbelievable meal last night at Wolf In The Fog in the small town of Tofino, British Columbia. Local ingredients, amazing flavors, great energy, good people. Can’t wait to go back! Well worth the trip! @wolfinthefog @dbelicious #Tofino

Can’t stop thinking about our #Tofino adventure. Thanks to the amazing Wickaninnish Inn (say that five times fast!) for creating a property that allows for such lasting memories. The lovely staff, delicious food, unique excursions, and brilliant views – we really drank the Kool-Aid (which, being Canada, is beer). Can’t wait to visit again and bring the entire family! @wickinnbc @dbelicious