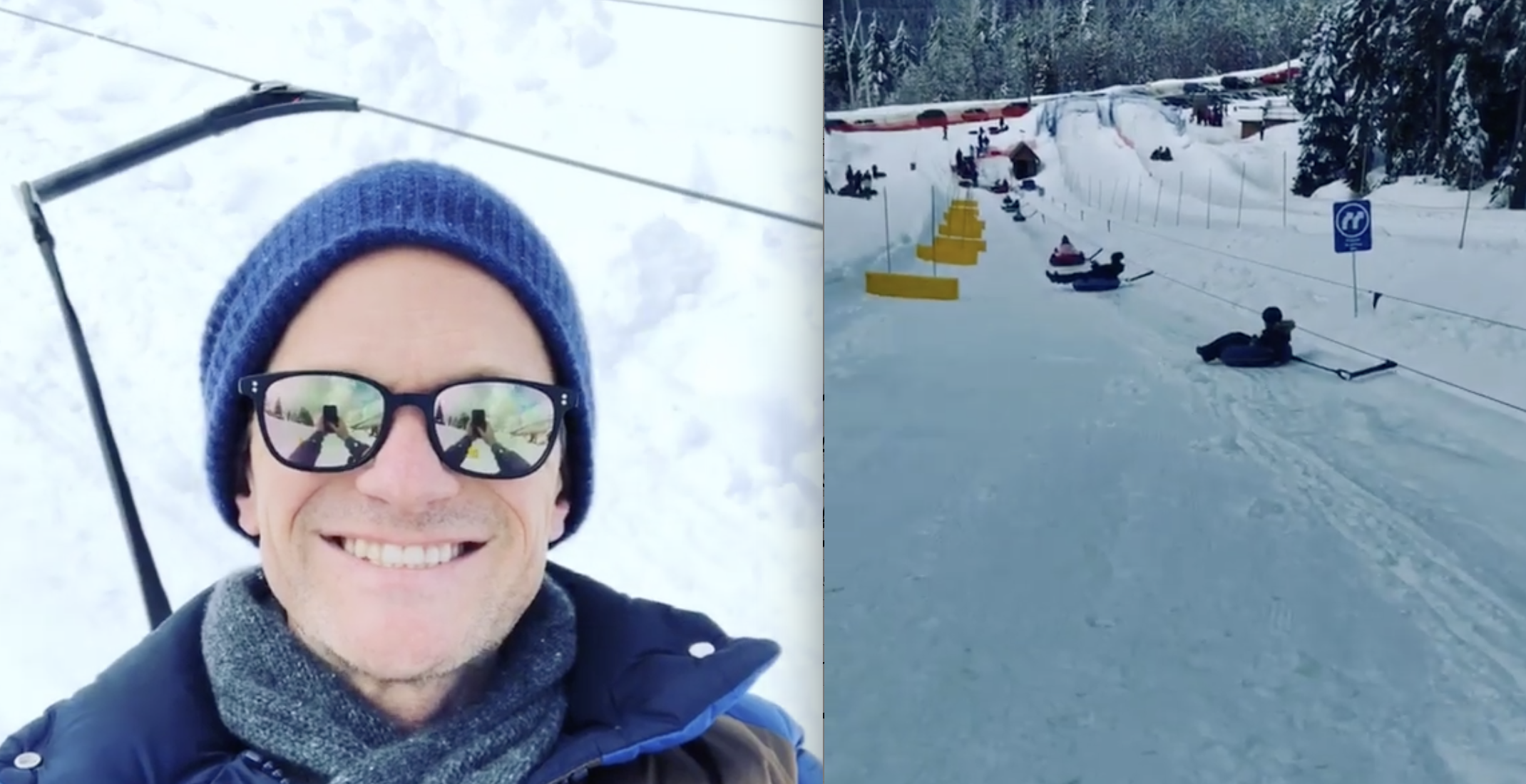 It’s no secret that Neil Patrick Harris is a fan of Vancouver, and the 44-year-old actor is once again sharing his love for the city on Instagram.

On March 26, NPH posted a photo of his kids, Gideon Scott and Harper Grace, enjoying a lazy-Sunday in Vancouver.

“So happy that the kids are actively enjoying all the nature that Vancouver has to offer,” he posted on Instagram.

And it looked like he was having some fun tubing on Cypress Mountain with his husband David Burtka and their kids.

Harris has been an honorary Vancouverite for a while now. In April 2017, he found a home in the city as he has frequently been in town filming the hit Netflix series Lemony Snicket’s A Series of Unfortunate Events’ second and third seasons.