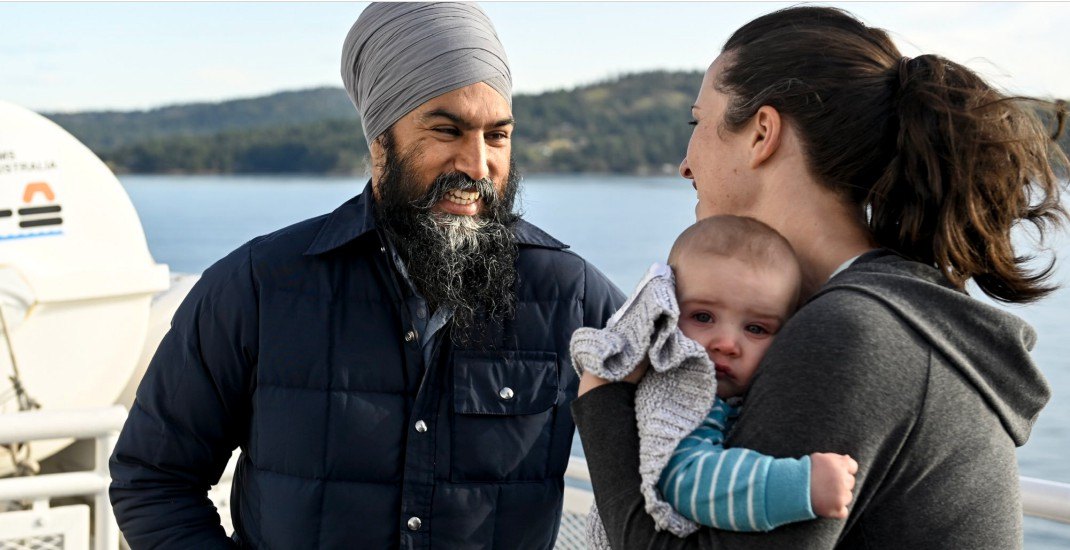 NDP Leader Jagmeet Singh is proposing a $30-million increase in federal funding for BC Ferries, saying it would help make fares cheaper for families who rely on the service.

“The ferries are incredibly important for people,” Singh said aboard a ferry travelling between Victoria and Vancouver.

“It’s like the way to connect for so many residents on Vancouver Island and on the rest of the coastline.”

Singh was campaigning for a fifth straight day in British Columbia, where he is running for re-election in his own riding and where the party is trying to fend off the Greens.

He has made several announcements targeted specifically at the province, such as protecting coastline and tackling money-laundering and speculation in the housing market.

Singh has also spent nine days so far campaigning in Ontario, where he used to serve in the legislature as deputy leader of the provincial NDP.

“We know that in helping those issues here in BC it will help people across Canada,” he said when asked about his campaign pushes in BC and Ontario.

“Spending time in BC and Ontario also I think ties into the fact that I was an MPP in Ontario so I know those issues really well and I’ve got a lot of deep roots there.

“Now being an MP representing BC I’ve got some strong ties to BC as well, so that’s part of why I really care deeply about these two provinces. But I care about all of Canada and you’ll see us in every province.”

Singh has yet to campaign in Alberta, Saskatchewan, Newfoundland and Labrador or Prince Edward Island.

When he visited New Brunswick last Monday it marked his first visit to the province since winning the party’s leadership two years ago. Singh apologized for not getting there sooner.

The NDP is also trying to conserve money following years of poor fundraising results and debt from the 2015 election.

Second-quarter fundraising results released over the summer by Elections Canada showed that the NDP raised just $1.43 million during those three months, slightly less than the Greens and well behind the Conservatives and Liberals.