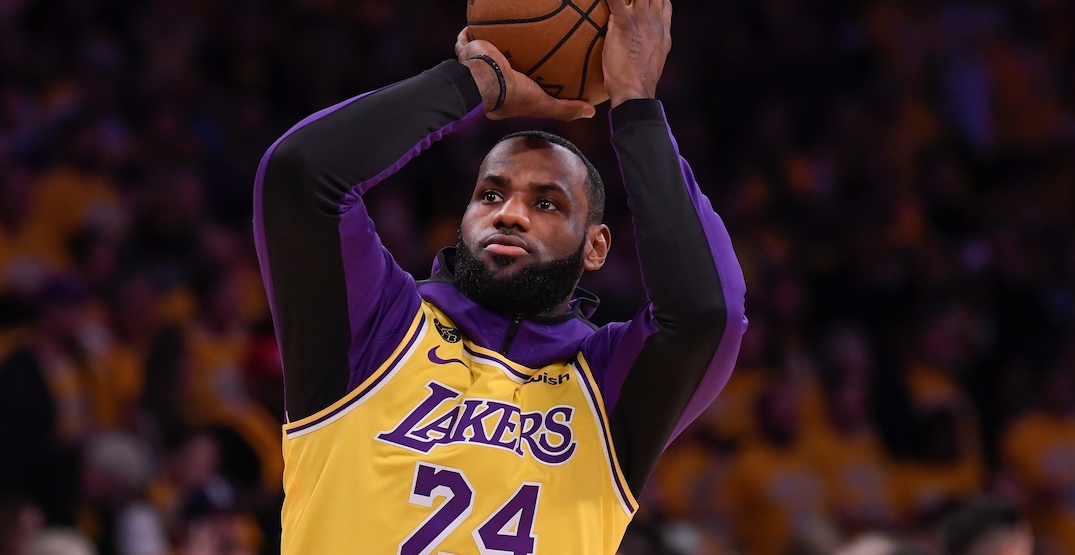 The NBA will again honour the late Kobe Bryant at this year’s All-Star Game.

The 2021 NBA All-Star Game will have the same format as last year’s event, incorporating Kobe’s number 24 into the calculation of the final target score, according to a report from Shams Charania of The Athletic. Last year’s game was praised by many for having the sort of intensity rarely seen at previous All-Star Games.

The NBA will again honor the late Kobe Bryant at March 7 All-Star Game with incorporating 24 points into the calculation of the final target score. The same format was used in 2020.

Kobe Bryant, along with his daughter Gianna and seven other people, tragically died in a helicopter crash back in January of 2020 to the shock of many. In his honour, the NBA decided last year to rename the All-Star MVP trophy after Kobe calling it the “Kobe Bryant MVP Award.”

The game also featured players on both teams wearing Kobe Bryant’s two numbers, eight and 24. There was a performance pre-game by Jennifer Hudson where she honoured both Kobe and Gianna.

As for this year’s edition of the All-Star Game, it will be played in Atlanta on March 7. The NBA will donate $2.5 million toward Historically Black Colleges and Universities (HBCUs) and will also support and raise awareness around equity and access to COVID-19 care, relief and vaccines.

The event will raise awareness about HBCU’s across America by including HBCU musical groups’ performances and stories by alumni and students.

“NBA All-Star in Atlanta will continue our annual tradition of celebrating the game and the greatest players in the world before a global audience,” NBA commissioner Adam Silver said. “In addition to the festivities on the court, the All-Star Game will honour the vital role HBCUs play in our communities and focus attention and resources on COVID-19 relief, particularly for the most vulnerable.”

The NBA’s decision to stage this game during a pandemic has been criticized by a number of people, including some high-profile players.

“I don’t even know why we’re having an All-Star Game,” LeBron James said earlier this month, calling it “pretty much a slap in the face” given the health risks and the condensed NBA schedule this year.

The NBA has announced additional measures for the All-Star Game as part of its current Health and Safety Protocols. These include private travel to and from Atlanta, creating a “mini bubble” environment within a single hotel for players and coaches, and enhanced PCR testing. There will also be no fan activities or events.

All-Star Weekend will be condensed into one day this year, with the skills and three-point contests taking place before the game. The slam dunk contest will happen at halftime.