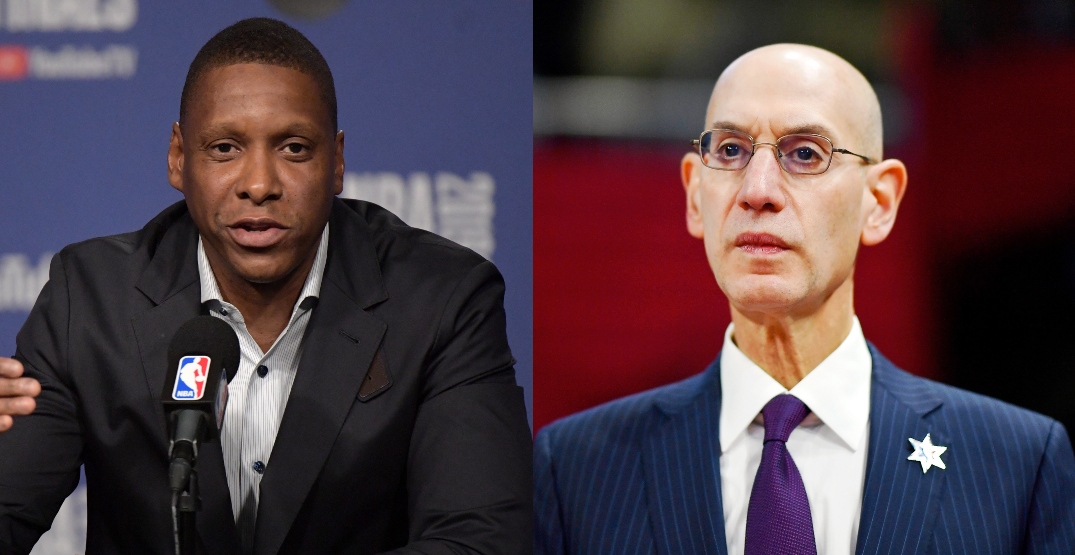 The apology is for comments Silver made during an interview on Real Sports with Bryant Gumbel in 2019 about the situation between Alameda County sheriff’s deputy Alan Strickland and Ujiri at the 2019 NBA Finals.

When Ujiri tried to enter the court to celebrate with his team, he was shoved twice by Strickland, even as he was trying to present his credentials. Ujiri then pushed back at the officer before some other people in the area separated them, and Ujiri was escorted onto the floor by Raptors guard Kyle Lowry.

“It’s part and parcel of what comes with someone who is living on the edge a bit and is hard-wired to sort of march forward with incredible energy,” Silver said in the interview. “Lessons learned for him, without assigning culpability or blame to anyone, as a leader, those are the kinds of situations he needs to learn to avoid.”

Looking back, Silver regrets what he said in that interview.

“When I watch that last bit of the interview, in light of what we now know, I would love to take those words back,” Silver said in an interview with Sportsnet’s Michael Grange. “[Masai] and I at this point have probably talked about that night 100 times since then. He has my full and unequivocal support.”

“But I apologize to Masai for what I said in that interview…Believe me, when I look at that now, I cringe when I watch it.”

This apology comes after Masai Ujiri went on Good Morning America to explain his side of the altercation involving himself and Strickland at the NBA Finals.

Strickland filed a lawsuit against Ujiri, claiming that he suffered “severe emotional and physical distress,” which saw the incident put back into the spotlight. Ujiri’s lawyers filed a countersuit, and Strickland eventually dropped his lawsuit, and so did Ujiri.

“I should have known better, as a lawyer, not to comment on a pending investigation, which was the case at the time,” said Silver. “Even as I watch myself in that interview, I can see myself searching for the appropriate words and now see that I clearly misspoke.”