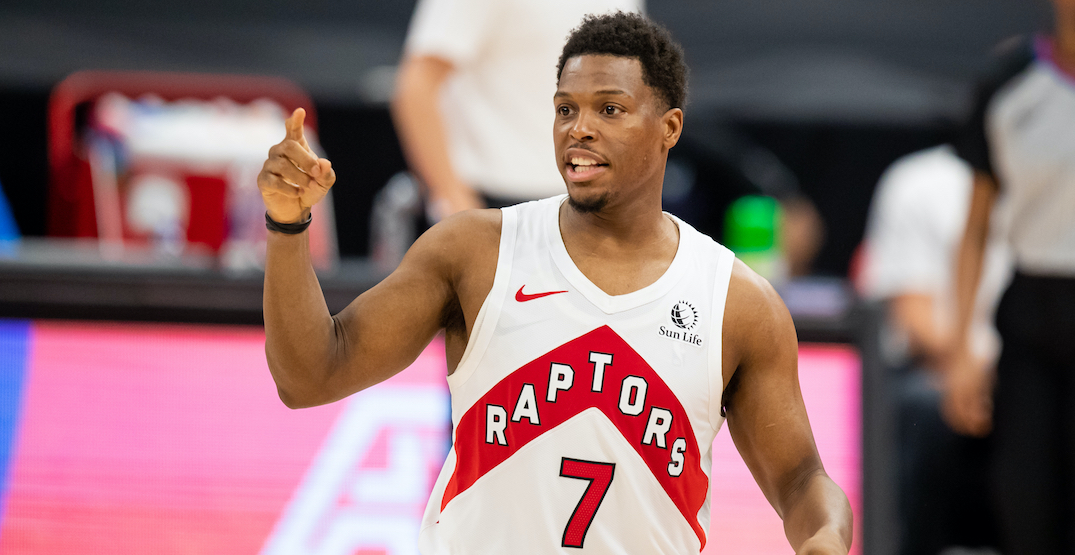 Rumours are beginning to swirl about Kyle Lowry’s future.

According to a report from Keith Pompey of the Philadelphia Inquirer, the Los Angeles Clippers, Miami Heat, and Philadelphia 76ers have become interested in acquiring the Toronto Raptors star.

Pompey also adds that Lowry’s preference, if he was traded, is to be in Philadelphia. According to Pompey’s source, the Raptors would look to move him as a way to “reward Lowry for his years of service by helping him secure an opportunity to win another NBA title.”

Philadelphia is Lowry’s hometown, and the 34-year-old played college basketball at Villanova University, a suburb of Philadelphia. Pompey reports that if the Raptors were to trade Lowry, the team would want draft picks, young players, and expiring contacts to match Lowry’s $30 million salary.

The 16-year-veteran is currently averaging 18 points, 6.5 assists, and 5.5 rebounds, he is set to become a free agent at the end of this season.

What remains to be seen is if Lowry wants to be moved. After a dreadful start to the season, the Raptors are now back in a playoff spot. According to TSN Raptors reporter Josh Lewenberg, unless Lowry asks for a trade, he’ll stay put.

Nothing wrong with the report, but for those reading into it: unless and until Kyle Lowry asks the Raptors to move him – and, to be clear, there's no indication that that's happened, or that it will happen – it doesn't matter how many teams are interested in trading for him.

The NBA trade deadline is just one month away, on March 25.