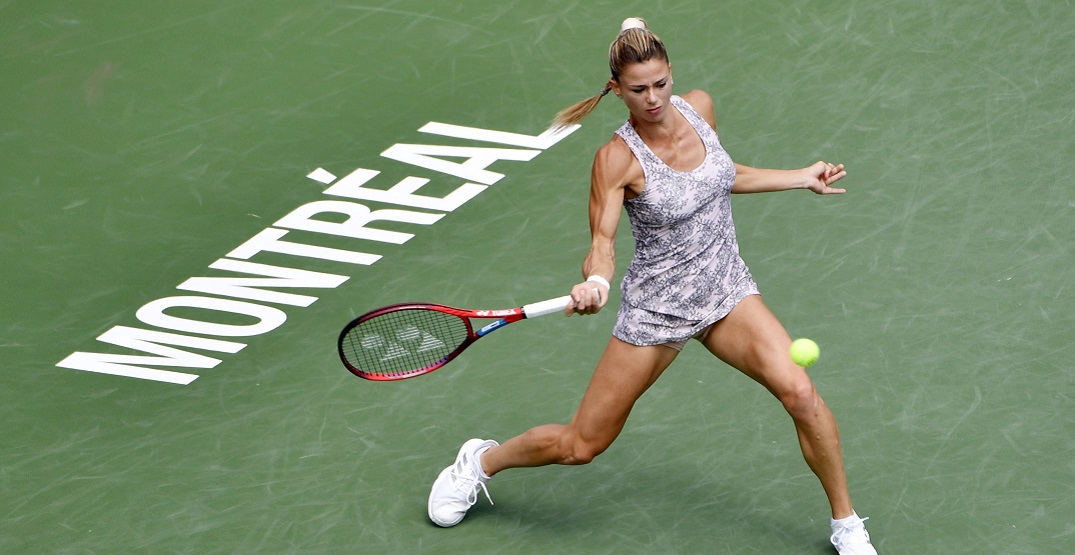 Italian Camila Giorgi has come through with yet another shock upset to win the biggest tournament of her career at Sunday’s National Bank Open final in Montreal.

Currently ranked No. 71 in the world, Giorgi topped Czech Republic’s Karolína Plíšková 6-3,  7-5 for the second time in under a month after beating her in straight sets in the third round of the Tokyo 2020 Olympics.

Defending champion Bianca Andreescu was the last remaining Canadian in the field, but fell on Thursday evening to Tunisian Ons Jabeur, who Pegula defeated in Friday’s quarterfinal.

“I first have to realize it’s just a game of tennis,” Andreescu said in a press conference following the loss. “I’m only 21. Yeah, I won this tournament before. I know I could have won this tournament again. But sometimes s**t happens and you basically have to move on. That’s life.”