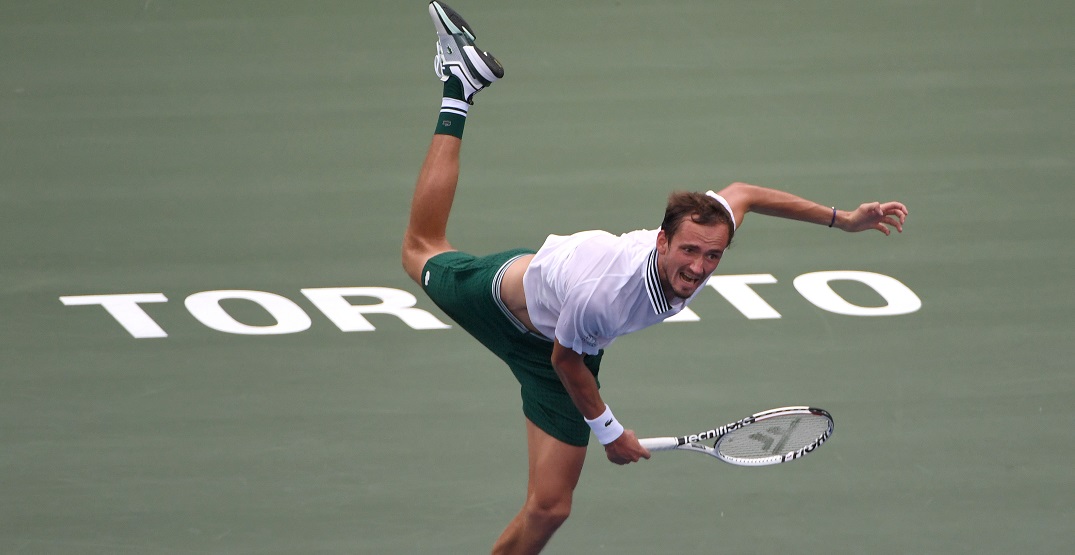 Russian tennis star Danill Medvedev couldn’t believe the call in his second round match at the National Bank Open in Toronto.

With Kazakhstan’s Alexander Bublik being shocked by a fast shot of Medvedev’s, the ball bounced back towards the tournament’s #1 seed in what looked like an easy point.

Medvedev apologized as he hit the ball back towards Bublik, who was in no position to return it.

“Sorry,” Medvedev said, as he smashed a return towards Bublik.

“Hindrance,” the chair umpire replied, awarding the point to Bublik.

'This is gonna be on Tennis TV, bro!'

“Can you imagine how stupid the call is?” Medvedev said to the umpire, as both he and Bublik began laughing.

“Can you imagine? Because I had the ball to hit! [Bublik’s] laughing at you! This is unbelievable what you have done.”

“Just going to stay silent here 🤣,” the victor tweeted about the incident.