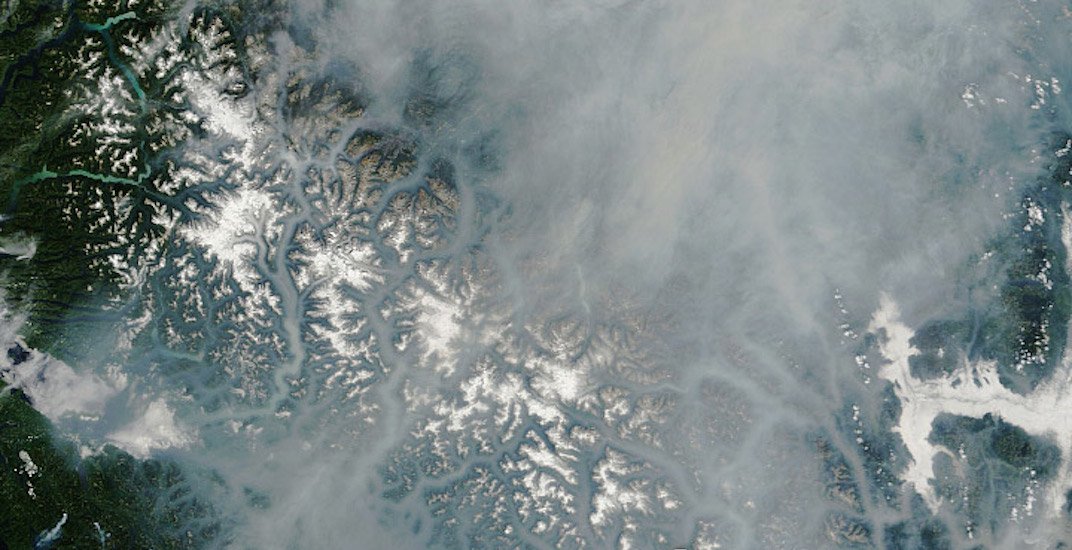 As British Columbia currently remains under a state of emergency, released satellite images from NASA show the severity of the growing forest fires from a different perspective.

This summer, hundreds of forest fires burning across BC have blanketed large areas of the province in smoke and triggered numerous air quality warnings.

Two days ago, the Moderate Resolution Imaging Spectroradiometer (MODIS) on NASA’s Terra satellite captured what BC’s smoky landscape looks like from above Earth. 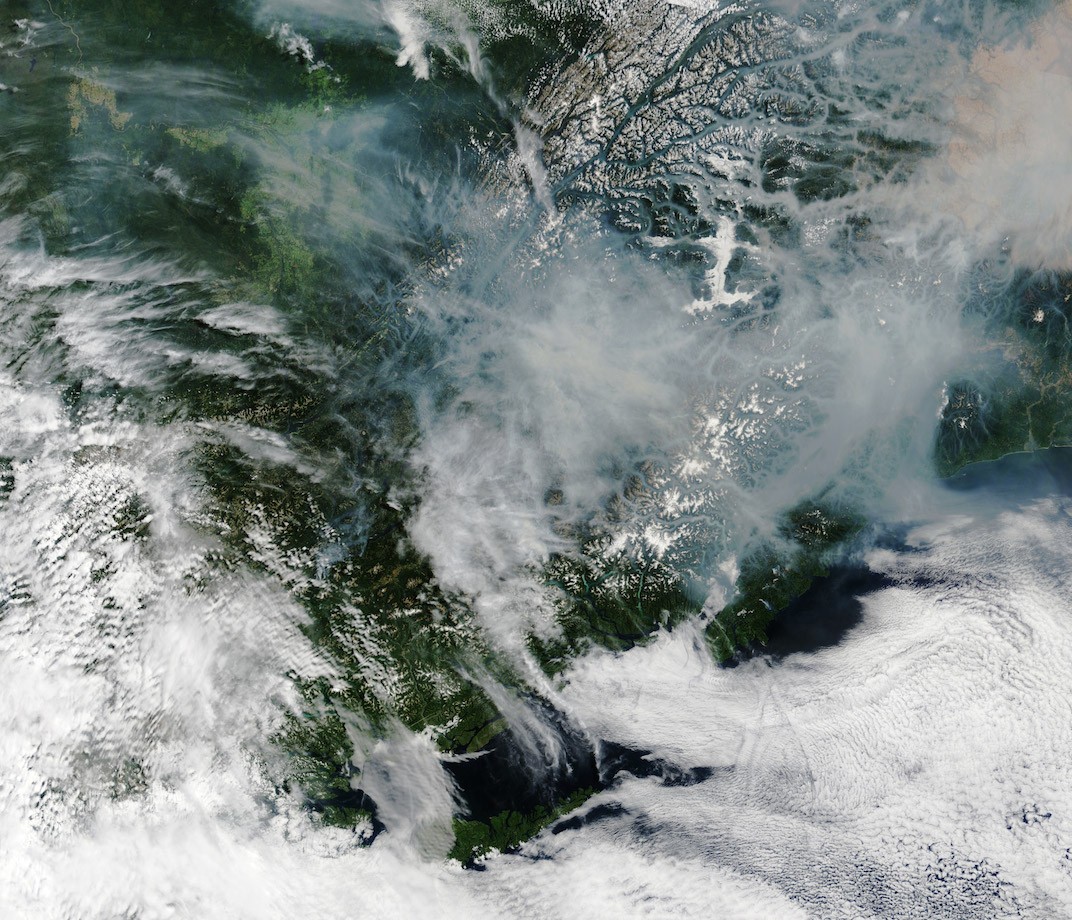 In the photo, thick blankets of smoke can be seen lingering in the valleys, but according to NASA Earth Observatory, the plumes of smoke can also be seen well beyond the province and into Washington state and deep into the US Midwest.

A natural-colour image captured by NASA’s Operational Land Imager (OLI) on Landsat 8 shows the thick smoke lingering in valleys near the snow-capped peaks of the Coast Mountains. 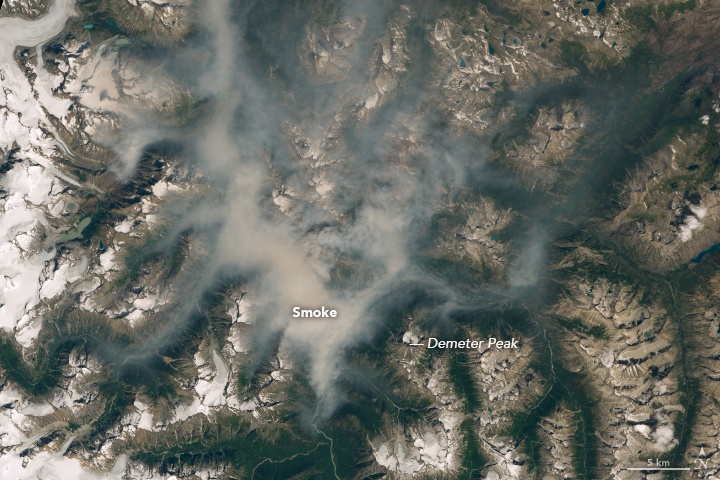 According to the province, the state of emergency is initially in effect for 14 days, once issued, and may be extended or rescinded as necessary.