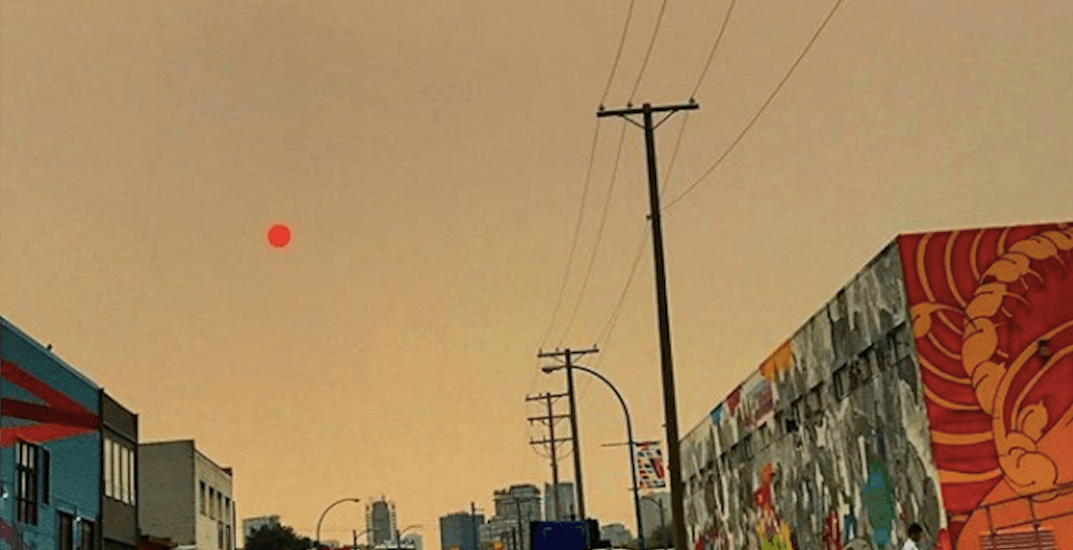 An air quality advisory remains in effect for Metro Vancouver, leaving much of the Lower Mainland in a muggy haze.

Entering its third straight day, the air quality statement is in effect for:

Wildfires burning in the interior of the province are still cause for high concentrations of fine particulate matter in the air.

The high levels of fine particulate matter are expected to persist until a noticeable change of weather or fire conditions occurs.

Although temperatures have dropped noticeably since last week, a string of sunshine over the next few days shows no indication of a shift in weather.

As it stands, the province currently has the worst air quality in all of North America, as well as beating out other major cities in Asia.

Vancouverites are recommended to stay indoors and avoid strenuous physical work outside, if possible.