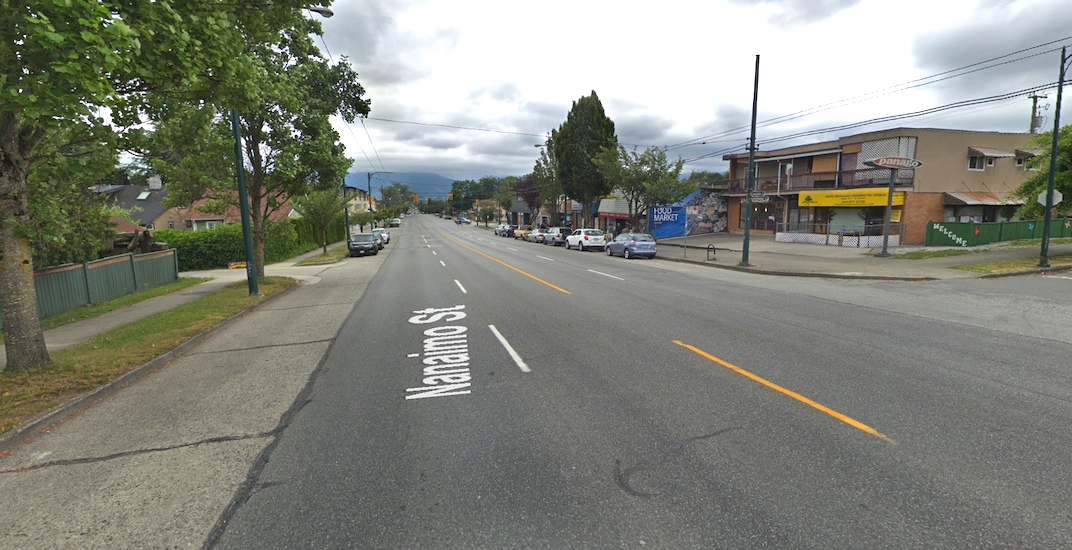 Some major changes are proposed for the roadway design of a long stretch of Nanaimo Street in East Vancouver.

In conjunction with the sewer infrastructure upgrades happening along Nanaimo Street between McGill Street and 4th Avenue, improvements could also be made to the road surface.

The most significant change would be the removal of one travel lane over a 16-block stretch between 2nd Avenue and Pandora Street because it creates “excess capacity,” according to the municipal government.

The City says a narrowed street design would reduce crossing distances for people walking, discourage speeding, and create a “more comfortable experience” on the street.

If it goes forward, construction could begin in February 2019 for a completion in spring 2020.

The improvements are said to align with the City’s “complete street” concept of redesigning streets to be all-purpose for cars, bus transit, cyclists, and pedestrians. 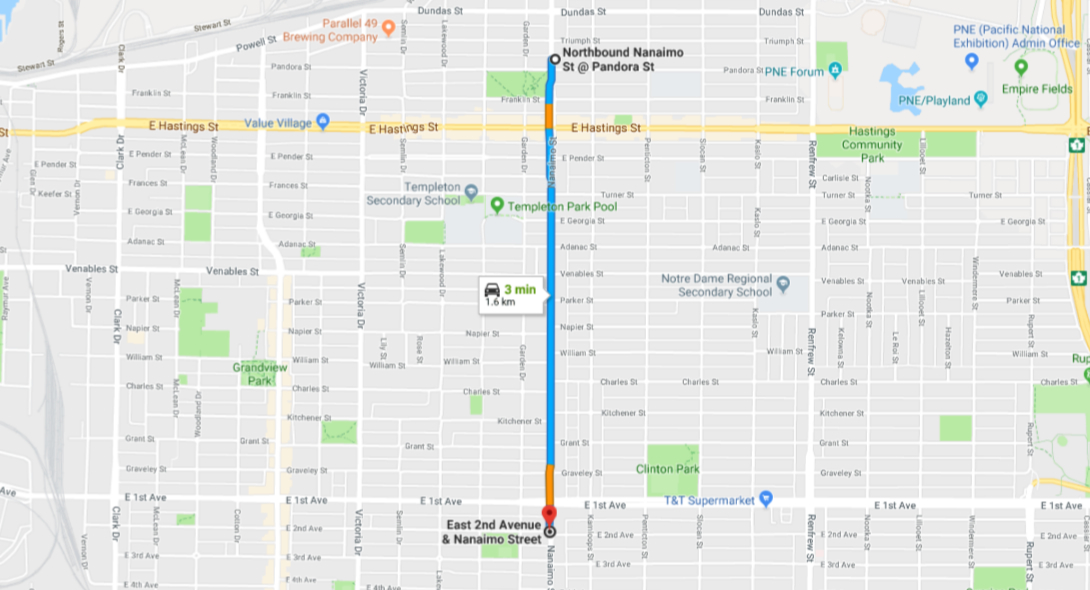 Section of Nanaimo Street that will see a one traffic lane reduction. (Google Maps)

Editor’s note: This article has been updated to emphasize that this project is still a proposal at this time.