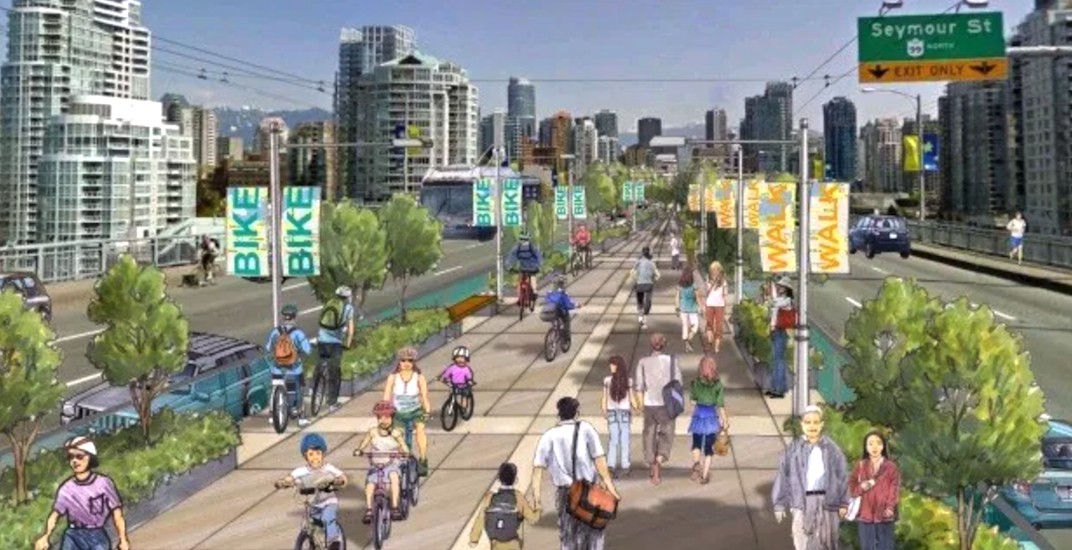 A plan to install a greenway with bike lanes and a wide walking path on the road surface of the Granville Street Bridge is being considered for inclusion in the City of Vancouver’s 2019-2022 capital plan.

The Granville Bridge Greenway project was first envisioned earlier in the decade as part of the municipal government’s 2012-approved Transportation 2040 plan. The incorporation of the project into the upcoming capital plan would allow for its full implementation over the next few years.

Early concepts for the greenway propose converting at least two centre vehicle lanes into an elevated path for cyclists and pedestrians, reducing the bridge’s total number of vehicle lanes from eight lanes to six lanes. 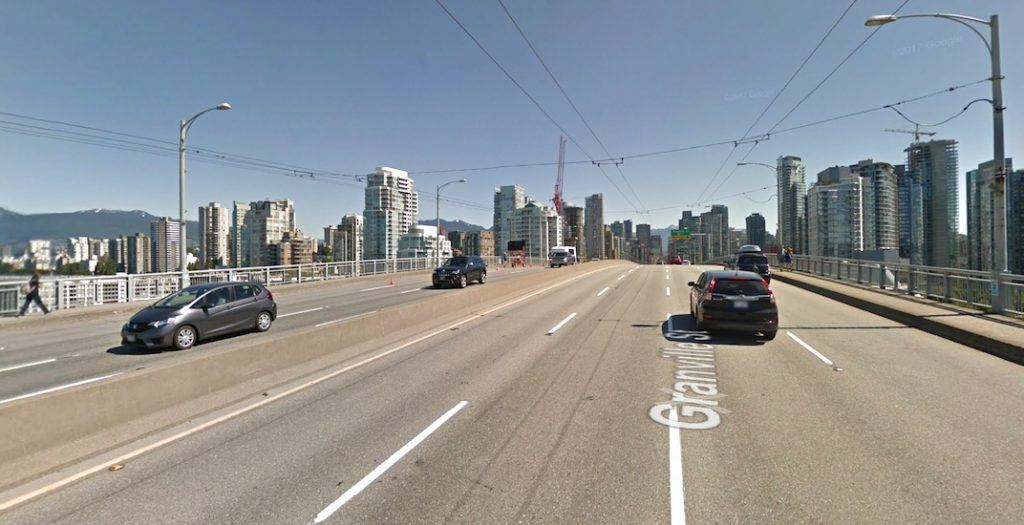 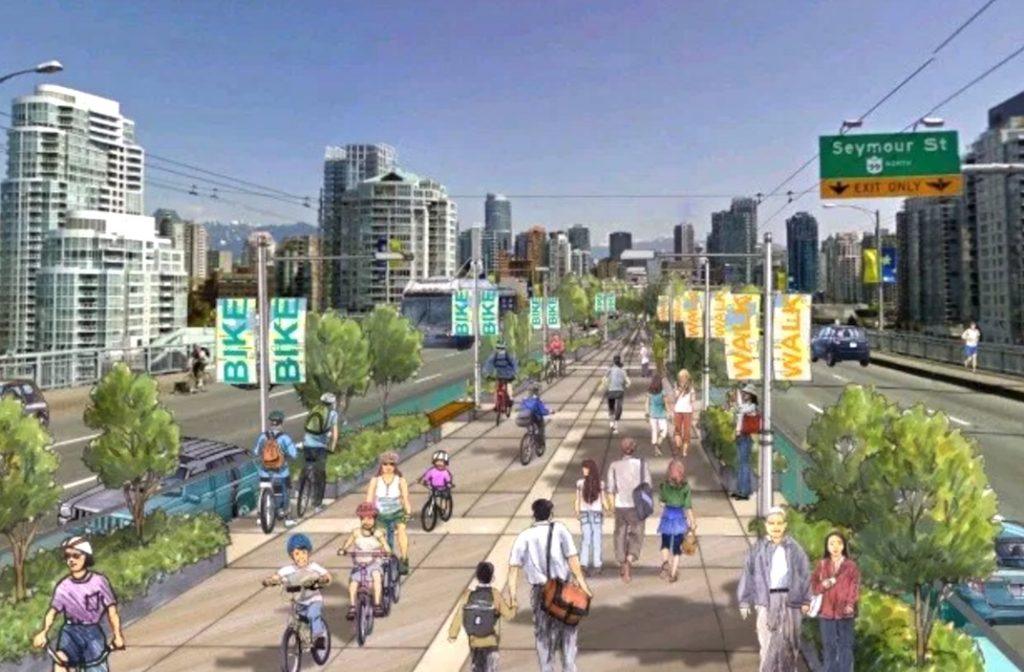 “The opportunity is particularly striking for the 8-lane Granville Bridge, which was overbuilt in the 1950s to accommodate high-speed roads that were never built,” reads a city staff report. “The current road network cannot accommodate the amount of traffic that would be required to use all the bridge’s capacity, and per lane motor vehicle volumes are especially low.”

There are currently no bike lanes on the bridge, and the existing pedestrian paths on the edges of the bridge deck are extremely narrow and unsafe.

The southbound cloverleaf ramp on the south end of the bridge could also be revamped as part of this capital plan.

“Granville Bridge sidewalks are narrow and uncomfortable, and inaccessible for many people due to steps at ramp crossings,” says the report.

“Motor vehicles travel at high speeds and there are no cycling lanes on the bridge. Off-ramps that were designed to accommodate high-speed traffic create connectivity challenges at either end of the structure.”

According to the draft capital plan, the project’s estimated cost is $25 million, and this is on top of the $24.6 million budgeted for citywide vehicular bridge upgrades, including other non-greenway related improvements to the Granville Street Bridge.

Other recent city reports also note that a future walking and cycling connection could be established between the future permanent Arbutus Greenway at West 5th Avenue to the Granville Bridge Greenway. It would be integrated with the Park Board’s design for a city-block sized public park in the area of West 6th Avenue and Fir Street, immediately west of the bridge.

Separately, Canada Mortgage Housing and Corporation’s long-term redevelopment master plan for Granville Island, released in May 2017, includes the construction of elevator and staircase tower structures that pierce through the bridge to provide a pedestrian connection between the island below and the bridge’s greenway.

The viability of this elevator and staircase tower concept has not been proven.

Over on the north end of the bridge, the City has already set in motion a plan to demolish both cloverleaf ramps that connect the bridge’s road deck to Pacific Street.

A new street grid and approximately 725,000-sq-ft of mixed-use redevelopments are planned to replace the ramps.