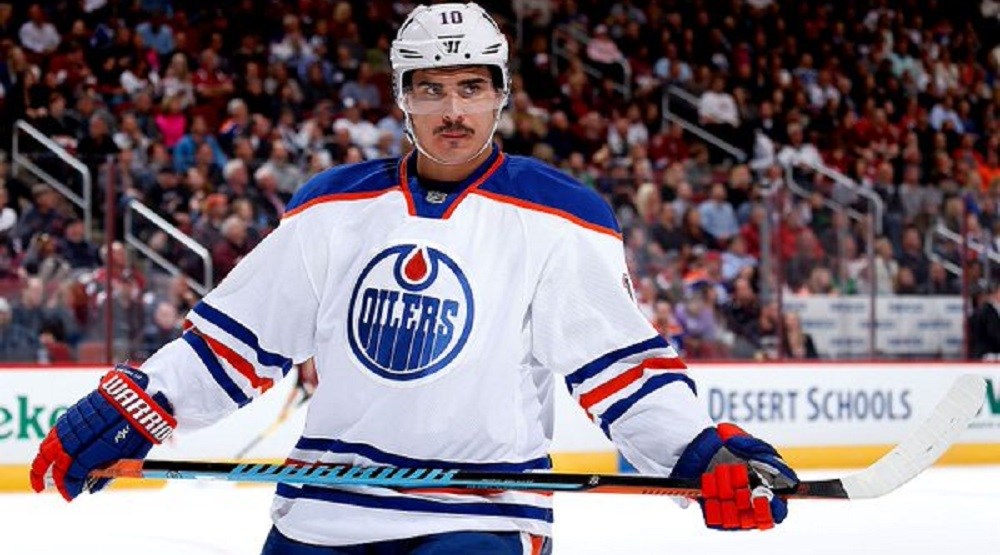 Maybe the Canucks could get a first overall draft pick after all.

Larionov : : "Nail would love to play for Vancouver." #Canucks

Given the state of this franchise, one might wonder why any free agent would prefer signing here over other destinations. When you think about it though, it makes a lot of sense for Yakupov to come to a team like the Canucks.

The land of opportunity

The one thing the Canucks have more of than most other teams right now is the same thing that Yakupov desperately needs at this stage of his career – opportunity.

The 23-year-old Russian has thus far failed to establish himself as a top-six player. After four seasons in Edmonton that just seemed to get worse and worse, Yakupov was traded to St. Louis before the start of last season.

After just nine points in 40 games with the Blues, St. Louis elected not to qualify him on Monday, making him an unrestricted free agent.

What Yakupov needs now is a team that can give him playing time in hopes he can rediscover his scoring touch. That team could be (and should be) the Canucks.

After all, who else do they really have to score goals?

I'd rather have Yakupov then Megna… #Canucks

The Canucks have been struggling to put the puck in the net for two seasons and counting now. It’s been well documented. If it’s a one-year deal for Yakupov at around $1 million, what’s the worst that could happen?

Yakupov certainly hasn’t lived up to his draft hype. In fact, he’s trending towards being one of the biggest busts of all-time.

But one should also keep in mind that Edmonton was largely a tire fire during his four seasons there. Yakupov’s pre-NHL numbers, and even his rookie year where he scored 17 goals in a lockout-shortened 48-game season, suggest he has some good offensive tools.

In a perfect world, Yakupov would start in a top-nine role with the Canucks and rediscover his scoring touch somewhere along the way.

Of course, expectations should be kept low. If he can turn himself into even a third line scoring winger, that’s a win. Anything above that would make the Canucks look like geniuses.

And if he fails, so what?

Last year, the Canucks had Drew Shore, Joseph Cramarossa, and Griffen Molino in their lineup for parts of the season. Michael Chaput, Jayson Megna, and Jack Skille all suited up for well over 50 games last year.

Don’t know about you, but I’d take a 50-game trial of Yakupov before bringing any of those guys back.