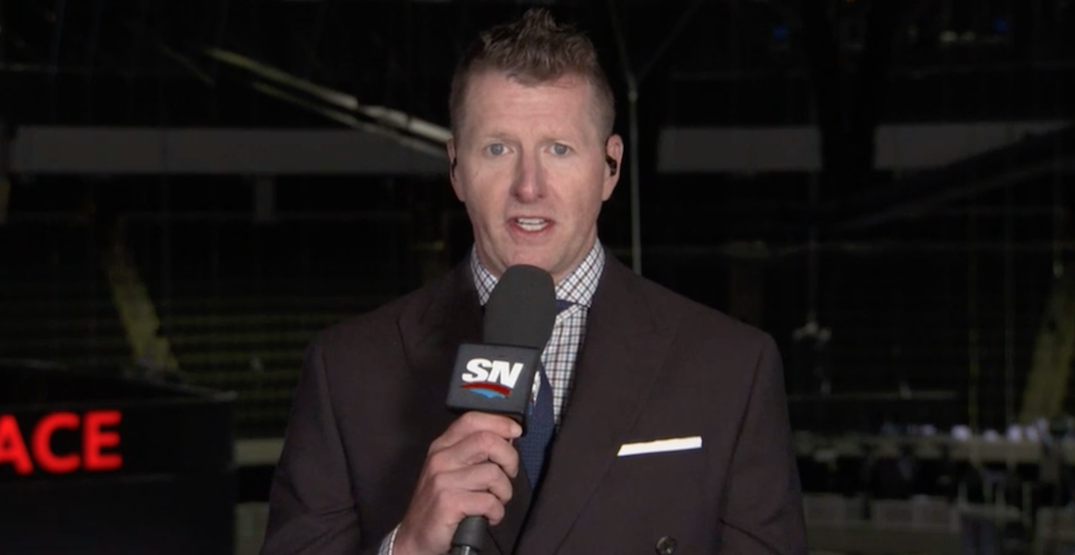 And yes, COVID-19 is once again to blame.

The Sportsnet broadcast, which is being done remotely from a studio due to the pandemic, is missing Dan Murphy. He’s in Sportsnet’s COVID protocol.

“Dan Murphy is off for this road trip. He’s in COVID protocol. The important thing is Dan and his family are all doing well,” said Kyle Bukauskas, a native of Campbell River, who is filling in for Murphy in studio.

The Canucks are on a five-game eastern road trip, beginning tonight against the Florida Panthers.

Murphy told Daily Hive that his daughter tested positive on Saturday, so he will miss 10 days of work as a close contact.

The beloved Canucks host tweeted out a photo of him watching tonight’s game from the comfort of his own home, with a beer in hand.

“First time in two decades I’ll watch a game I was supposed to work,” said Murphy. “Missed two previously due to emergency situations.”

First time in two decades i’ll watch a game I was supposed to work. Missed two previously due to emergency situations.

This is the second time this season that a member of Sportsnet’s on-camera broadcast crew has missed time for a COVID-19 related absence. Corey Hirsch filled in for John Garrett during the first Canucks road trip of the season, after Garrett tested positive.