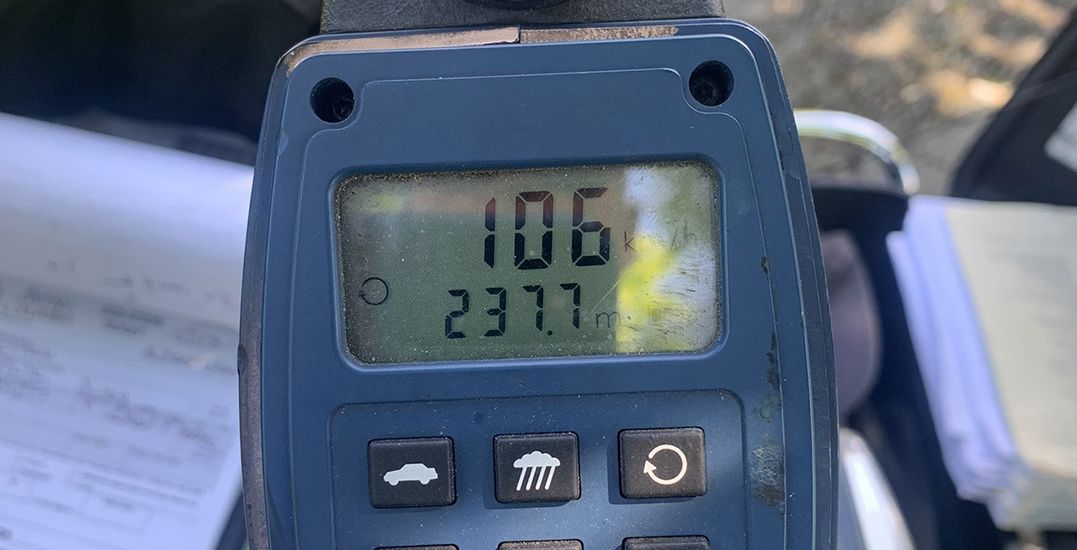 An “N” driver in Vancouver recently had their vehicle impounded after going double the posted speed limit.

VPD Traffic Sergeant Mark Christensen says that the driver was going 106 km/h in a 50 km/h zone.

What’s worse, however, is what the driver told VPD after they were pulled over.

Christensen says they told police that the speed limit was “too slow” and that it should have been 70 km/h. They also said that they “failed [their] driving test twice for going too fast.”

The driver received a hefty $368 ticket and had their vehicle impounded for seven days.

When you are a new driver doing 106 in 50 and you say to the officer “speed limit is too slow it should be 70” and “I failed my driving test twice for going too fast” you can enjoy walking home! $368 and 7 day impound @VancouverPD @ChiefPalmer @DeputyChow @VPDTrafficUnit pic.twitter.com/9y1nG4gt9t

Christensen added that while licence suspensions and prohibitions are decided by ICBC, he believes that this count of excessive speeding “meets the criteria.”