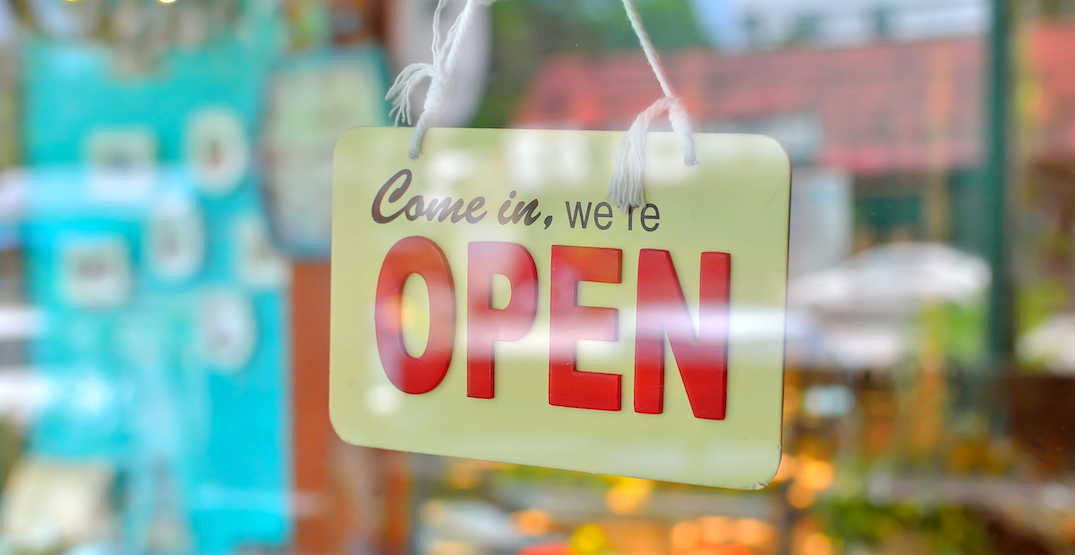 On Tuesday afternoon, the provincial government unveiled its restart plan for expanding social and physical interaction as well as opening up different sectors of the economy.

The plan will be broken down into four steps and is described by officials as “a slow and gradual return to a more normal life.”

“British Columbians have sacrificed so much over the last 15 months to help keep people and our communities safe,” Premier John Horgan said in a statement.

“We have made tremendous strides with our vaccination program, and we are now in a position where we can move forward with a plan to slowly bring us back together.”

BC’s restart plan is divided into four steps. In order to progress further into the restart plan, factors such as COVID-19 case counts, hospitalizations and deaths, and vaccination levels will be taken into account. 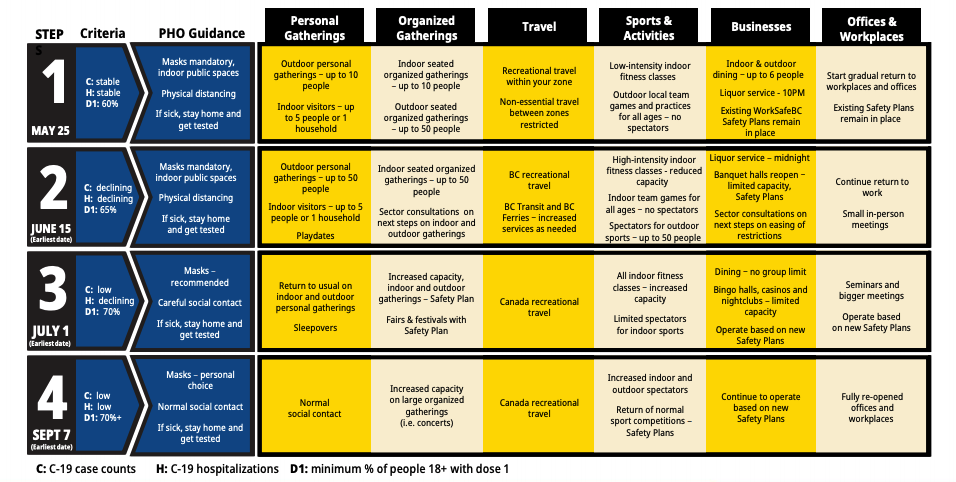 Approximate dates have also been provided for when the province will move to the next step, although health officials stress that the plan “will be guided by data, not dates.” Health and safety measures such as mask-wearing and physical distancing will also remain in place for the first two steps of the plan.

The four steps of BC’s reopening plan are as follows:

BC enters the first step of its restart plan with more than 60% of British Columbians over the age of 18 vaccinated with their first dose. Those above the age of 12 in the province are also eligible for immunization.

Additionally, the health officials say that the seven-day average for case counts has decreased by more than 65% since early April. 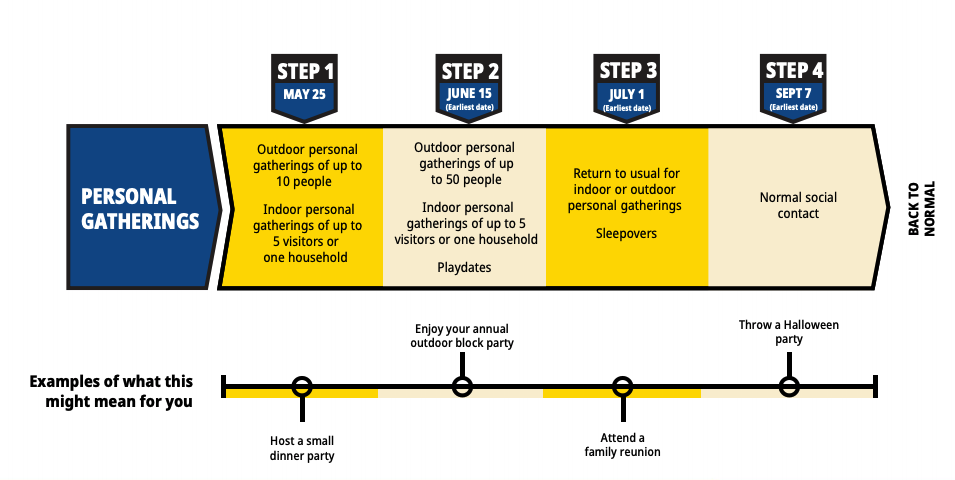 Changes included in Step 1 are as follows:

In order to begin Step 2 of the restart plan, 65% of the adult population will have to receive their first dose of the COVID-19 vaccine. Cases, as well as hospitalizations, will also need to remain on the decline. 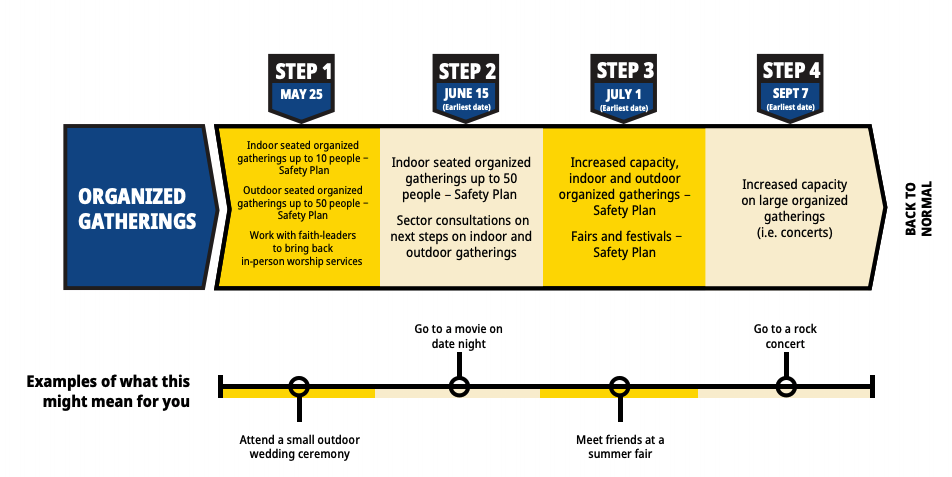 The provincial mask mandate, business safety protocols, and physical distance measures are still in place. Health officials, however, will begin a “consultation process” to prepare for larger indoor and outdoor gatherings that are held with safety protocols.

Changes included in Step 2 are as follows:

BC will move into Step 3 as early as July 1 and will require at least 70% of the adult population to have received a COVID-19 vaccine. Cases must continue to be low with hospitalizations declining.

Health officials say that they will reveal new public health and workplace guidance around personal protective equipment, physical distancing, and business protocols at this time.

Other changes included in Step 3 are as follows:

The province plans to enter Step 4 in early September (September 7) and 70% of the adult population will require their first dose of the COVID-19 vaccine. Cases and hospitalizations will need to remain low and stable, and clusters must be contained.

This step would include returning to “normal” levels of social contact, increasing the capacity at larger outdoor gatherings, and removing the limits on indoor and outdoor spectators at sports. Businesses will also operate with new safety plans.