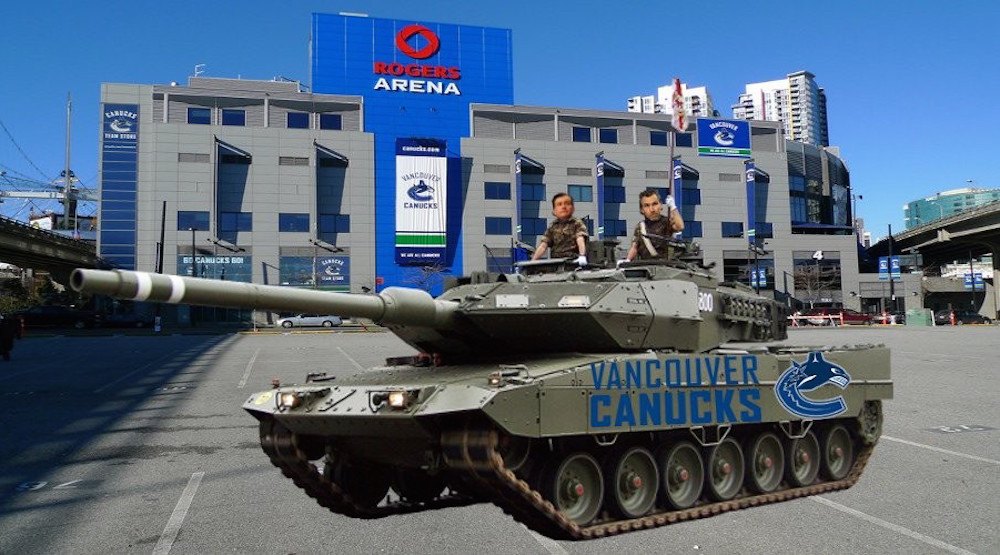 The Vancouver Canucks are about to enter an important stretch of hockey in the next 19 days that could affect the future of their franchise. And with just 11 games remaining in the regular season, these are must-lose games for the Canucks.

With the playoffs a dream that was shattered weeks ago, the best-case scenario for Vancouver is to sink as low in the standings as possible. And boy are they on their way to doing just that. 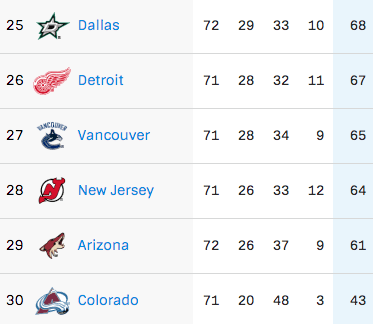 With a 5-13-3 record since February 1, the Canucks have the worst record in the NHL since the All-Star break. The lowly Arizona Coyotes have made up 10 points on the Canucks, making the once improbable prospect of Vancouver dropping to 29th place a realistic possibility.

We’ve been here before, of course. The Canucks were in a similar position last season, and lost 11 of their last 15 games en route to the third-worst record in the overall standings.

#Canucks are 1 point behind where they were at game 71 last season.

Currently on pace for 74 PTS pic.twitter.com/5ib5LxtYfT

Looking ahead, Vancouver will be hard-pressed to win much the rest of the way once again. Seven of their last 11 games are on the road, while eight of their final 11 games are against playoff teams.

I’m a glass half full kind of guy, so I see the silver lining here: the opportunity to tank.

I’m not religious, but it appears that God wants Vancouver to tank.

How else can you explain how the Canucks’ roster has been depleted in recent weeks?

Here's what the hockey gods think of the #Canucks anti-tank stance: mumps, flu, food poisoning, you're not good get over it.

A number of factors, including injuries, illness, and trades have depleted the Canucks’ roster. Vancouver dressed eight players on Saturday that would be playing in the AHL with many NHL organizations.

Now, as Canucks fans found out last year, finishing near the bottom doesn’t guarantee much.

Vancouver finished third-last and ended up with the fifth pick in the NHL Draft. Meanwhile, Winnipeg (sixth-worst) got the second overall pick. It’s a lottery, so there’s luck involved.

But finishing near the bottom does guarantee some things, given only the top three picks are decided by a lottery.

I could go over the history of draft lottery winners (Toronto won Auston Matthews with the best odds, Edmonton won Connor McDavid with the third-best odds), but lucky for us, the math is already done and the probability is staring right at us.

If the season ended today, here’s who would have the best odds for the top pick:

As you can see, the difference between finishing 29th and 25th represents a drop of less than 6% with regards to the odds of winning the #1 draft pick. But that’s not all that’s at play here. 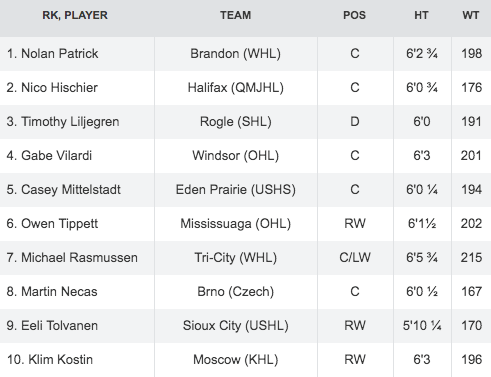 Brandon Wheat Kings centre Nolan Patrick is the consensus #1 pick, but Nico Hischier of the Halifax Mooseheads is making it a close race. Both players are projected to be first line centres, and should be the apple of Jim Benning’s eye.

The consensus among scouts (according to McKenzie), is that Patrick would have been picked fifth last year, had he been eligible. So manage your expectations accordingly.

But while this year’s draft may not be as deep as the previous two (there’s no McDavid or Matthews available this time around), you’re still better off picking at the top of the draft.

After the top-two on McKenzie’s list is a group of four good prospects before the next drop off. That group contains two centres – the Canucks’ most pressing need – although Gabe Vilardi has seen a lot of time on the wing this season.

We won’t know how the ping pong balls fall until the draft lottery next month, but it’s a mathematical fact that Vancouver can increase their odds of finding the player they want by dropping in the standings.

So yes, as tough a pill as it may be for diehard Canucks fans to swallow, it’s must-lose time.