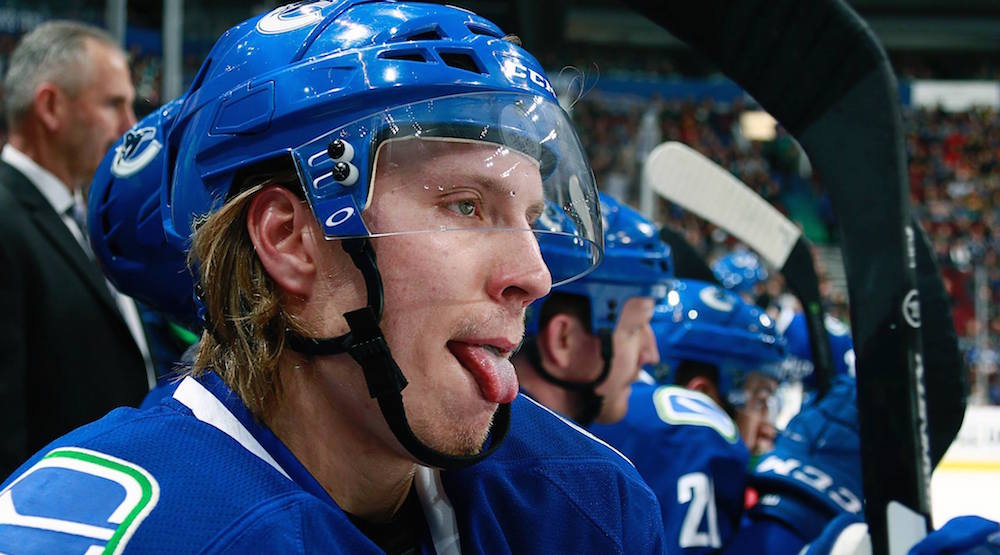 Markus Granlund’s 2016-17 season is over, as Canucks GM Jim Benning announced on Monday morning that the 23-year-old forward will undergo wrist surgery.

No timetable for recovery was announced, but with just 20 days left in the season it would take supernatural healing power to get back for the finale in Edmonton on April 9.

“Markus has had an ongoing wrist injury which we’ve treated through regular maintenance and rehabilitation,” said Benning. “Our Canucks medical team and Markus believe that surgery is the best course of action for his long-term health and by having the procedure now it will allow him to have more time to rehabilitate and work out in preparation for next season. Markus is an important part of our team and we are confident he’ll have a full recovery.”

This was a breakout season for Granlund, the player Vancouver acquired for Hunter Shinkaruk in February of last year. Granlund will finish the season one goal shy of the 20-goal mark, which will exceed the expectations of most.

Granlund came to the Canucks advertised as a two-way centre, but developed into somewhat of a goal-scoring winger this season. Ironically, it was his quick, hard, accurate wrist shot that was most impressive. It makes you wonder what he could do at 100% strength next season.

Next year will be a big one for Granlund, who will look to build off a strong first full season in Vancouver while in the last year of a contract that carries a $900,000 cap hit. The Canucks can begin negotiating on an extension with Granlund this summer.