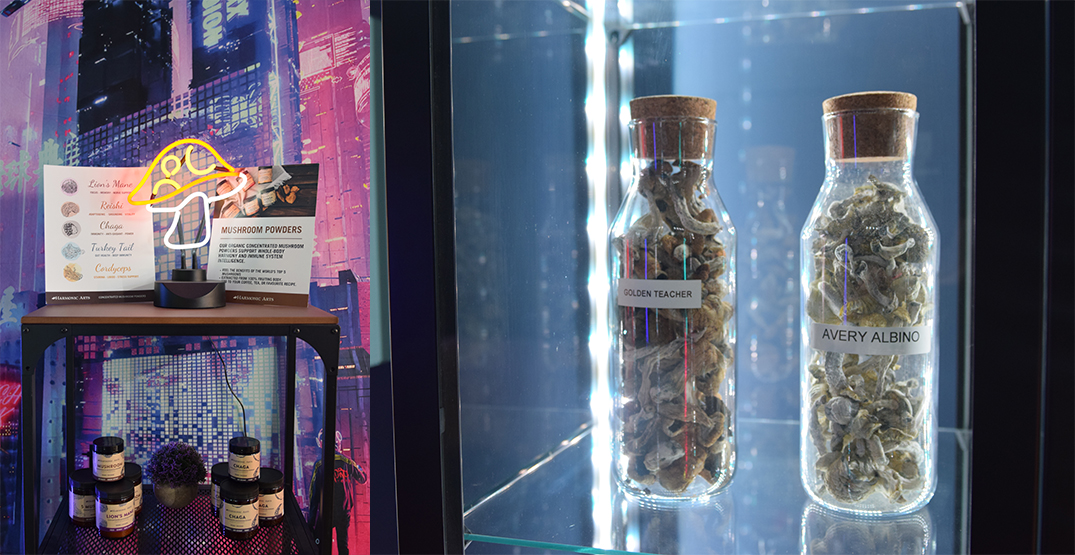 Just up the street from Vancouver’s sunny English Bay, there are colourful new signs advertising magic mushrooms for sale inside a barbershop that’s been operating in the neighbourhood for years.

Walking up a few stairs and through Mushroom Cuts‘ glass doors, you’ll see two salon chairs framed with neon lights that pop against the navy blue walls. Behind them, there’s a glass divider, and a voice behind it asks, “Looking for some mushrooms?”

“We initially had a barbershop running, then COVID-19 hit and lots of businesses had to pivot to figure out different revenue streams,” store manager Bryan Jacob told Daily Hive. 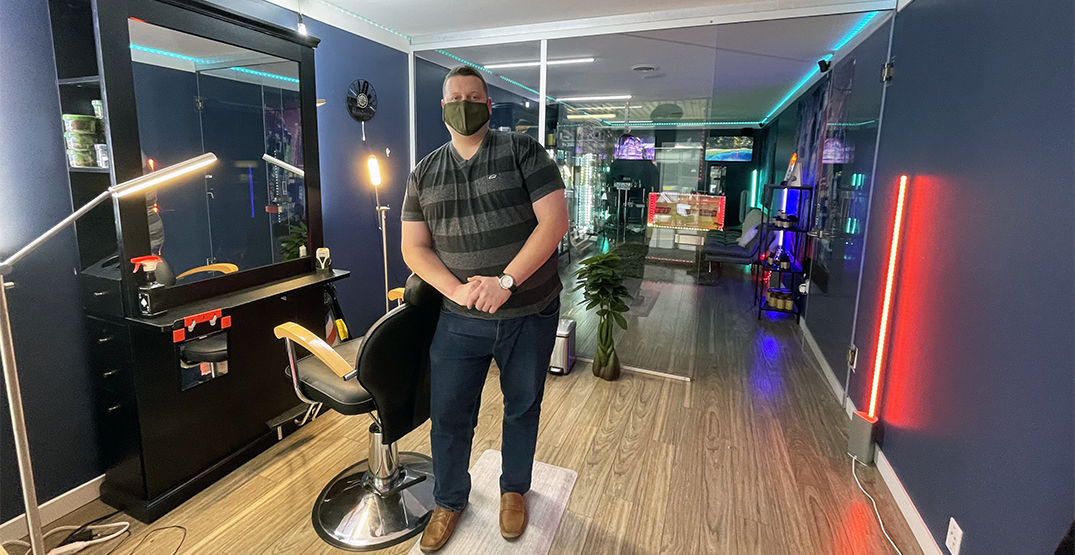 “We were seeing a big uptake in the mushroom and psilocybin market, and we decided to make it a mixed-use retail space.”

The business used to be a six-chair barbershop known as Multi Culture Cuts, and now four have given way to a dispensary that’s part of Vancouver’s new crop of shops selling mushrooms and psilocybin products. 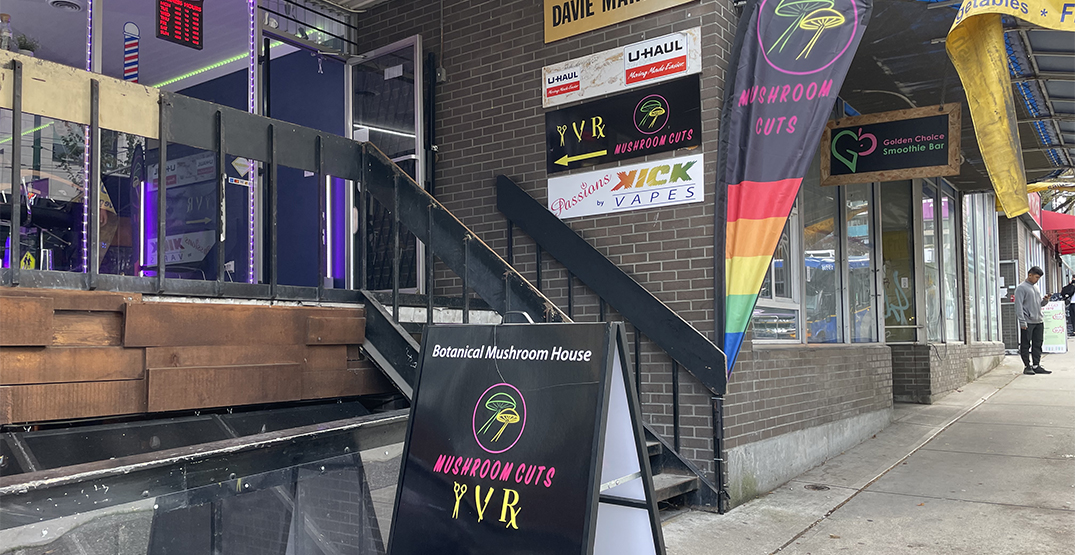 The people behind them view psilocybin as the next cannabis — and say boundary-pushing stores are a key step toward legalization.

The first brick-and-mortar shop was Dana Larsen’s Medicinal Mushroom Dispensary, which opened in the fall of 2020. Then the Fungi Shop opened downtown in spring 2021, and Mushroom Cuts joined in June.

Larsen is a long-time advocate for safe supply and decriminalization of all drugs, and was involved in the Vancouver movement to legalize cannabis.

“I think access to psychedelics is going to follow a similar path,” he told Daily Hive. “Civil disobedience…and making things available is part of the path.”

The psychoactive ingredient in magic mushrooms is psilocybin, and it can result in a mood boost when taken in small doses or induce hallucinations and euphoria when taken at higher doses. 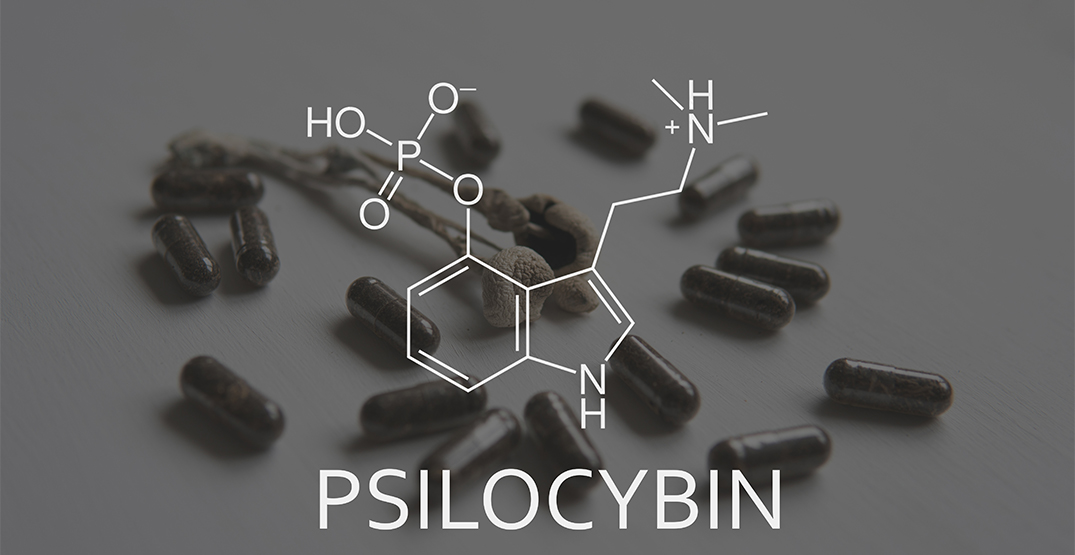 Psilocybin is a controlled substance in Canada, and the sale, possession, or production of it is illegal unless authorized by Health Canada, spokesperson Mark Johnson told Daily Hive.

But so far, Larsen hasn’t had any trouble with the police.

“At VPD, our priority is to investigate and disrupt organized crime groups and violent offenders who manufacture and traffic harmful opioids, like heroin and fentanyl,” Addison said.

“While we do not see the same level of violence and life-threatening health complications associated with psilocybin and psilocin, they are still controlled drugs and substances, which means anyone who possesses or traffics them could be arrested and charged.”

Larsen pointed to the recent decriminalization of magic mushrooms in Seattle and Oregon as evidence that public perception of the dried psychedelics is favourably shifting. Vancouver and BC’s governments have also asked Health Canada to decriminalize small amounts of all illegal drugs.

“When people began to see it as medical marijuana and not some hedonistic activity, it helped to change perception. The same thing is happening with mushrooms and more broadly with psychedelics — PTSD for veterans, they help people deal with childhood trauma and substance abuse issues,” Larsen said. 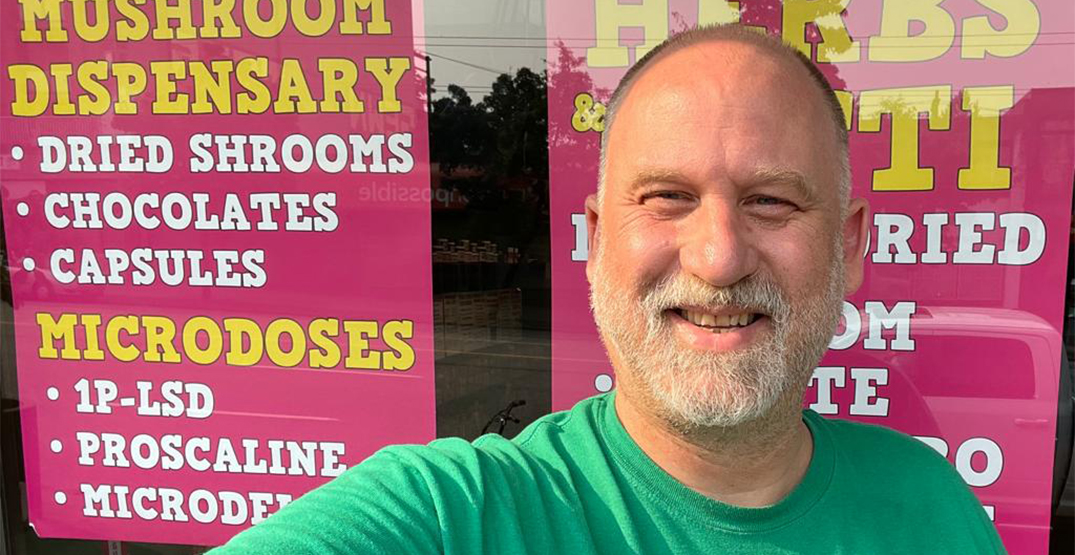 Health Canada has granted 49 exemptions for patients who are suffering from end-of-life psychological distress associated with cancer or ALS/Lou Gehrig’s disease as of October 22. The exemptions allow patients to possess and use mushrooms to help them deal with their illness.

“There is ongoing research looking at the potential of psilocybin to treat various mental health disorders such as anxiety, depression, obsessive-compulsive disorder and problematic substance use,” Johnson said. “While psilocybin has shown promise in clinical trials for the treatment of some indications, further research is still needed.”

But waiting for government approvals is too long a process for people who want access to magic mushrooms now, say some advocates.

Spencer Hawkswell, CEO of Therapsil, an organization that helps patients get compassionate access to psychedelic therapy, said they have a list of more than 1,000 patients seeking legal psilocybin, and that’s not including doctors and nurses who want guidance when patients ask similar questions.

“For some people [a dispensary is] their only way to access it. It’s sad that this is the state of medical access,” Hawkswell said. “What we need now is some courage. We need politicians to display courage and compassion.”

Scott Bernstein, executive director of the Multidisciplinary Association for Psychedelic Studies, wants to see Canada move away from its “prohibition” system to legal regulation of all psychedelics and other drugs.

He framed the new dispensaries as filling a niche because there’s demand for psychedelics beyond what street dealers can fill.

“It allows people to think hey, maybe it’s not so bad as they told me it was. The sky’s not going to fall if we allow people to access this substance.”

But although Vancouver’s new mushroom shops look fairly sleek, there’s still no regulation or oversight of the products inside.

“You have to trust it’s coming from a reputable source. But you may not know,” Bernstein said. 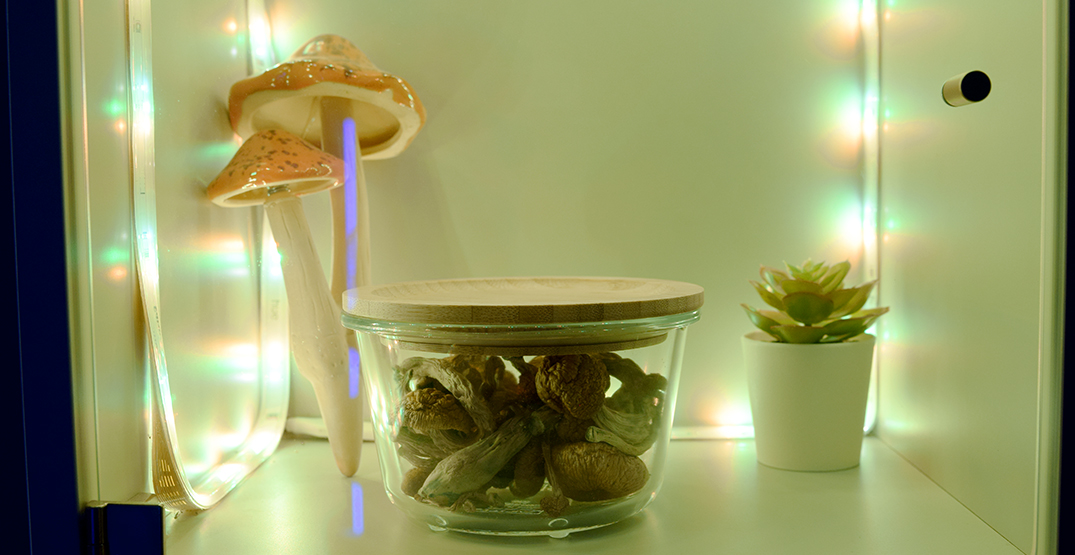 Before cannabis was legalized there were more than 100 law-dodging dispensaries in Vancouver. Psychedelic advocates don’t see mushrooms becoming that popular. About 40% of Canadians report having used cannabis in their lifetime, but the portion of people who use psychedelics is much smaller.

Psilocybin is also self-limiting, because the effects wear off if done in quick succession. People can’t go on mushroom trips every day the same way heavy cannabis users smoke a large amount of flower daily.

Larsen predicts it will take a few more election cycles before magic mushrooms are legalized, and when it happens he doesn’t want to see a takeover of the market by large companies like what happened with cannabis.

“I want to see more Canadians have access to mushrooms in safe and known dosages… micro-dosing is going to become very mainstream,” Larsen said. “I think the time has come.”