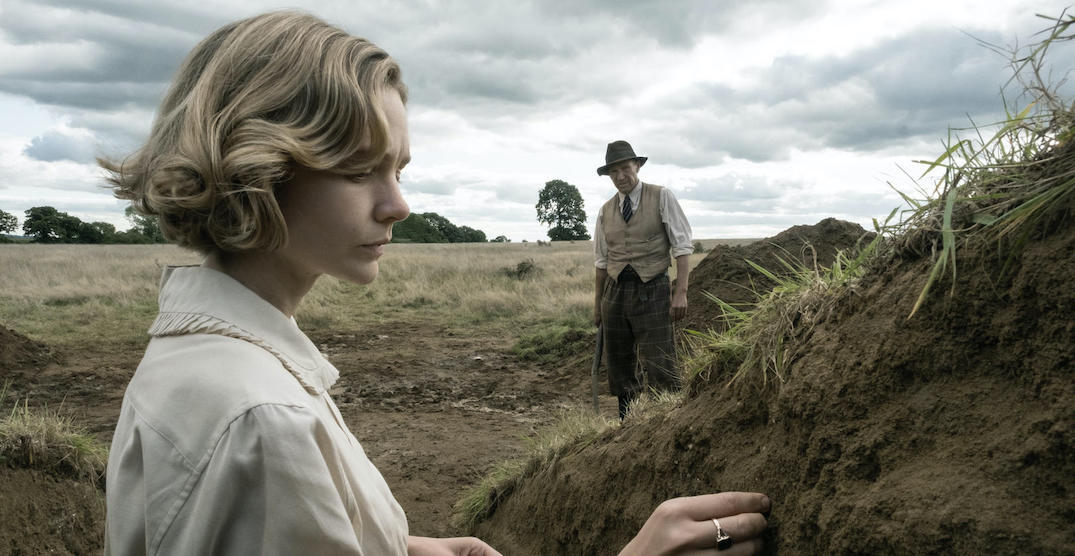 The romance genre on Netflix is a fairly busy one in February.

Even if binge-watching television and movies is something we’ve been used to lately, it’s still nice to choose the right movie for Valentine’s Day. There’s always the modern classics like Crazy, Stupid, Love, The Notebook, and Titanic, but a new love story just feels so good when we find it — much like real life.

The romance category is filled with hidden gems and underrated movies, and there are so many great love stories in the different Netflix sub-categories.

Here are 11 romantic movies available on Netflix right now — from all types of genres — perfect for Valentine’s Day viewing.

It’s still surprising that audience favourite filmmaker Quentin Tarantino wrote a script that was then directed by action-movie genius Tony Scott. What’s more surprising? So many people haven’t seen it yet. It also has Gary Oldman playing a pimp, Brad Pitt as a hilarious stoner, James Gandolfini in his first major role, Tarantino’s suspenseful cross-table dialogue, and Scott’s ability to shoot a shoot-out. The most consistent thing in this unpredictable movie is the dream-like love between Clarence (Christian Slater) and Alabama (Patricia Arquette).

Movies Based on Real Life

Set in 1983, Adrift opens with Tami (Shailene Woodley) and Richard (Sam Claflin) developing a beautiful romance in Tahiti that eventually leads them both to set sail together across the Pacific Ocean. The story turns into a survival drama film when they’re caught in Hurricane Raymond and left stranded at sea. The two performances are incredible and make this true story of love and survival that much more harrowing to watch (and cry over) with someone else.

It’s difficult to describe just how big of a phenomenon this movie was when it came out. It revolutionized international cinema and was nominated for 10 Academy Awards — a record that stood for 18 more years. The cinematography and martial arts are a beautiful thing to look at, and so is the film’s love story. Like so many great on-screen romances, this one was doomed from the start. The daughter of a young emperor is in love with a great warrior, but she must marry the wrong man for the wrong reasons. The love story is often overshadowed by the flying fights, but the romantic moments are just as intriguing.

Spirited Away, at its core, is about growing up. But often part of growing up is falling in love, and 10-year-old Chihiro certainly experiences that feeling. The movie is so visually and emotionally beautiful that it would qualify for any list based on cinematic strength alone. If you haven’t seen a Studio Ghibli movie before, they’re basically the Pixar of Japan. Known for their animated children’s movies with mature themes, Spirited Away is their best — perfect for anyone with kids (or who has ever been a kid).

Spirited Away is the highest-grossing film in Japan’s history. It was also named the fourth best film of the 21st century at the BBC when voted on by 177 critics. The love between Chihiro and Haku is hard to explain because love is hard to explain — you just have to experience it for yourself.

Holding the Man was a memoir first, then adapted to a stage play, and then made into this feature film. Set in Australia, this love story of Tim and John begins when they are teenagers, and unfolds over fifteen years. This quiet story of epic romance is tested throughout the years, through separation, temptation, and discrimination. The chemistry of these two men is an intense viewing experience that’s just as achingly beautiful as it is heart-wrenching.

Charlie Chaplin is a Hollywood legend, and this movie where he plays his familiar tramp character is his most romantic. This black and white, silent film from the 30s still holds up today, and in a time of blockbuster explosions and complex romantic plots, the simplicity is the most refreshing part. City Lights is the story of a charming tramp who falls in love with a blind girl. It’s an underdog love story, and one to have fun with and make you feel good.

The plot of Other People sounds extremely bleak, but with so much genuine heart and laughs, it’s a subtle look at love and family. A writer (Jesse Plemons) is broken up with during the worst year of his life — and then his mom gets terminally sick. This is a story about what being in love means to us, just as much as what it means to love ourselves. It’s bold, often sad, but always wickedly funny.

The Half of It

There were plenty of romantic Netflix Originals to choose from — To All the Boys I’ve Loved Before, The Kissing Booth, Holidate — but we have to pick the underrated 2020 film The Half of It. It’s never corny, but always sweet. The serious moments are tender ones, never dipping into the melodramatic. This is a funny coming-of-age love story involving multiple characters, all of which we love spending time with. The poetic Ellie starts writing love letters to Aster, on behalf of the inarticulate Paul in return for money — except Ellie has a crush on Aster, too.

Yes, A Star Is Born is on Netflix, and yes, it would be a great choice for Valentine’s Day. But, we suggest choosing Beyond the Lights instead. It’s a similar story — a struggling pop star falls in love with someone unfamiliar with that world of fame, and together, they navigate their careers, their lives, and their love. There’s passion, fights, love-making, and original songs that should already be on your Spotify playlist. Beyond the Lights is definitely a familiar story, but it’s done so well you’ll just want to hold your partner’s hand (or dog, or pillow).

No list of romantic movies would be complete without the always enjoyable “rom-com.” There were plenty to suggest, and since Notting Hill is no longer available on Netflix, we have to go with Set It Up. Like any great romantic comedy, the plot is easy to understand, but always plenty of room for crushes and hijinks.

The story is about two overworked assistants (Zoey Deutch and Glen Powell) trying to set up their incredibly demanding bosses (Lucy Liu and Taye Diggs) with each other. Set It Up is easy, adorable, and hilarious, and mostly works because of the incredible charm of all four leads.

The Dig might not have the sexiest title on the list. At first glance, it’s not the most romantic premise either — a widow hires a self-taught archaeologist to dig up some hills on her land? But The Dig skyrocketed to the Netflix top ten the day it premiered because it’s one of the more beautiful looks at love in recent years.

This isn’t the familiar story about two unlikely strangers who fall for each other over the course of their work together. The Dig is about our lives and our love, and how neither should be wasted, because like the ancient ship they’ve discovered proves, our time here is finite. The story splinters off to explore the different loves between a man and his wife, a son and his mother, two closeted men, and the new spark of true love. You’ll dig this one (sorry).