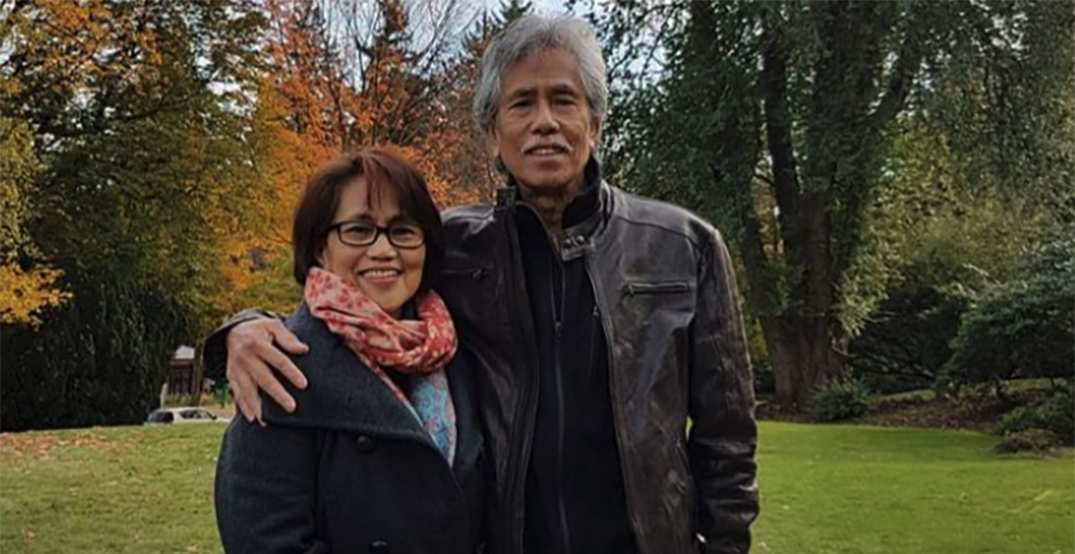 A woman was killed and her husband severely injured in a head-on crash in North Vancouver Tuesday night, and relatives have organized an online fundraiser to help the family get through the difficult months ahead.

Marcelina Perdido Agulay, or Lina as her friends and family called her, is being remembered as an inspiring teacher and loving wife, mother, and grandmother.

She had picked up her husband Leonilo from work and was driving eastbound on Low Level Road when a driver believed to be intoxicated crossed the centre line and hit the couple head-on, according to North Vancouver RCMP.

The suspect driver’s car was on fire when officers arrived. The intoxicated man managed to escape before the vehicle burst into flames, and was taken to hospital with serious but not life-threatening injuries, police said.

“We are all in shock and in utter disbelief,” relatives wrote on a GoFundMe page for the family. “Lina leaves behind a family who will miss her so dearly including a son and two grandchildren.”

The relatives organized the fundraiser because they can’t be there in person to support the family because of COVID-19 restrictions. They’re asking for $10,000 to help the family with bills while Leonilo recovers plus funeral and medical expenses.

Several people wrote messages of remembrance on the GoFundMe, including a former student.

“Marcelina was an amazing teacher who taught my brother Josh and I to be kind-hearted and good people,” Euna Shin wrote. “She was a beautiful person inside and out with the biggest heart.”

So far more than $8,000 has been donated to the family’s fundraiser.