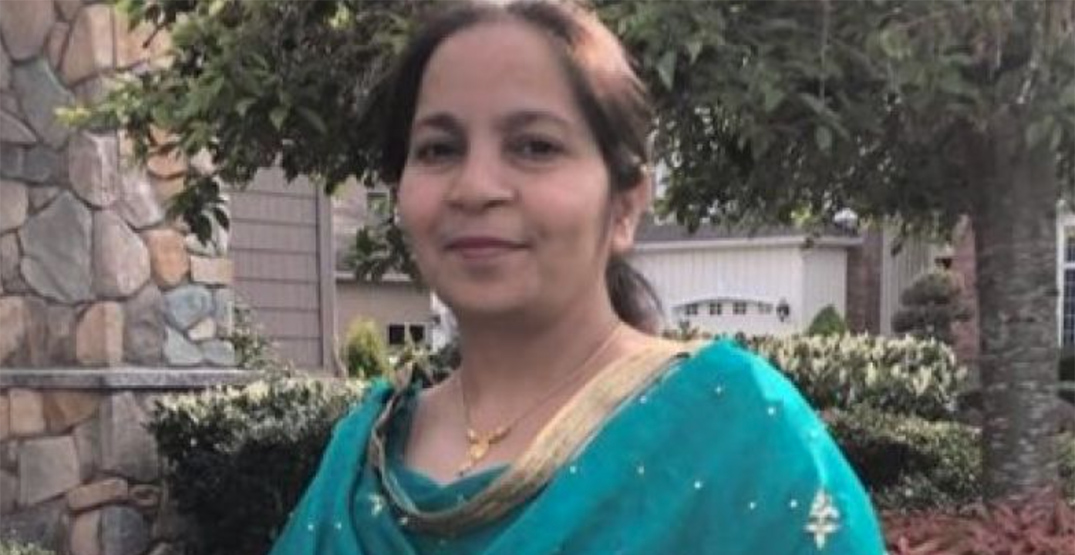 Before Surrey mother Paramjit Masutta was killed by a runaway cargo truck in Surrey this week, she managed to save her daughters by pushing them out of the way.

That’s according to her husband Daljit Masutta, who shared details of the tragic incident on a GoFundMe page launched Friday.

He’s coming to terms with the sudden loss of his wife of 26 years just days before her 49th birthday.

“That was Paramjit — always keeping her kids safe,” the fundraiser reads.

The unoccupied delivery truck rolled into traffic near 144 Street and 61A Avenue on December 15. It struck a car and then hit Paramjit, according to Surrey RCMP.

It was just before 3 pm, and Paramjit was walking her children home from school.

“Paramjit was the most beautiful, dedicated mother to twin girls and a loving wife,” her family wrote, calling her quick thinking to save the girls “heroic.”

The couple had just bought a new house in the area, but now Daljit is left as the sole earner. He doesn’t have many family members here in Canada, and is asking the community for $10,000 to help with expenses as he deals with his wife’s death.