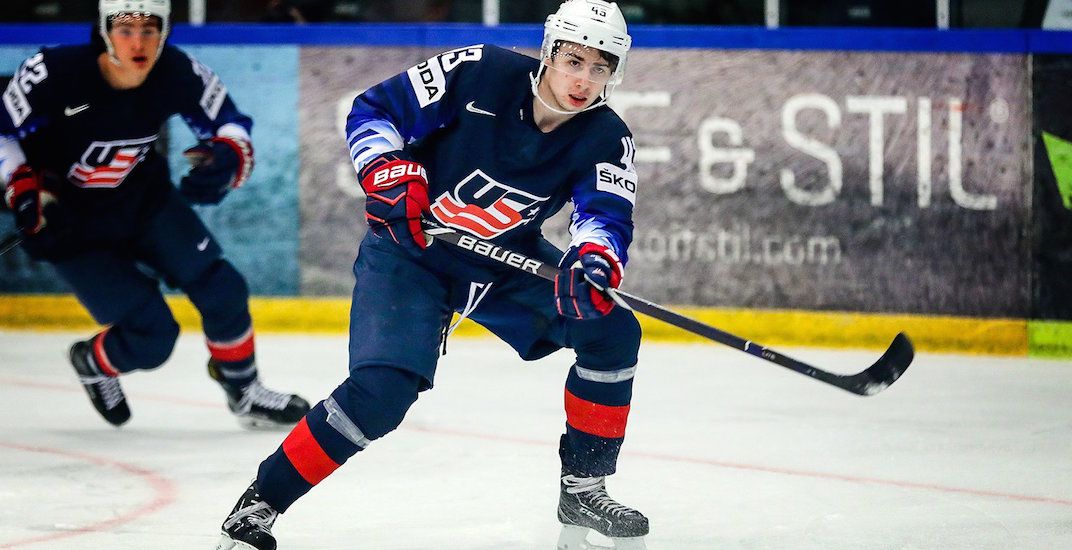 In yet another lost season for the Vancouver Canucks, the arrival of a stud prospect has piqued interest once again.

This time, things are a little bit different.

It’s true that every year since the Canucks have failed to make the playoffs, an intriguing prospect has made his debut for the team at the end of the season. In 2015-16, it was Nikita Tryamkin. 2016-17 was the arrival of Brock Boeser, and Adam Gaudette made his debut last season.

However, things are a bit different this year with the arrival of Quinn Hughes. He’s arguably the most hyped Canucks prospect of that bunch. Not only that, but there’s a sound argument that he’s the most hyped defensive prospect in Canucks history.

📍 YVR. Catch up with Quinn Hughes as he touches down in Vancouver to join the #Canucks and begin his @NHL career. pic.twitter.com/73waBGTtKi

To determine that however, we have to look at the rest of the Canucks former prospects on the back-end to determine if that is true. The Canucks have picked defenceman high in the draft before, but not many of them match the potential that oozes from Hughes.

This name might be the most unfamiliar on this list, and that’s because J.J. Daigneault was traded after two seasons in Vancouver. He was a promising young player for the Canucks, but played on some awful teams during the mid-1980s.

Coming into the draft, Daigneault was rated sixth overall by NHL Central Scouting after being named the QMJHL defenceman of the year in 1982-83. He was injured for most of his draft year, which explains why he slipped to the Canucks. Although never an elite offensive blueliner, Daigneault did win a Stanley Cup with the Canadiens in 1993.

In typical Alex Edler fashion, the 20-year-old broke into the NHL fairly quickly and quietly after some solid play with the Kelowna Rockets and Manitoba Moose. He was starting to draw attention when he was with the Moose but wasn’t the most highly-touted prospect coming out of the draft.

The Canucks have had some misses on defencemen in the first round, but Rick Lanz was a worthwhile pick at seventh overall. He was the Oshawa Generals defenceman of the year for three straight seasons and played for Canada during the 1980 World Juniors.

Lanz made the jump to the NHL at 19 years old, solidifying the Canucks choice to select him high in the draft. Injuries meant he missed out on the Canucks run to the Cup Final in 1982, but he was a solid contributor in Vancouver for seven seasons.

Although Garth Butcher ended up being a nasty customer and a stay-at-home defenceman for the Vancouver Canucks, he was actually an offensive defenceman in junior. With 178 points and 548 penalty minutes over his last two seasons of junior, he was a top prospect coming into the 1981 draft.

The offence didn’t pan out at the NHL level, but Butcher was a rugged and beloved defenceman for Canucks fans. He spent ten years in Vancouver and was usually reliable for 15-20 points and 200+ penalty minutes.

The hype surrounding Dale Tallon was largely overshadowed by the fact that the Canucks lost out on Gilbert Perreault. Tallon was a good player in his own right but only played in Vancouver for three seasons. Perreault, on the other hand, put up 1,326 points in 16 seasons for the Buffalo Sabres.

In an era where big boy hockey was very much prevalent, Bryan Allen drew comparisons to Derian Hatcher prior to the 1998 NHL Entry Draft.

Unfortunately for the Canucks, Allen was never close to reaching Hatcher’s level. His foot speed was a problem, and he didn’t hit his prime until after he left Vancouver. He had a career-best 25 points with Florida after he was shipped to the Panthers as part of the Roberto Luongo deal.

In this age where it’s easier than ever to watch and track prospects, it’s fair to say that young players today are hyped up more than ever before.

It’s also fair to say that Jim Benning had some pretty lofty expectations for Olli Juolevi when he picked him as the first defenceman off of the board during the 2016 draft. Juolevi was picked ahead of other notable defenders such as Mikhail Sergachev, Charlie McAvoy and Jakob Chychrun. While injuries have stalled Juolevi’s development, he still projects as a second-pairing defenceman for the Canucks.

Hype and turmoil engulfed Mattias Ohlund’s early career in the Canucks organization. Ohlund decided to play in Sweden for three years after being drafted by the Canucks. During that time, he led Sweden to a silver medal at the World Juniors in 1996, and was named as the tournament’s best defenceman.

The hype train was rolling by then, but it was nearly derailed when the Toronto Maple Leafs signed Ohlund to a five-year, $10 million offer sheet. Thankfully, the Canucks matched, and Ohlund went on to enjoy 11 fantastic seasons in Vancouver.

Luc Bourdon’s life was cut far too short in 2008 when he passed away in a motorcycle accident at the age of 21. Prior to that, Bourdon was a solid defenceman for the Moncton Wildcats in the QMJHL. He also won two gold medals with Canada at the World Junior Hockey Championships, including one on home ice in Vancouver. 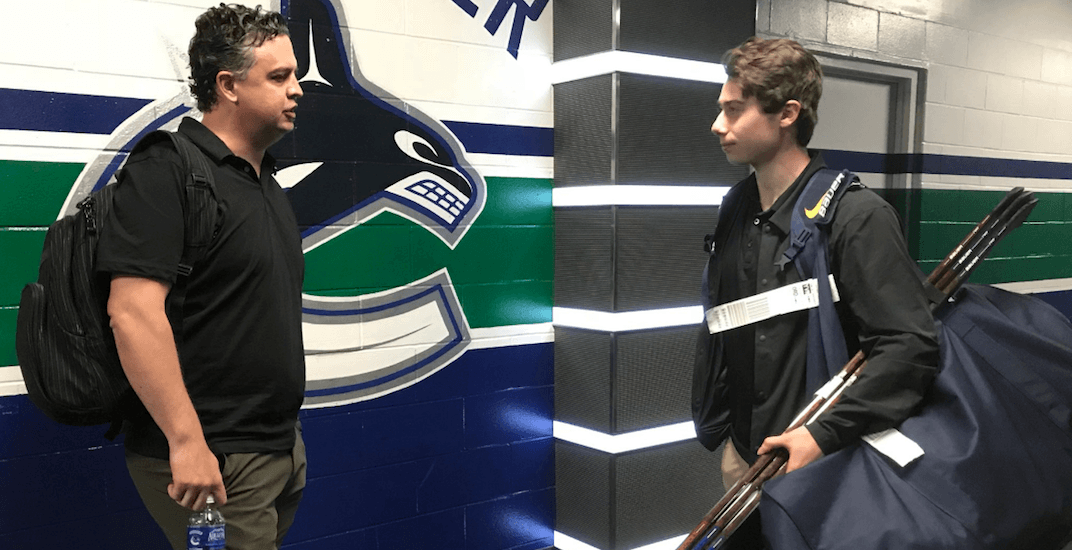 With all due respect to the other defencemen on this list, Quinn Hughes is undoubtedly the most hyped defence prospect in Canucks history. A small part of that is because it’s easier to follow prospects than ever before, but mainly it’s because Hughes possesses elements the Canucks have never had in a defenceman.

No one in team history on defence has the combination of Hughes speed and puck skills. You can bet on the hype train gaining steam, with Hughes now officially on the Canucks NHL roster.