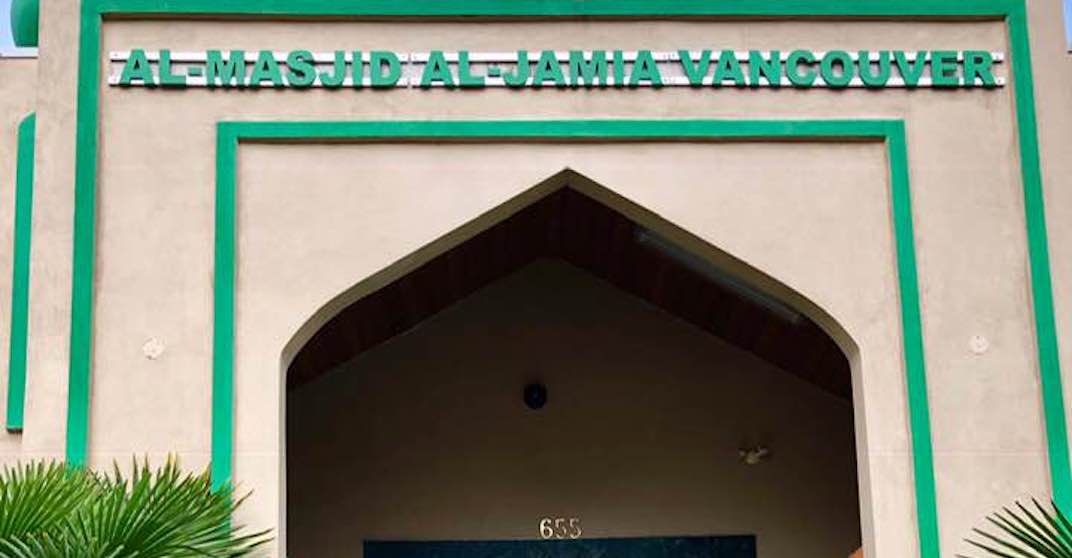 The oldest mosque in Vancouver has began broadcasting its call to prayer on loudspeakers at sundown for the first time in the mosque’s history.

For the last few evenings, the call to prayer, or azan, has been broadcast at sundown at Al Masjid Al Jamia in Vancouver, to signal the break of the day’s fast.

The azan takes place five times a day as a call to ritual prayer for Muslims, but the broadcast will take place only at sundown until the end of Ramadan on May 23.

The oldest mosque in BC, Al Masjid Al Jamia was established in 1963 and has been a hub for the Muslim community in Vancouver for some time.

“The mosque is still not open for the public prayer at this time, but being able to do the public azan, the call to prayer, during this time of Ramadan it marks the end of the fast on that particular day, and it coincides with sunset and the evening prayer,” said Haroon Khan a trustee for the mosque in an interview with Daily Hive.

“It’s definitely an inspiration for our community and hopefully for all communities that one day we can all get back to normal and gather at our mosques, our temples, our churches, our synagogues, all those places to be able to worship where we like, to congregate where we like, be in public places with one another, and we’re praying that this COVID-19 gets over with sooner rather than later.”

Khan says that although the community is unable to gather, they can remain connected through the prayers which will be broadcast until the end of Ramadan.

“It has a dual meaning for us during this month of Ramadan, we refrain from eating or drinking from dawn to dusk, we’re in that period of fasting, so when we make this call to prayer, especially when we’re making it in public, it’s so people from all walks of life and all faiths can hear this and hopefully give people some inspiration and hope,” said Khan.

“We’ve been grateful to have a close relationship with Vancouver City Council, and Mayor Kennedy Stuart. They’ve been very gracious, and very accommodating to work with us to ensure we can share this call to prayer with our communities.”

Khan says a movement has started to build around the world, especially during this time, and the call to prayer has been broadcast in many places in Europe, the US, other parts of Canada, and around the world.

“The call to prayer is not very long, it’s a few minutes long, and it’s to feel some sense of faith and taking comfort in being able to express that faith,” said Khan.

“It signifies that hopefully, the worst is behind us regarding this COVID-19. It’s a great opportunity to pray for everybody, and for all of humanity that we get through this crisis together.”

Khan says the mosque would usually be busy during this time, but the community can feel close even while apart through the call to prayer.

“It was a big hub of activity, so to see it quiet is difficult, but it was very beautiful to have the call amplified, where you hear the sound of the call to prayer ringing down the streets on West 8th Avenue where we’re located, was something very special.”

“It’s a very active time at that mosque and at mosques all over, and for us we provided daily iftar, meaning that we would serve free meals for the entire 30 days, we would have literally hundreds and hundreds of people every day that we would break bread with, enjoy dinner, have prayer and then have another even longer prayer in the evening.”

He added he hopes this prayer is a signal of hope to people of all faiths and all communities during this time.

“We stand with all faiths. This isn’t just for our Muslim community, it’s really something for all communities and we want to really thank everybody that made this possible.”