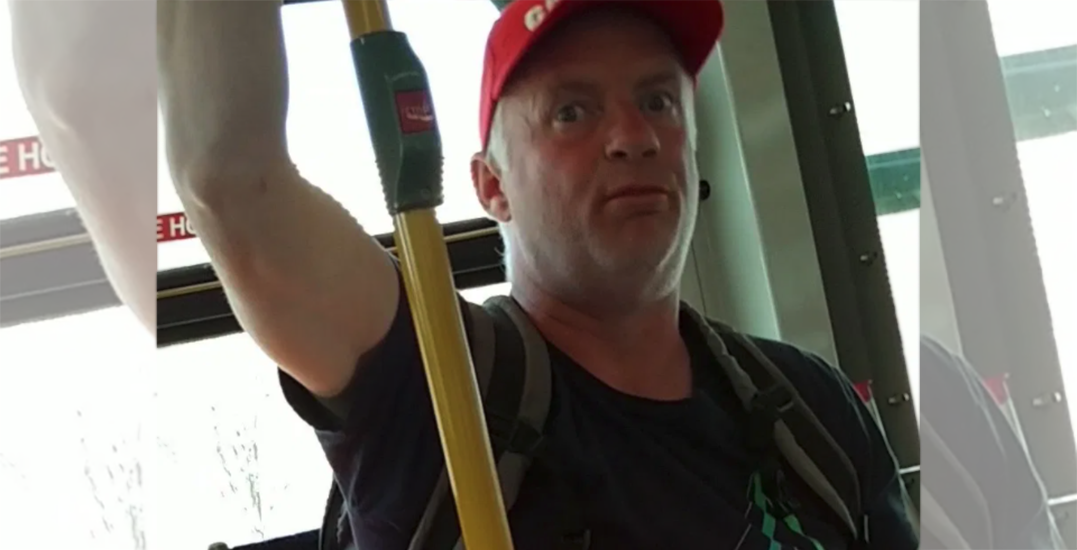 Metro Vancouver Transit Police are asking for the public’s help in identifying a suspect in a violent assault of a Good Samaritan who stood up against his racially discriminatory comments on a bus last month.

Police say the incident took place at approximately 4:25 pm on April 15 when a man boarded a bus at Main Street and East Hastings in Vancouver.

The man directed his attention toward the women, telling them, “Go back to your own country; that’s where it all started.”

Police say a Good Samaritan sitting across from the man tried to intervene and told him to leave the Asian women alone. This led into a brief argument between the suspect and the woman, and he allegedly threatened her.

The suspect then got up and allegedly kicked the woman in the leg. When she tried to stand up and defend herself, the suspect allegedly pulled her hair so hard that a clump of hair was ripped from her scalp.

The suspect allegedly punched her multiple times and wrestled her to the ground. While she was pinned to the floor, she was able to fight the suspect off.

The suspect left the bus and police say he was last seen near Commercial Drive and East Hastings.

“Violence and racism have no place on the transit system,” said Transit Police in a statement.

The suspect is described as a Caucasian male, 45 to 55 years old, approximately 5’6”, and 180 lbs with a “stocky” build. He was wearing a red baseball hat with the letter “V” marked in the centre, a blue T-shirt, light grey sweat pants, and blue shoes, and he was carrying a dark grey jacket with a grey backpack.