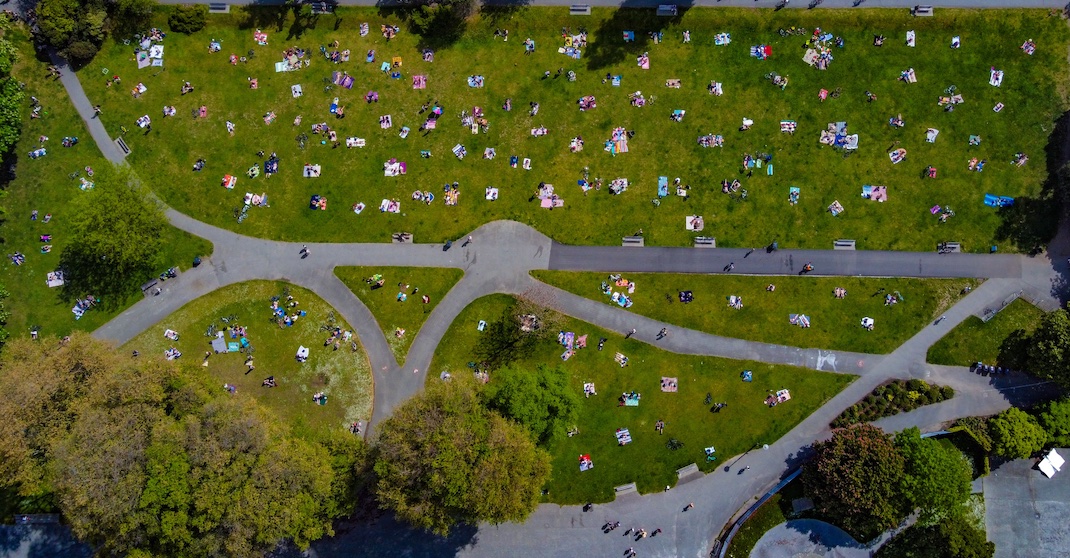 Under normal circumstances, the first sign of warm weather in Vancouver would send crowds of people flocking to the beaches to soak up the summer sunshine.

This past weekend, however, Vancouverites saw that the circumstances were far from normal, but the results still seemingly the same.

On Mother’s Day weekend, temperatures climbed to near 25° C, bringing hundreds of people to beaches in Vancouver, sparking some outrage at those appearing to ignore physical distancing guidelines.

While some Metro Vancouver residents questioned whether or not distancing was being observed on beaches, some images from above show a different picture.

Aerial shots taken at 3 pm on Mother’s Day at Kitsilano Beach by Vancouver resident and photographer Claude Schneider,  appear to show groups maintaining some distance between them. 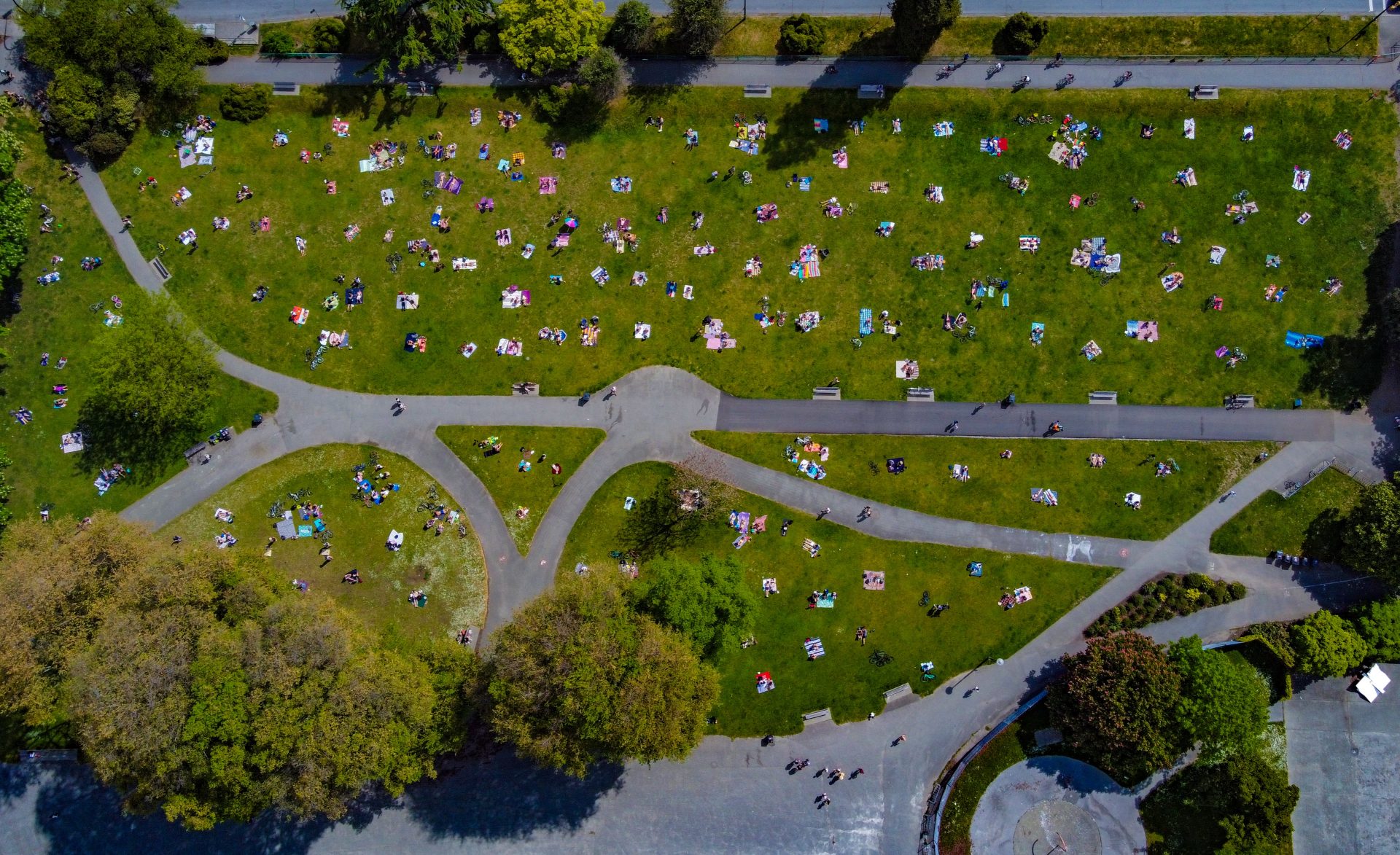 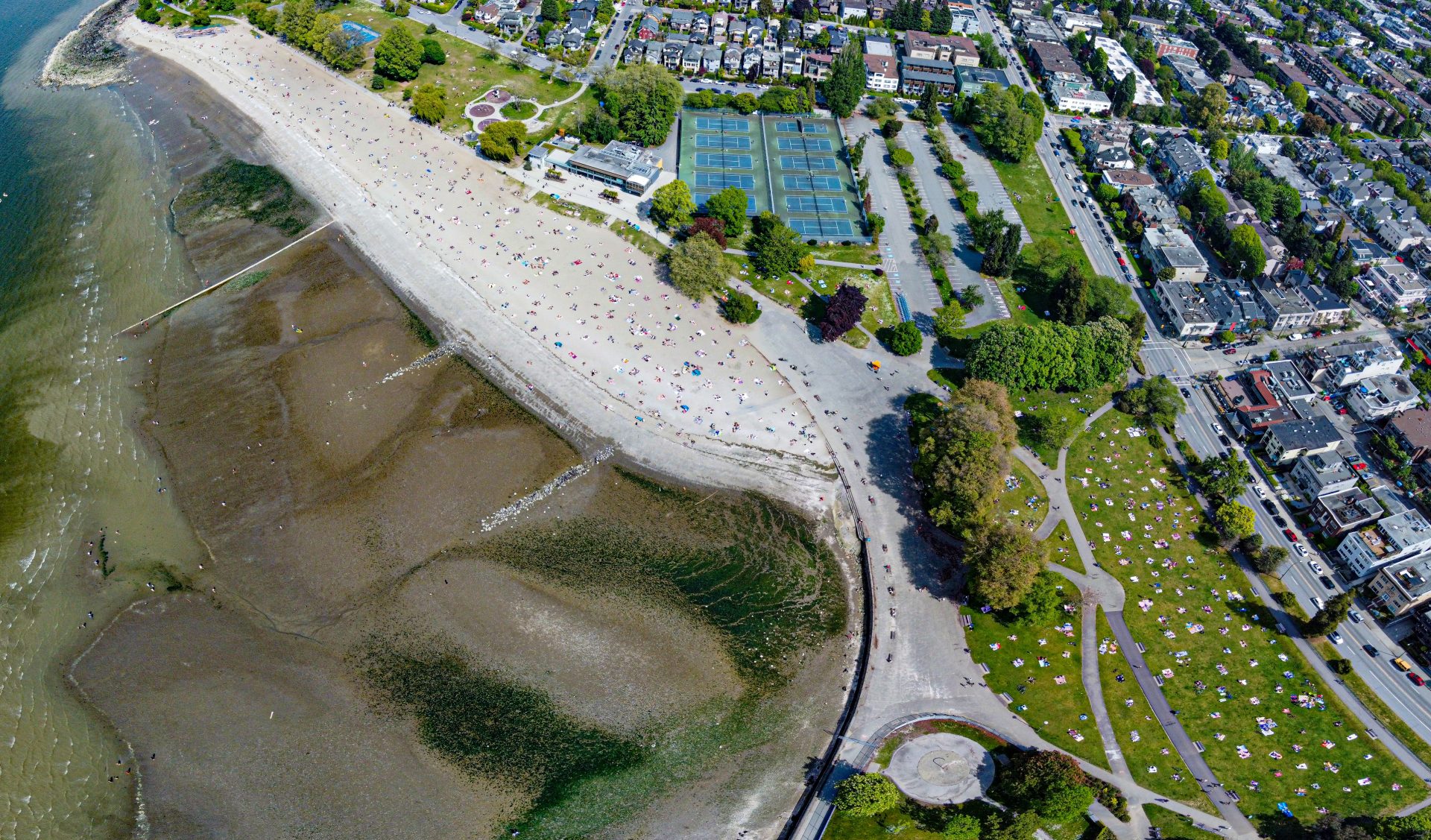 Ahead of the first phase of restrictions being eased in BC on May 19, Provincial Health Officer Dr. Bonnie Henry says she believes most people are in fact following guidelines.

“I had the pleasure of getting outside myself a few times this weekend, and I did see lots of people. The vast majority of them were in small groups, they were sitting apart from each other,” said Dr. Henry in her daily press conference update on Monday.

“I think the vast majority of people are doing the right thing and taking this to heart.”

According to the numbers, over the weekend, 1,880 warnings were issued by the Vancouver Park Board, and as a result, Vancouver’s park and beach lots will remain closed for the time being.

Despite the warnings, Dr. Henry said BC will not take a punitive approach to physical distancing.

“We do have bylaw officers, and we have others who are able to provide individual advice and warnings to people, but we are not taking a punitive approach in this province. And that’s worked for us, and it will continue to work for us,” said Henry.

She also commented on the importance of not focusing on the small minority, as she believes most people are following the rules.

“People were reasonable. I think we can sometimes get caught up with the small minority of people who are maybe having too much fun, and are disturbing those of us who are trying to keep a little bit separate,” said Dr. Henry.

“The vast majority of people are doing the right thing and that’s what we need to do for the coming days and months: to be able to go outside, to be social with each other, but to maintain those physical distances, and to be respectful of others around us as well.”